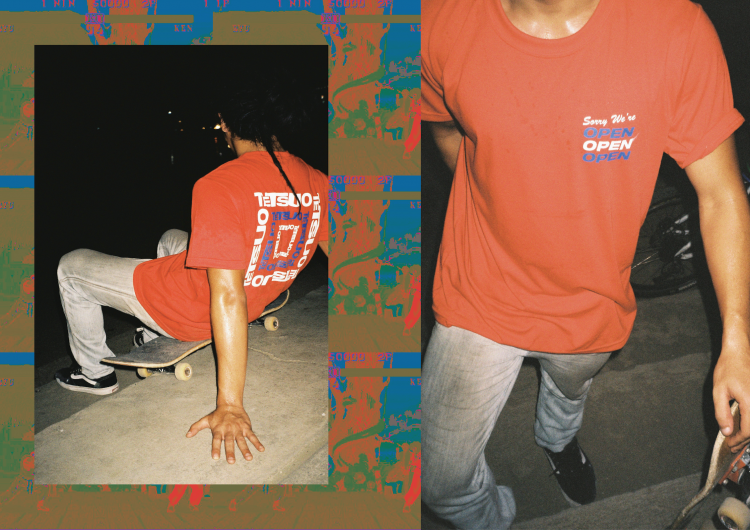 From starting out as a single stall in Ateneo de Manila and the Mercato food market, Tetsuo has expanded into a multi-brand entity in itself. While they’re known for their savory umami fried chicken, their merchandise is an equally flavorful sight to see.

Their latest Spring Summer ’18 release, posted on their Facebook, wholly deviates from the kitchen and dives into the world of skate apparel. The collection comprises of brightly colored crew neck tees that make for a ready-for-summer fit. Coming in purple, blue, yellow, black, and red, they feature the distinct Tetsuo logo and a play on the ubiquitous “Sorry, we’re closed” signs usually plastered outside restaurant doors. The “Sorry, we’re open” tagline has been previously used in their pop-up at DULO last January 23.

With some of the shots in the look book set in Katipunan, we’re considering this release a preamble to their Katipunan store, which is opening very soon in Esteban Abada street at Loyola Heights, Quezon City.

Check out the lookbook below.