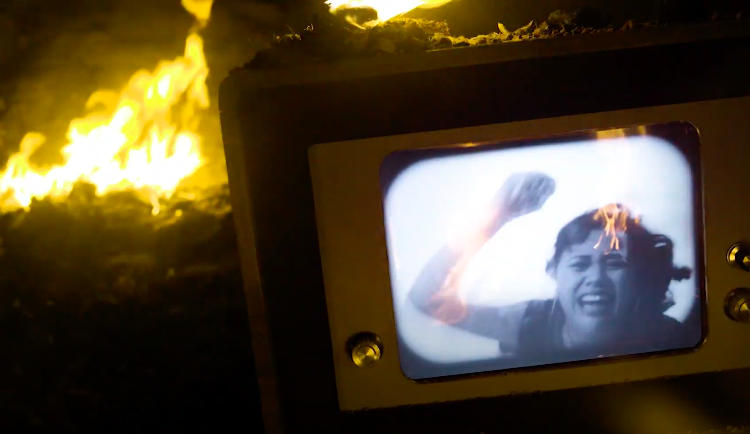 Cinema Centenario’s physical cinema had to say goodbye, but it doesn’t mean it’s completely over for them. Their story continues as they shift to their virtual cinema MOOV—and this year’s Maginhawa Film Festival (MFF 2020) certifies it.

On its fourth run, MFF is serving up compelling stories in their Open Category and Student Category from Nov. 11 to 22. From their pool of promising narratives—including solitude tales and alarming encounters—we picked some titles we’re looking forward to the most.

This Cinemalaya 2020 Best Film presents us a meet-cute between two people from different timelines—but it’s not your typical kind. One night, while a Bontok Igorot man named Limmayug carries firewood back to his home village, he meets a 1950s mestiza star trapped inside a television.

A 17-year-old who overshares on social media finds herself alone in a terminal, waiting for a ride home after an eventful day out. To solve her boredom, she checks her profile and random people’s Instagram stories. After posting another story about her misfortune, she receives a suspicious reply from an unfamiliar follower.

Synopsis: The film “fml” revolves around Lexie-a 17-year-old teenager who overshares in social media. After an eventful…

Lola Mame, who’ve experienced the horrors of World War II, tries to conceal her trauma from her son through cooking. However, her painful past can’t be hidden forever.

As a transferee, Maggie San Pedro tries to win friends through Baon Royale—an underground game by Grade 5 Malusog. In the game, a student competes to win the approval of their gamemaster Maestro by offering him the best-tasting baon.

A law student who wants to forget her ex finds a way to delete her memory of their relationship. But in the process, she accidentally deletes everything she has reviewed for her upcoming bar exam instead.

Synopsis: A law student struggling to forget her ex finds a way to delete her memory of him and their entire…

See the full lineup for the Open and Student categories here. Open Category and Student Category access passes are priced at P120 each, while the MFF all-access pass is at P200 (early bird at P160).

SHAREIt’s a dark day for press freedom. Just a month after ABS-CBN’s shutdown,...