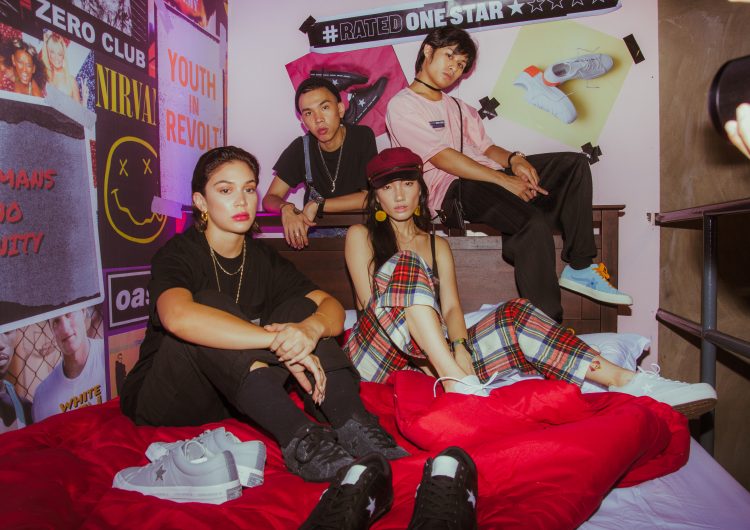 When people are always chasing after the next big trend, staying true to yourself becomes an act of rebellion in itself. While it’s easy to get carried away by the currents, you shouldn’t be afraid to go against the tide and follow your own stream, especially in the creative industry.

This is the essence of Converse One Star’s #RatedOneStar campaign: not caring about what’s hot or not, cool or uncool. To our Converse ambassadors Rjay Ty, Jessica Yang, Andre Drilon, and Jess Connelly, One Star isn’t a rating; it’s a mindset. A festivity. A toast to disorder and to staying true to oneself. All these things—however frowned upon in a usual setting—are inevitable in order to thrive as a prolific creative. Last week’s One Star Pop-Up at Dulo, Poblacion was a celebration of that.

To our Converse ambassadors Rjay Ty, Jessica Yang, Andre Drilon, and Jess Connelly, One Star isn’t a rating; it’s a mindset. A festivity. A toast to disorder. 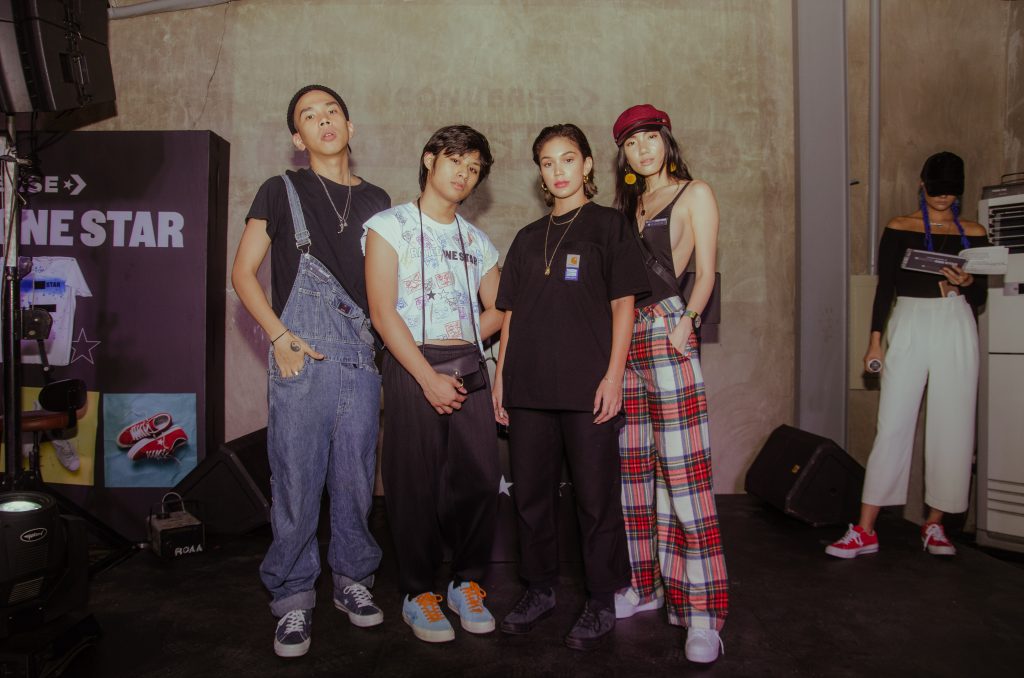 The event started off with a co-creation session where all four artists, along with other guests, got to showcase their craft skills with custom-designed Converse tees. The activity truly let their personalities take center stage, as Rjay, Jessica, Andre, and Jess all came up with designs that were telling of their own unique styles. Afterwards came the actual party where the entire Converse community came together, while the ambassadors opened the night and shared their talents on the floor—namely Rjay with his hip hop performance alongside Bawal Clan and Jess with her signature R&B serenade.

So how exactly does one keep it real and live out the One Star core? “I think stagnation is really boring,” artist and model Andre Drilon shared. “If you go through the same cycle and routines that most people have been going at for years, that’s not ‘creation.’ It’s automation.” But where does one draw inspiration when it seems like there is nothing left new to discover? One could argue that everything is just a copy of a copy, transformed into a different version to digest. According to Andre, it means carving out your own source of inspiration instead of searching outwards. “I don’t even look at pegs much. I think Pinterest is a poison and people should think more of their own vision,” he pointed out.

“You don’t fight it; you accept it, internalize it, and figure out why.” 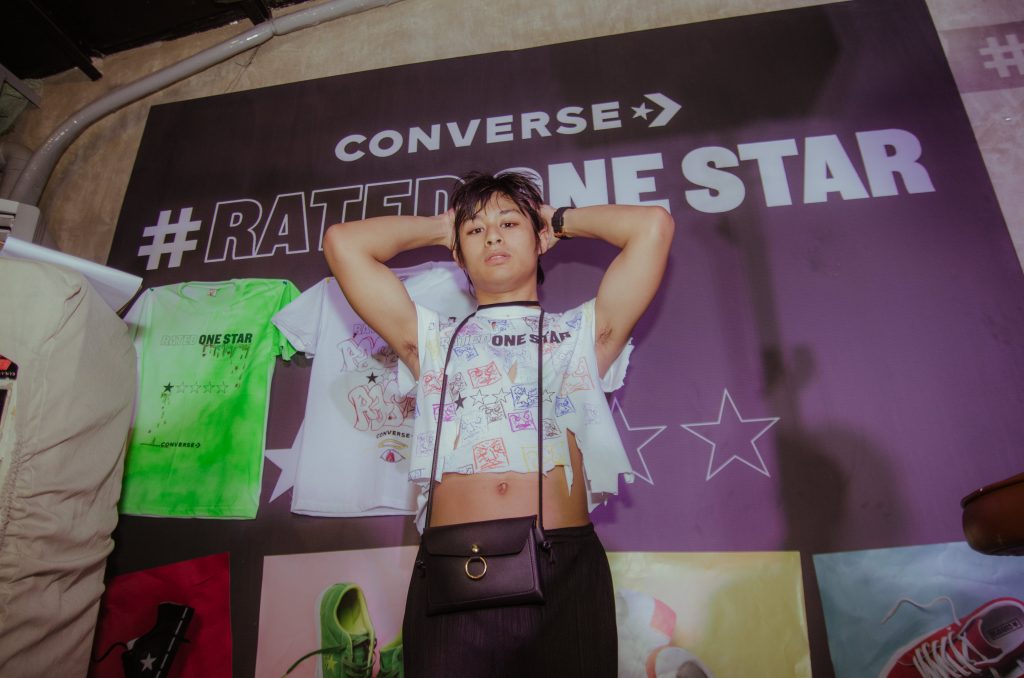 In a similar way, model and illustrator Jessica Yang is also a firm believer of creating one’s own path, but not just for the sake of being distinct. “You don’t have to be actively different from people just to stand out,” she advised. “It’s more like, you should just be who you are and if people notice, then great.” Unfortunately, not everyone is blessed to be naturally likeable for their true personalities, but that’s far from being a crime. In fact, the heart of the One Star manifesto is being okay with disapproval.

“If you go through the same cycle and routines that most people have been going at for years, that’s not ‘creation.’ It’s automation.” 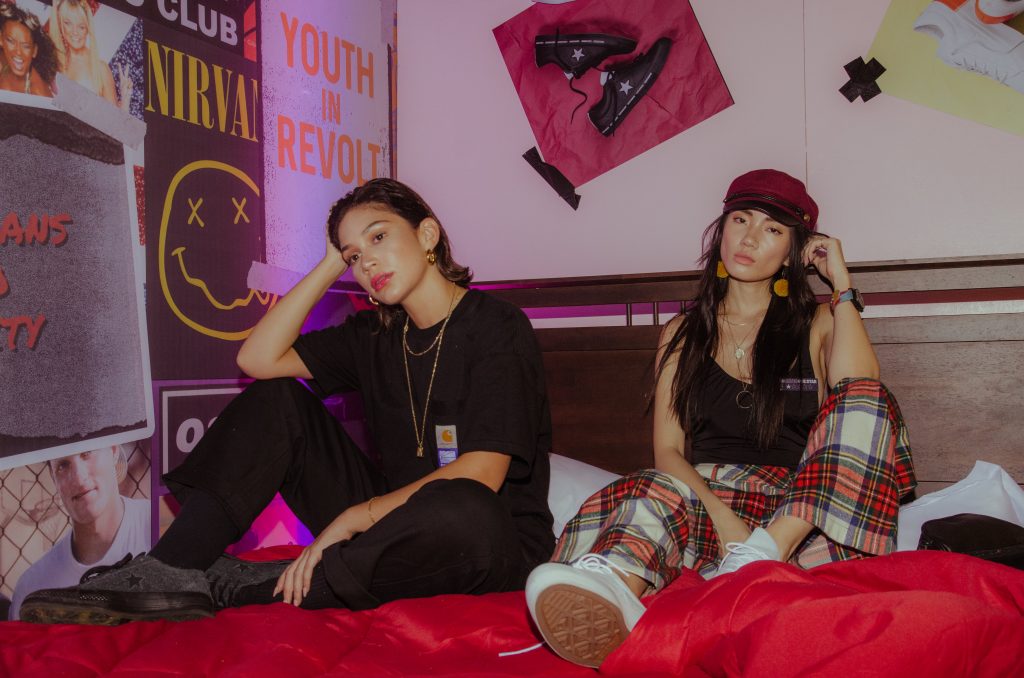 For entrepreneur and hip hop artist Rjay Ty, disapproval and criticism is always going to be part of his daily humdrum, and so learning how to deal with it becomes an important skill. “As an artist, some of my ideas can get really crazy,” he stated. “Like when I’m working on a track or visual, I know people will always comment. But sometimes you just have to not think about what others will say and just go for it.” 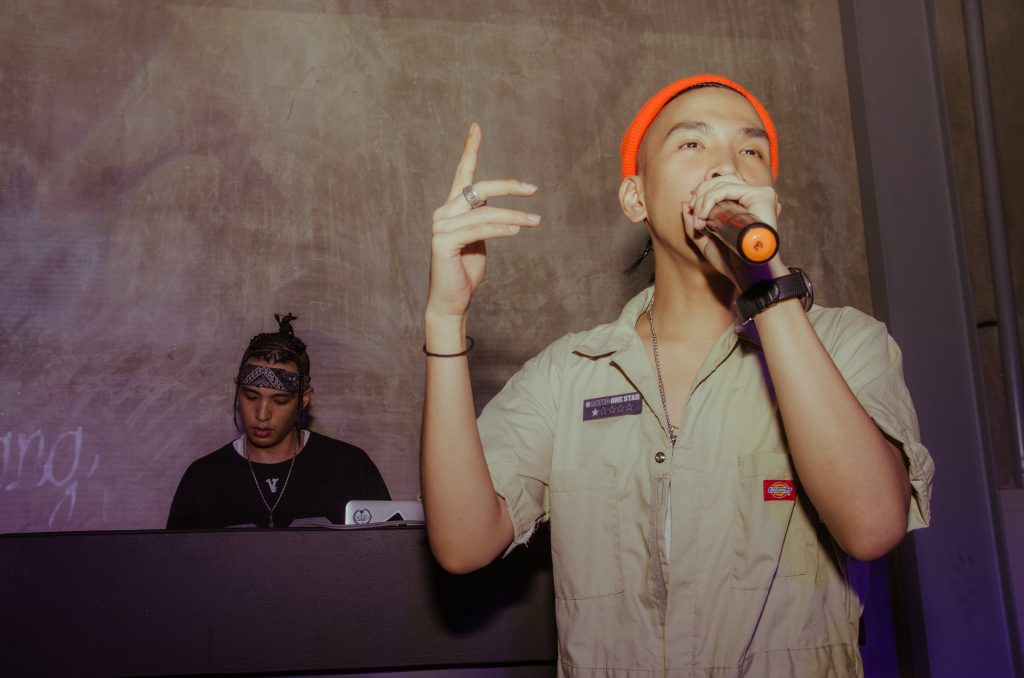 However, different folks handle criticism in their own ways and not all strangers are as kind to give away just a shake of their head. On Andre’s part, being himself has even gotten him bludgeoned with harsh words and near harassment. “I’ve been dissed and bullied and there have been several opportunities where I could have fought back,” he shared. “But I didn’t. Hate is hate. I think we should put more positivity in the world instead.”

“…You should just be who you are and if people notice, then great.”

Lucky for Jessica Yang, positivity is just a byproduct of her approach in life. “Being ‘One Star’ is just so much more fun,” she quipped. “I used to be a ‘five star’ girl obsessed with being the best, but now that I’ve embraced imperfection, it’s become even easier for me.” But, again, everyone’s journey is unique to your own, so what’s a walk in the park for you may be an uphill battle for another. 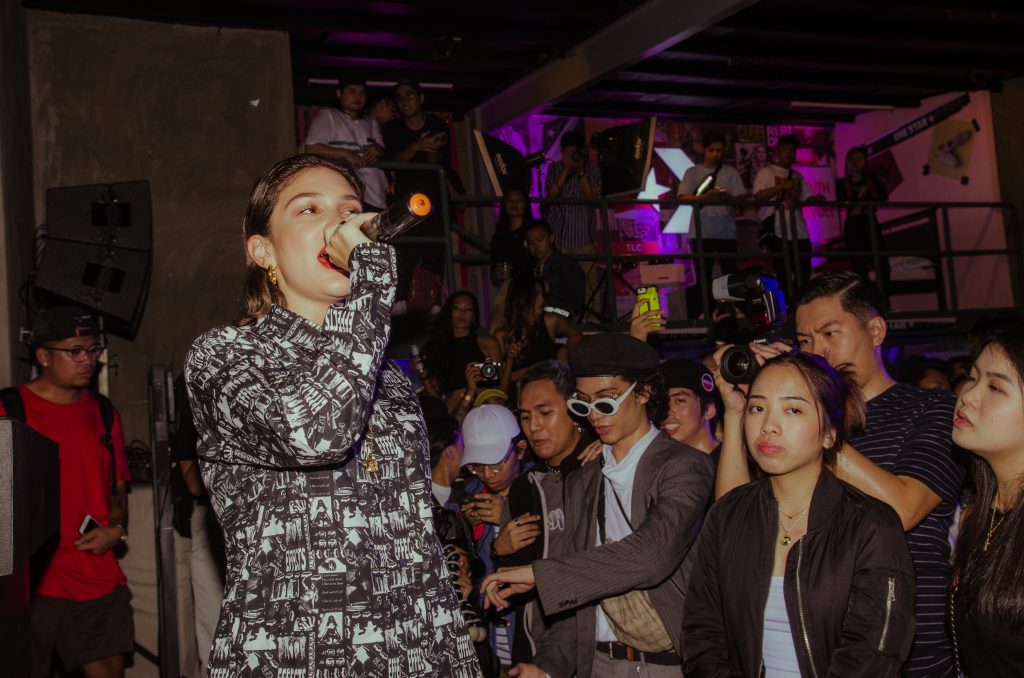 R&B singer Jess Connelly has been on that jarring road way before most of us, but standing her ground eventually proved to be a win. “I’ve been strong about [doing my own thing] from the beginning and that’s something I wouldn’t change about myself,” she recalled. “Now, it’s more normal to think for yourself and not just fit into what society wants you to be. When I first moved here, it wasn’t ‘normal’ for girls to wear baggy clothing. Now I see girls not just wearing men’s clothes but [even] girls shaving their heads. So, it’s like, fuck trends, I’ll just do whatever I want.”

“…Fuck trends, I’ll just do whatever I want.” 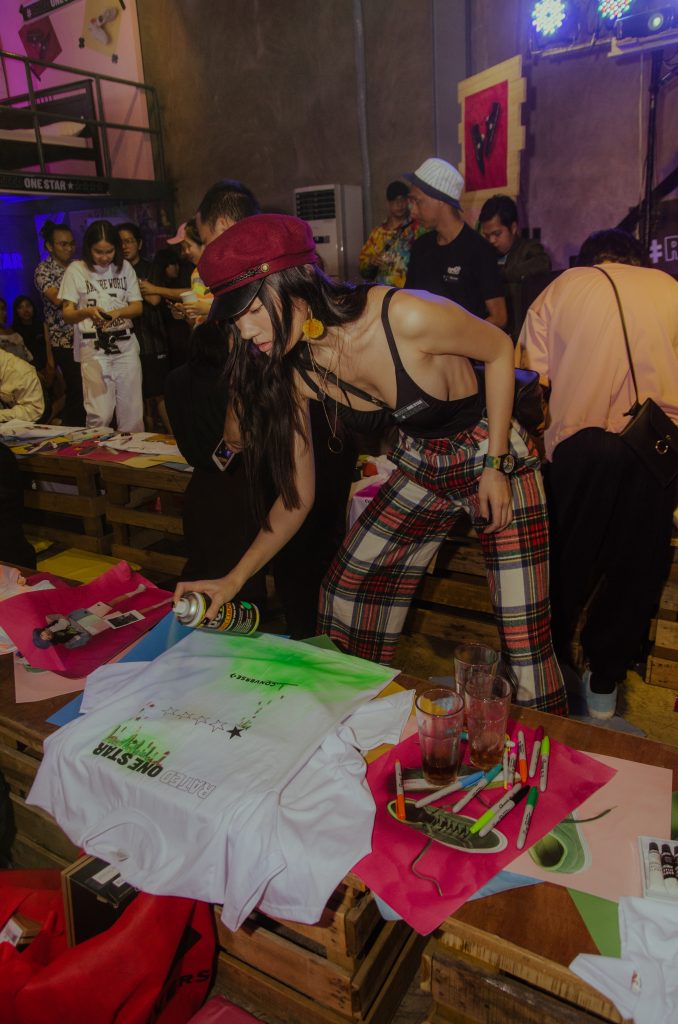 Ultimately, keeping it real boils down to being comfortable in your own skin. “I think One Star just means being okay,” Andre explained. “There’s this archetype of what’s ‘ideal.’ We should stop thinking in terms of categorization and be okay with not being okay. You don’t fight it; you accept it, internalize it, and figure out why. That’s when you overcome it and become more—you become One Star.”

Relive more of the night in photos here.

by Isabella Argosino
Photos by Kris Villano for The Visual Club

SHAREAs her stint in Asia’s Next Top Model and her winning run as...

SHAREWe caught wind of Stranger Things back when the trailer was released, and we binged-watched...

SHAREThe Anti-Terrorism Bill may have seen several dissenters with the #JunkTerrorBill campaign, but...