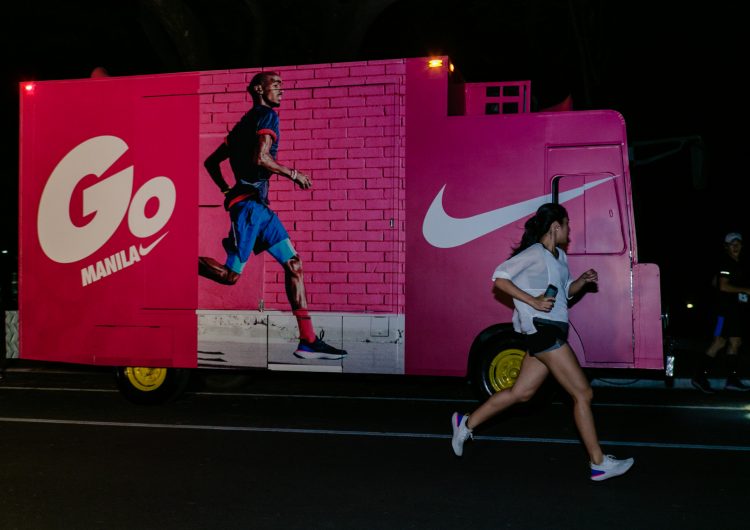 For those who haven’t quite gotten around to fulfilling their New Year’s fitness resolutions, now is the perfect time to start. As part of their Enable the City Campaign, Nike has been holding weekly runs at different venues since March 8 this year. The runs are free; you just need to sign up for an account at Nike, or simply walk in to join a run.

If you’re someone whose only experience with running involves the kind that goes after deadlines (or any kind of metaphorical running, really), we feel you. We put on our barely-used running shoes and joined the Nike+ Run Club last Friday for a night run at U.P. Diliman to see if beginners can last 5 kilometers (two and a half trips around the oval!) without lying down on the jogging path in defeat. Here’s how we did:

With over a dozen coaches and pacers present, everybody is handed a neon band and led in a group stretch and warm-up. We were out of breath by the time that finished. Things may not be looking too good for us!

The participating runners were an eclectic mix. It was easy to spot experienced runners by how far ahead they were, but there were also runners from all levels and ages. Pacers coming up from the very back of the bunch were calling out words of encouragement just when the thought of defeat crossed our minds. 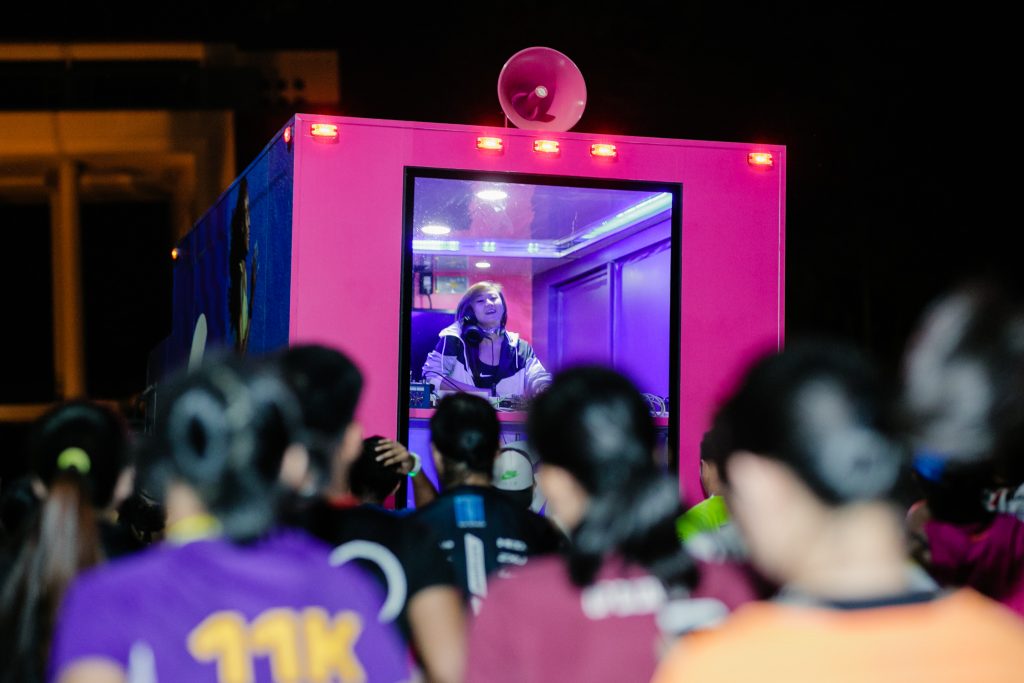 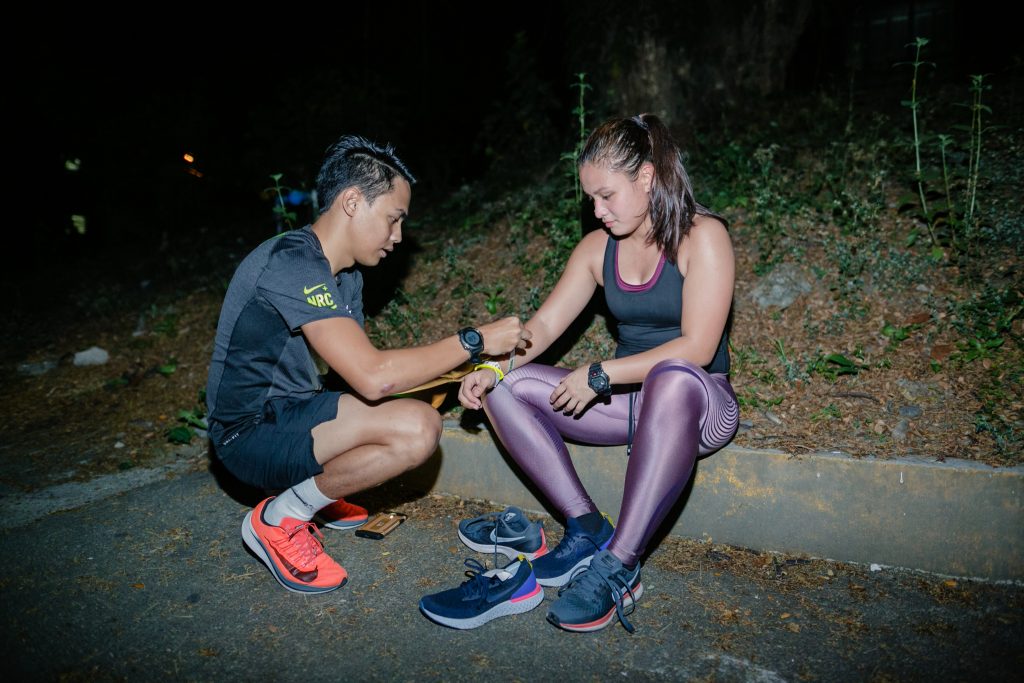 But let’s not forget the highlight of the night: the party bus. All pink and decked in neon lights, with a DJ playing upbeat music to motivate our flailing, whining spirits. It made a couple of stops for spontaneous dance sessions and fittings of Nike’s newest running shoe, the Nike Epic React Flyknit (we wrote an in-depth review here), and water breaks.

While having our new shoes definitely helped, it gave us and several other runners a surprising spring in our steps, lessened fatigue, and took the edge off of any foot pain. Plus, having a great community to run with, encouraging pacers running (and some dying) alongside you, all the while chasing after a neon pink party bus made completing five whole kilometers a breeze. While it definitely was no walk in the park, Nike may just have made running a lot better by combining running and partying—a refreshing way to spend a Friday night. 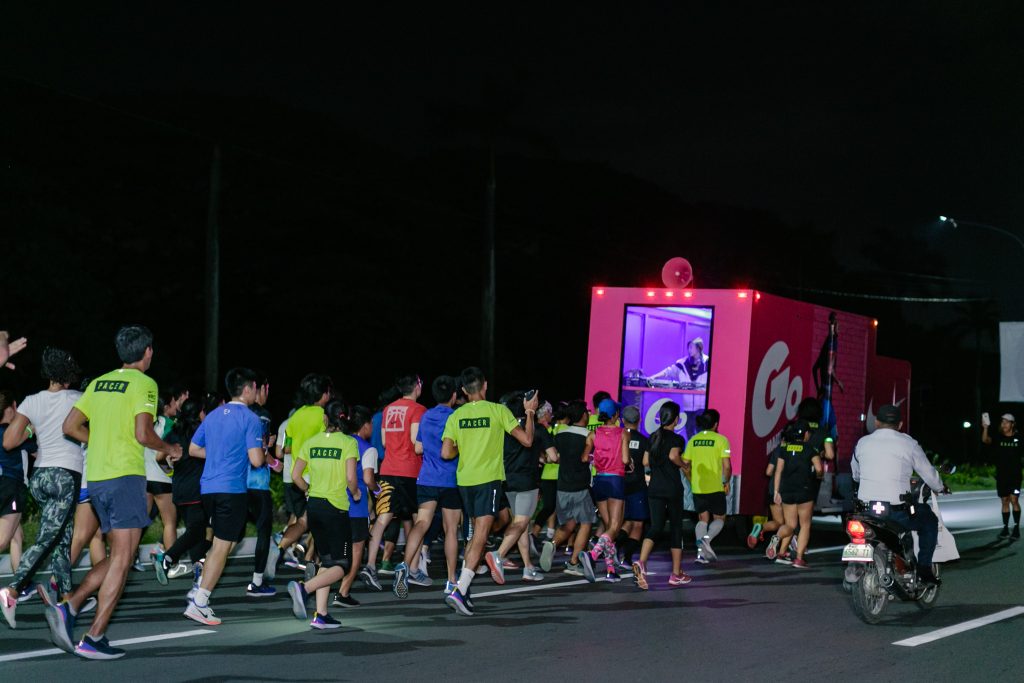 Now you, too, can put on your running shoes and join the fun, every Friday night at 7:35 PM at the A.S. parking lot, U.P. Diliman with the Nike+ Run Club. While you’re at it, you can also be part of the funnest run to beat all fun runs on Go Day, April 22, 4:30 PM at U.P. Diliman! You may sign up for free via this link.

SHAREThe 15-second teaser to the trailer of the all-female spinoff that is Ocean’s...