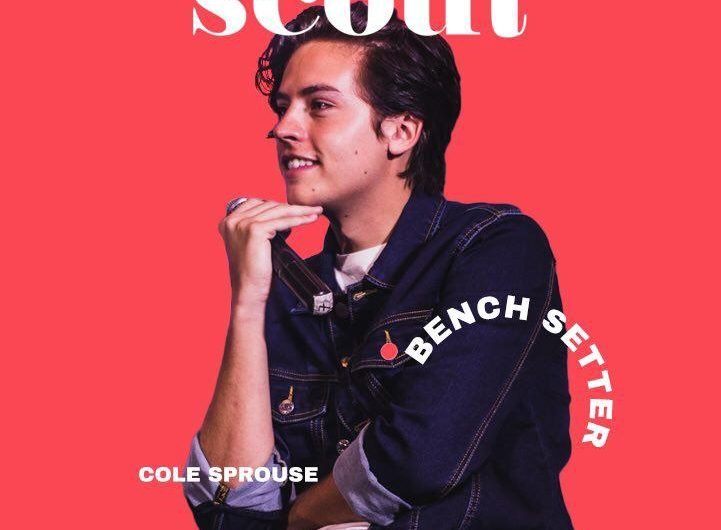 When Bench announced Cole Sprouse as the newest addition to their roster of international endorsers—or, as they call a #GlobalBenchsetter—it immediately caused a unanimous titillation among the Generation Y demographic. Most of his fan base grew up watching him on Disney’s “The Suite Life of Zack and Cody.” Even then, he was loved for being the smart, “voice of reason” half of the rambunctious Martin twins. But as Cole graduated from “child star” to “brooding heartthrob,” so, too, have his fans evolved.

While the “Riverdale” star did take a break from the limelight to focus on his studies at NYU, he continued to sustain our attention with his hilarious and relatable social media personality. I mean, it’s like a page from “Stars—They’re Just Like Us!” And, just like us, Cole also goes through online existential crises and #Millennial woes.

Sometimes before I leave the house I wave to my laptop camera just to brighten the day of the FBI agent. Friendliness is contagious you know.

I was sad until I automatically connected to the local McDonald’s WiFi, then I was ~extra~ sad.

Our favorite, however, is his lesser known but equally funny Instagram page, @camera_duels. It is exactly what it says: an account that is “dedicated to the people out there who secretly take photos of me, and how I take photos of them first. May the fastest camera win.”

#camera_duels #Bulgaria #RageUnending #neversafe Look at this shit. See these kids? I did too. Apparently someone caught me dueling a two children…what have I become? That may look like a smile on my face but don’t be fooled, thats pure anger of a 24karat composition. My trip to Bulgaria taught me that Bulgarians really don’t give a damn. The men: built like boulders on Popsicle sticks (always skipping leg day). The women: all babushkas in training. Thankfully the archaeological site was fun… if you like working outside and filter feeding manure through a sheet of dust…archaeological Darwinism, the strong survive. But seriously, Bulgaria, say hello to Asiz, I’ll be back soon

At yesterday’s Meet And Greet held at Makati Shangri-la, we got the chance to ask him about it and this is what he said.

Can you tell us about your second Instagram account, @camera_duels? You haven’t updated it in a while, but how did it start?

It started from pure existential rage. But really, it was just an idea I had when I was still working on “The Suite Life.” Media wasn’t really a thing on the Disney show until pretty late in the game, then I realized Instagram would be the perfect platform. It used to annoy me, and it was a way that I could gain a little power back in the scenario and poke fun at it at the same time in a light-hearted way. So I started curating it like I was really angry about it, but I really wasn’t. It was actually therapeutic for me. It took all the strangeness of those events… You know, people taking pictures of me in the bathroom. Then it became palatable for me so I stopped doing it for a little bit. So now that I’m getting more and more annoyed again and my existential rage is coming back slowly but surely, I’m gonna start doing that.

Have you had a lot of people, you know, just come up to you and take pictures?

Social media and fanaticism is so based around the image that it’s much more common now. It’s part of the daily life. But when I was younger, it used to annoy me. It wasn’t the right way to deal with it, so I used that account.

SHAREEver heard of the trope “Bury Your Gays?” If not, you might have...

SHAREEveryone’s pretty amped up for Makoto Shinkai’s latest film “Weathering With You.” It’s...