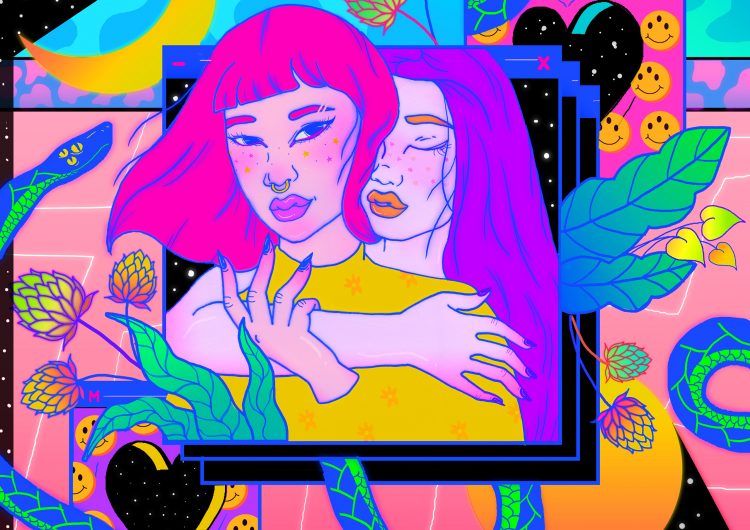 Thank the heavens for the internet—a nifty tool that has blessed us with more options for meeting people you click with (literally and metaphorically). With social media practically acting as a catalogue for a myriad of personalities, we have all had our fair share of attraction towards someone we may not have even met before. I mean, if you follow the same playlists on Spotify and enjoy the same Twitter humor, you must be at least 1/4 “soulmates,” right? Such is the premise behind “your favorite kuya” Mark Redito’s newest track, “Cloud Keep.” In the song, Abbi Press also lends her vocal chops as she sings about digital attraction and the beauty of connecting with a stranger.

The vibrant bop, which is Mark’s first release after a two-year hiatus, is a modern love song at best. In the past, Mark has worn many hats—from his electropop outfit Cocolulu and his drummer days with Aggressive Dog Attack, to his most notable moniker, Spazzkid. His new material exhibits the same nostalgic funk sound that captivated fans, with an added air of dynamic energy and bounce that makes you want to get on your feet.

The last time we spoke with the prolific producer, he was all about shedding his former persona and maturing completely into his own self, which explains the title change from “Spazzkid” to solely his own, Mark Redito. His newest track, as he explains it, is the product of finally overcoming a creative block—something he has been raring to do since early 2016. “A lot had happened in my personal life during that time and that may have affected my creativity; I still loved making music, I just didn’t feel as inspired,” shares Mark. “I knew I had to start doing something about it, so I implemented a daily writing practice where I started or finished a song every day.”

His prior release, 2016’s “You’ll Only Love Me When I’m Gone,” was just the tip of the iceberg that he’s been building. Mark, a stark advocate for equal representation of minority artists, continues to utilize his platform—with his latest music video featuring a diverse cast while shedding light on LGBTQ relationships. “Cloud Keep” paints a picture of youth culture, embracing vulnerability, and what it means to love in this age. Its playful beat and lush soundscape leaves listeners refreshed and at ease—like a pleasant aftertaste left by sweet strawberry bubblegum. Like the song description reads, “If this isn’t what being in love feels like, then what is?”

Watch the official music video for “Cloud Keep” below.

SHAREby Mica Magsanoc Art by Gian Latorre While songs such as “Look What...

SHAREAs the eSports field reaches great heights that no server crash can pull...

SHARERevere’s “War Against” collection calls attention to the eye for its striking graphics...