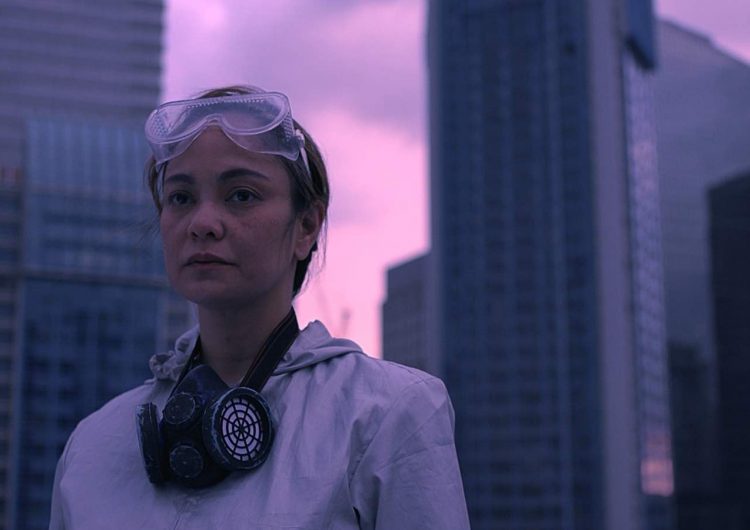 Last May 1, TBA Studios gave us yet another quarantine present—a full copy of Mikhail Red’s “Neomanila” easily accessible on Youtube for free.

The film debuted at the 2017 Quezon City International Film Festival, then was released in theaters last Mar. 2019. If you missed out, now’s your chance to watch it. Who would pass up the chance to watch Eula Valdez be a badass?

It is finally here! My 3rd film #Neomanila (2017) is finally available online for free! Stream it legally on Youtube! Thanks TBA and Waning Crescent Arts! https://t.co/CSaw2II13Z

The film follows Valdez’ hitwoman character Irma as she befriends a street orphan named Toto. As they form a mother-daughter relationship, Irma trains Toto to become an assassin while juggling assignments from her corrupt police boss. All of this unfolds under the neon lights of a seedy Metro Manila.

“Neomanila’s” backdrop is a grim, noir-style Metro Manila that’s been ravaged by President Duterte’s drug war. The narrative becomes a thought exercise as the characters grapple with moral ambiguity. Are we supposed to root for or abhor them?

If you’re racking up Filipino indie films to watch, it’s time to add “Neomanila” on your watchlist. What better way to catch up now that there’s a safe and legal way to support your filmmakers?

SHAREFor some, quarantine gave us the opportunity to go back to reading—a hobby...

SHAREBalangiga: Howling Wilderness is a coming-of-age film by Khavn. Except it’s not your typical...