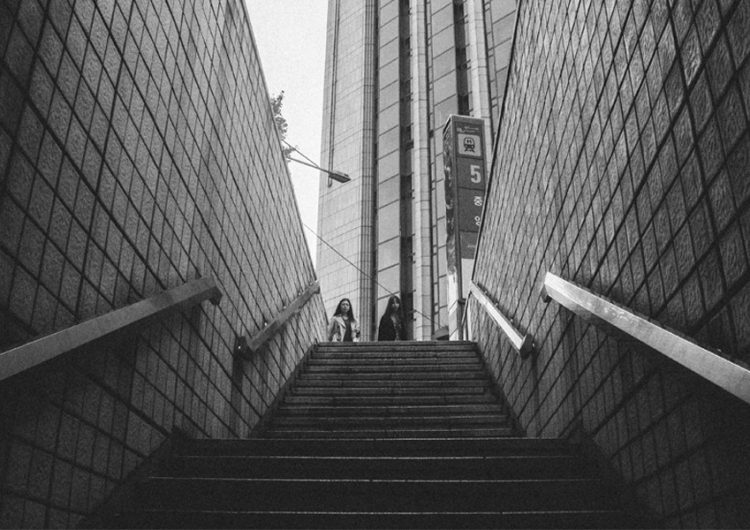 Haruki Murakami’s “On Seeing the 100% Perfect Girl One Beautiful April Morning” is a short story that attempts to articulate the brief but impactful moments shared with strangers. Romantic feelings and prior acquaintance notwithstanding, there is a certain yearning for people to know more about strangers in the middle of the harsh landscape of the city.

Diane Jacinto‘s “Stalking Strangers” photography series is not only a visually affecting piece in itself, but also an attempt to articulate this same yearning for connection. We get to know more about Diane and her work here:

Can I ask what the Stalking Strangers series is about?

I want them to feel that they’re part of the photographs and of the momentary seconds in the lives of these people.

How did you take an interest in photography?

I think it started when I was in fourth year high school. I wanted to document my last months in high school so I would borrow my family’s digital camera everyday, bring it to school and take photos of my friends, classmates, and whatever I found interesting

What do you want people to feel when they see your photographs?

This story is part of our #SeenOnScout series, which puts the spotlight on young creatives and their body of work. Diane  and many other creatives shared their work at our own community hub at Scout Family and Friends. Join the Scout Family & Friends Facebook group right here, and share your work with us in the group or through using #SeenOnScout on Twitter and Instagram.