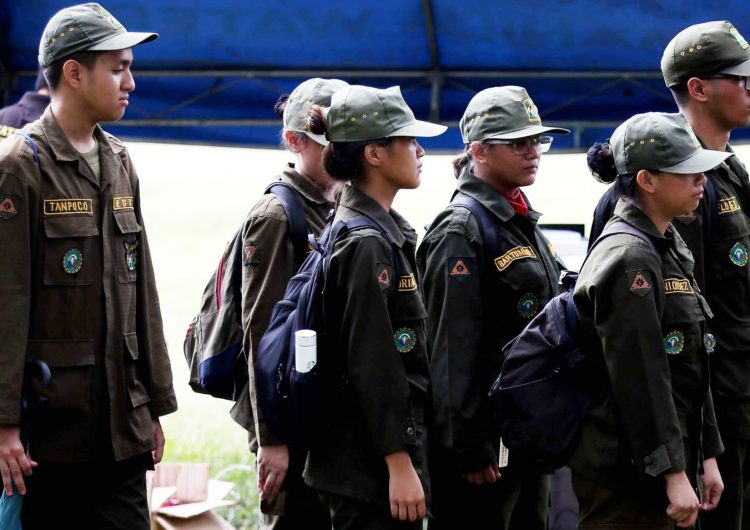 NOVEMBER 24, 2018(FOR FILE) University of the Philippines’ ROTC cadets at the Sunken Garden in UP Diliman. President Rodrigo Duterte has said he might issue an Executive Order requiring Reserve Officers’ Training Corps for Grades 11 and 12.INQUIRER PHOTO/LYN RILLON
SHARE

Almost four months after its second reading, the House has approved House Bill 8961 or “Reserve Officers Traning Corps (ROTC) Act” on its third and final reading. This is the revival of the ROTC for grades 11 and 12 students in both public and private schools. This bill was approved after a 167-4-0 voting result, according to Inquirer.

Aiming to modify Republic Act. No. 7077 or the “Citizen Armed Forces of the Philippines Reservist Act,” HB 8961 is said to cultivate an atmosphere of patriotism, respect for human rights, healthy virtues, and abidance to the Constitution. Aside from the students who have gone or are currently under a similar military training, those exempted from this graduation requirement are the physically and/or psychologically unfit, or are part of the school’s varsity team. Other exemptions should be approved by the Department of National Defense.

SHAREBy Nico Pascual Image: Instagram Even before Yeezy Boosts and Pablo merch were...