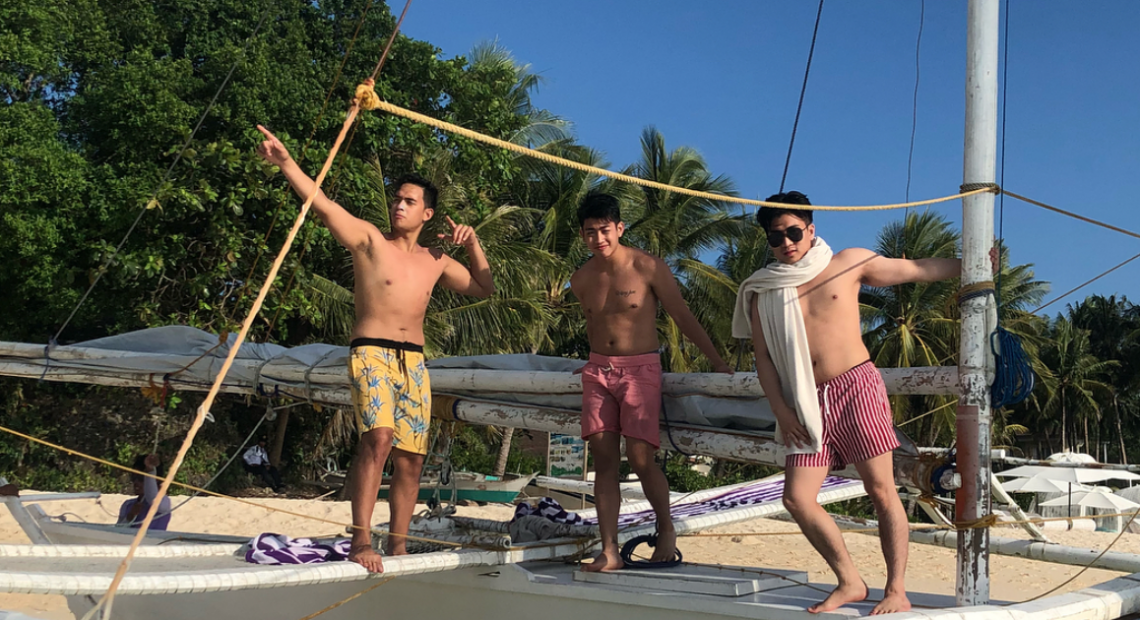 Boracay was once a tropical paradise for its clear blue waters and white as snow sand. For 6 long months, Boracay will be on shutdown so mother nature can sober up after being hungover ever since establishments invaded her shores. At first glance this was good news for environmentalists since a lot of people felt that Boracay was getting too trashed. However, even though the government provided the six month shutdown for the island’s sake, drama was met along the way.

Amidst the rumors of a Chinese-owned casino being put up and the flattening of a mountain, the island shutdown is turning more into a meltdown. Sadly, this isn’t a surprise to anyone anymore considering many upsetting governmental news. What’s really pissing us off are rich kids who have the audacity to post about their privilege, not considering the many beach-goers who are temporarily banned from the island. With the first half of 2018 coming to a close, we have a new candidate for spoiled kid of the year: Diego Loyzaga, son of current Tourism Promotions Board Chief Operating Officer, Cesar Montano.

Imagine if i never met the broskies

But before we add more fuel to the fire, let’s take some time to listen to his side of the story. Before claiming that these pictures were taken some time ago, his actions speak otherwise. While his post wasn’t viral yet, he was answering his haters in the comments section and referred to himself as a “local” (since locals of the island are the only ones allowed during the shutdown). Then again, once the media was involved, celebrities-turned-lawyers defend themselves. Aside from explaining the reason behind the picture, he also explained that the comment meant that he was a local of the country and not of the island. It doesn’t make sense: if it were really a throwback picture, why were the justifications necessary?

In the midst of all these, he was not hesitant to express and defend himself on social media. Below is a tweet he posted 2 days ago expressing his disgust from the criticism he was receiving.

Post a photo with another woman, issue
Post a photo of a throwback, issue
Lahat issue at pinaghuhusgan
How much longer can one deal with people na napakakitid ng utak. No wonder why so many people get depressed and quit showbizz cause of stupid ppl like u ☺️

We’re not denying that the life of a celebrity or a public figure isn’t a bed of roses. Influential people are often the most vulnerable because media has power to paint them however they want. But in Diego’s case, he should think more clearly about his actions. Given that Boracay’s shutdown is a very sensitive topic for many, he should know better than to strut in the limelight. It’s an inevitability that actions have consequences and people should take full accountability of what they do or say. The same way, it’s a truth that people make mistakes.

I guess we can learn a thing or two from this issue. First is be mindful with what you post. Second is to not strut exclusivity on a hot topic. We are in hopes that we don’t get any more drama regarding Boracay even though we know that’s virtually impossible. For now, let’s just hope for the best and, well, expect the worst.

SHAREIf Pikachu’s too tricky to catch, maybe this could be the next best...