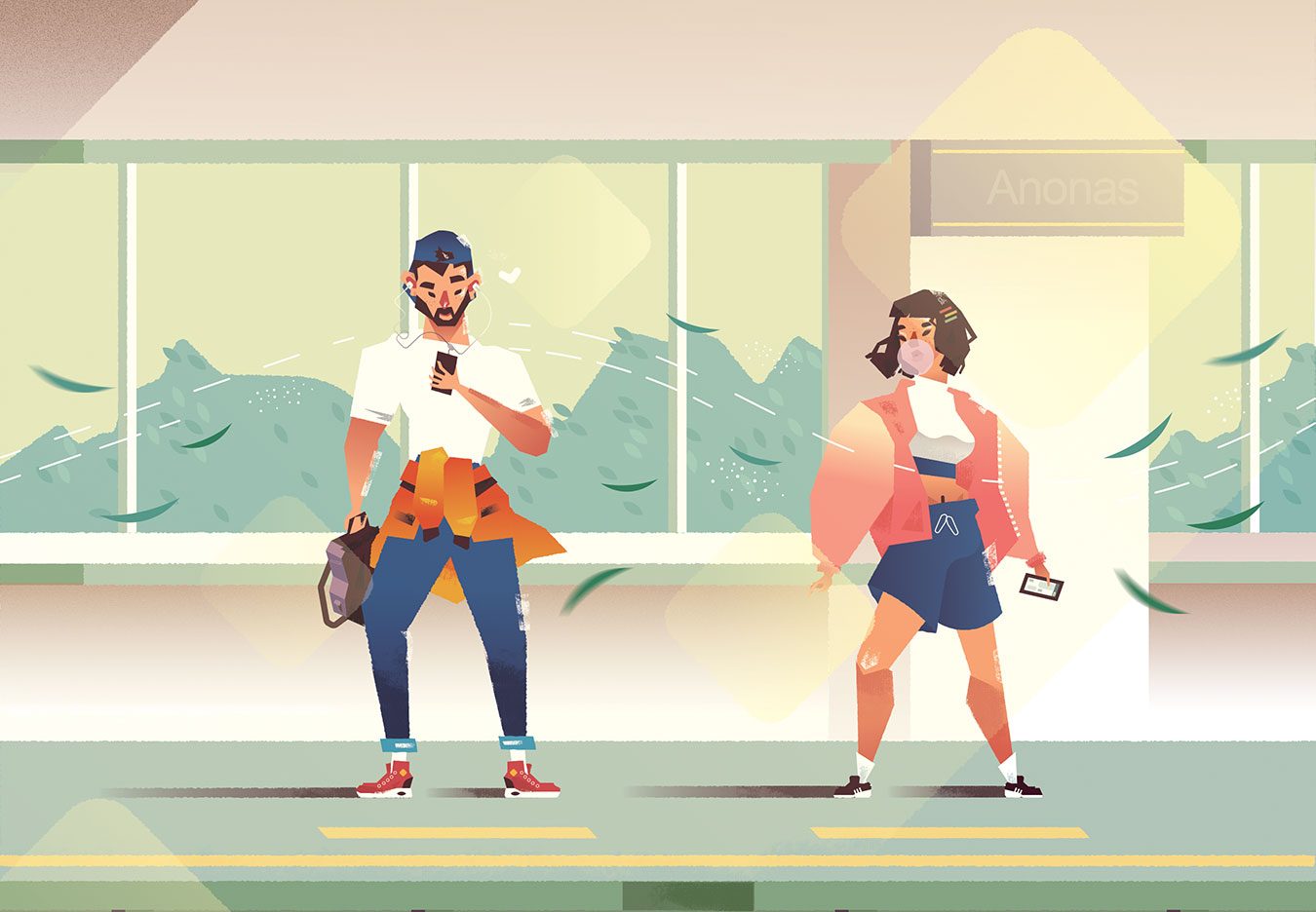 I believe I am part of the minority when I say I love commuting. I like taking the jeepney in the early afternoon. Or maybe I’m standing on the curb, waiting for a bus a few minutes after sunset. Or better yet, (as I have experienced this the most) I’m surfing the morning rush inside the MRT station in Araneta-Cubao. Time seems to fold when you’re in transit. It’s like the world is a map folding into itself, just for you to see the horizon run its course, while you remain in place.

“Time seems to fold when you’re in transit. It’s like the world is a map folding into itself, just for you to see the horizon run its course, while you remain in place.”

Commuting by train stands out compared to other modes of public transit. The jeep waits, the bus lingers, but the train comes and goes as it pleases. In jeeps and buses, your eyes can only reach as far as the bumper of the vehicle in front of you. Manila ceases to become a sea of bumpers and red lights when your vantage point is several dozen feet above ground. Down below, on the street, the cars’ horns wail and the smoke burdens with suffocating fog. Above, trains navigate the metro through fixed points with ease. You can see the landscape, the house behind the big white walls, and the surviving trees dotting the horizon.

Stand in the middle of the overpass of the Magallanes MRT station during the afternoon rush hour and you will see what I mean. It’s not like looking from the top of a high-rise. I’m afraid of heights, but being in the train doesn’t make me feel afraid. Maybe it’s because I’m not looking down but looking at what’s in front of me. I can be looking at the landscape that I was talking about. But most of the time I observe the people around me.

“Stand in the middle of the overpass of the Magallanes MRT station during the afternoon rush hour and you will see what I mean.”

It’s 7 p.m. on a Friday, and everyone’s personal space is reduced to skin contact. No space to check your phone. No space to do anything remotely productive. It’s down time and everyone is quiet. The world outside the train’s windows fades as we go underground and for a brief moment the inside of the train is as dim as it can get. I wonder, what’s on everyone’s mind as we collectively wait to get to the next station? To wait in line in front of the security checkpoint, only to wait in line again behind the turnstiles and finally perpendicular to the train tracks—what do people think about during those times? Are you thinking about someone else on the train? Are you also in  love?

I find myself falling in love during times of transit. I fall in love with strangers around me, because that is the least harmful thing that I could ever do to them. I fall in love with them because I can imagine the little stories their lives have, and how, just maybe, we can find a connection in this ungodly rush hour. 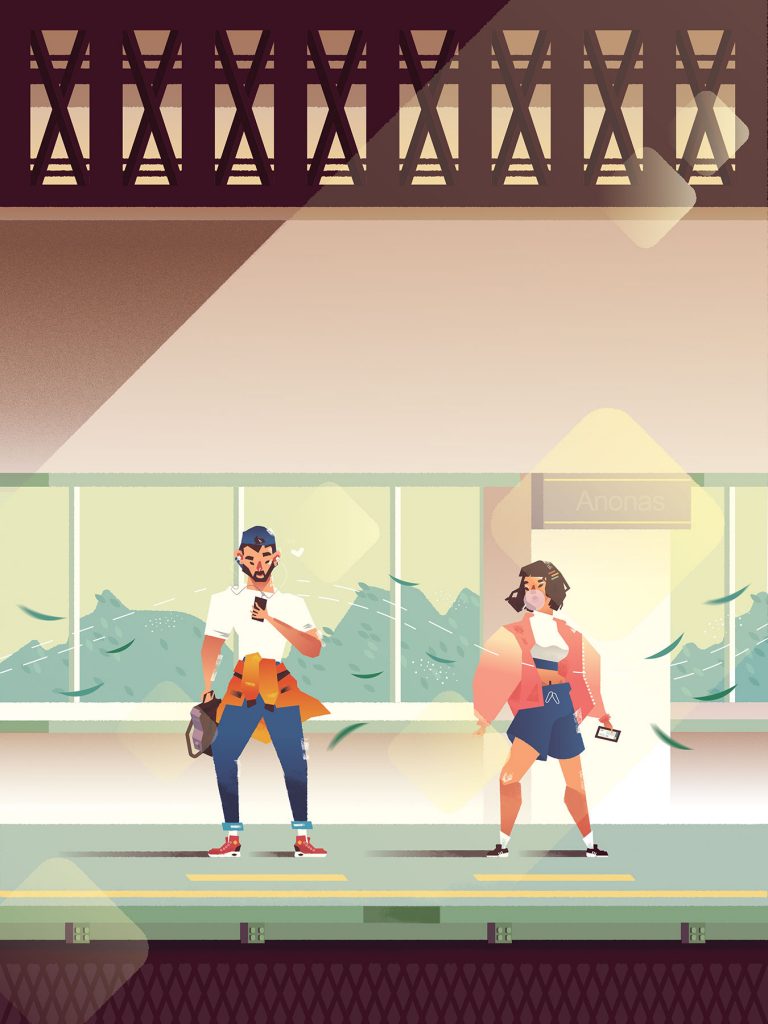 But the kindred time we have all spent together carrying the same burden of mass transit is ours. These are the fleeting moments I can cherish.

There’s just so much beauty made apparent when I see all these people in the train, all these strangers with their own worlds and their own problems and burdens. In the train, I feel like I am truly alive, truly present in the world. The problems we face can only be solved once we leave the station. The burdens we carry can only be lifted once we step our foot out of the train. But it’s nice to know that we are not alone in carrying burdens.

In mass transit, we are in a kind of suffering. But we are suffering together. There is still beauty to be found in us despite our tired faces and wet shoes and heavy backpacks and frizzy hair and wrinkly dress shirts and empty pockets and missed deadlines and heavy, heavy minds. We are all strangers on the train, living our daily lives in patchwork. We are all beautiful strangers.

This story was originally published in our March-April 2017 issue and has been edited for web. View the full issue online here. For physical copies, our delivery locations are listed here.

SHAREWe can never thank our healthcare workers enough, especially in today’s situation. In...