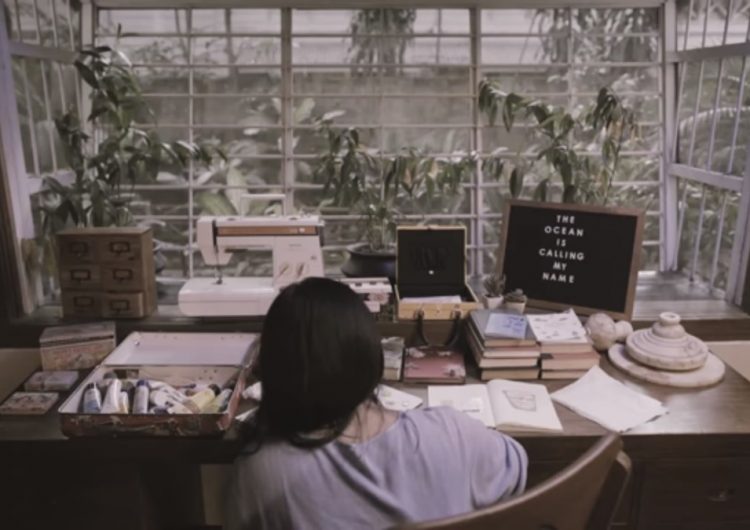 So far, Reese has released a total of three music videos namely, “Exploration No. 5,” Grammar Nazi,” and “St. Petersburg, and one lyric video for “Go Online,” all from her 2016 album Arigato, Internet!.

Just last Monday, Reese, took to her official Instagram to post what appear to be stills from her upcoming music video, with the caption #Reese4thMV, hinting that it will be released today, Dec. 20.

So we waited. And, so did her fans, who commented on the post, with their guesses for what song it might be.

Is this for go online?

Finally, it’s here. After a year of not releasing any music videos, her first MV from her latest four-track EP Of Sound Mind & Memory—which she says is a reflection on life and human condition, “For The Fickle” is here.

I made a list of things I love, just in case you go #Reese4thMV

And unlike her past kawaii pastel-filled MVs, this one shows a more stripped-down Reese cozy-ed up at home, alone, singing with her acoustic guitar and writing, while dreaming for a steady love. In her words, “I won’t let 2017 end without paying homage to the saddest song I have ever written. As with my more mellow songs, the concept of this video is a bit more free-flowing. I wanted to show people how I deal with sad moments in my life. Sometimes when things get difficult, I find comfort and solace in being alone. I claim the time and the space that I need for myself – to think, to breathe, to be okay again. It’s in knowing that I have all the strength in me to recover and move forward. It’s in recognizing that I can take my time to get there.”

Watch “For The Fickle” here:

SHARELex, editor in chief, @lexcereal   Turnover live in Manila – What a...

SHAREEveryone’s favorite virtual band is cooking something up in the studio. Wait, or...

SHAREI’m no Kim Kardashian; I don’t keep receipts for the sake of keeping...