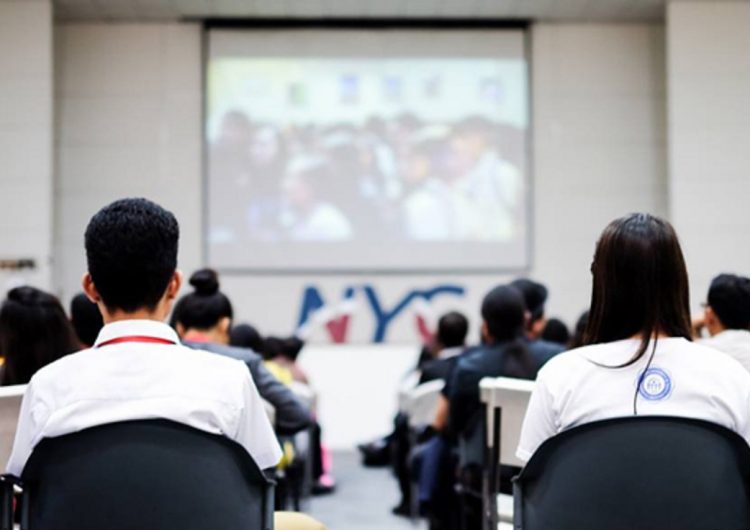 Last Nov. 18 to 20, 300 or so high school students and educators from all over the nation headed to the University of the Philippines Diliman for the 14th National Youth Congress. A yearly convention brought by the UP Economics Society and the UP School of Economics Student Council, that prepares the youth of today in becoming proactive leaders by tackling pertinent issues of society through discourse, this year, they focused on the theme: “The Philippine Equation: Linking Regions Towards Nation Building.”

Having brought in big names like the former president Noynoy Aquino in the past, Senator Risa Hontiveros opened the three-day event by urging the youth to take action as soon as they can with this message: “Do not let anyone tell you that you are too young to start fighting for something. You are never too young to start working on what you are passionate about,” Hontiveros delved on the important role of the youth in a Democratic society.

For the next two days, Philip Dy, Chief of Staff for Vice President Leni Robredo and Quezon City Mayor Herbert Bautista took center stage, along with the National Economic and Development Authority Undersecretary for Regional Development, Adoracion Navarro, who talked about the importance of the National Spatial Strategy to the country’s path to becoming an upper middle-income nation. In her words, “The National Spatial Strategy is, among others, a traffic reduction strategy. By creating economic opportunities in areas outside the metropolis, we are able to reduce the traffic.”

Once again, proving itself successful, the National Youth Congress was surely an event that spoke to the youth.

SHAREWe haven’t heard from (((O))) fka June Marieezy in a while. But surprise,...

The Oscar nominations are rolling in, and award-winning Filipino-directed documentary “Aswang” is OTW...