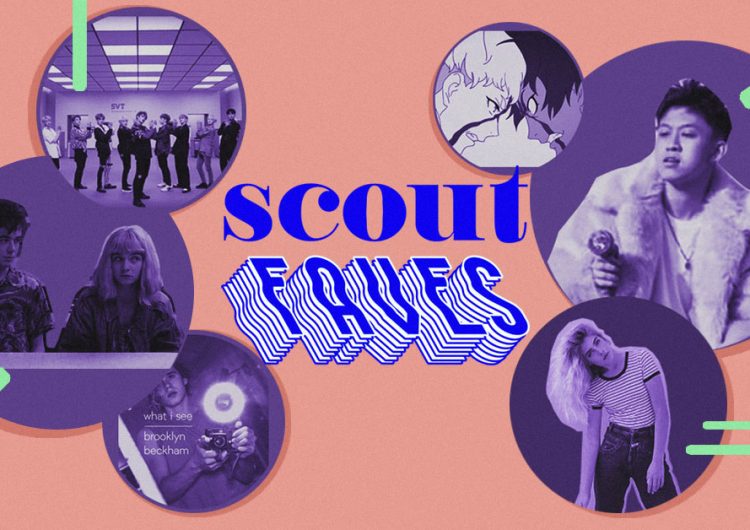 Devilman Crybaby – THIS SHOW IS NUTS! That’s all I have to say about it, since I’m not done with the series.

“See Me” by Rich Brian – 2018 looking good with FKA Rich Chigga dropping his problematic name. What does this mean for the dude’s career? The name change is a move towards a more serious, more commercially viable image, almost at par with 88rising cohort Joji dropping his Filthy Frank persona. To more empowered Asian representation in western media!

The End of the F***ing World – The series follows two troubled teenagers (one self-proclaimed psychopath and one ‘really angry’ girl) who run away together to go on one wild AF adventure. This show was the absolute craziest–totally unpredictable in too many ways, dark, and hilarious at the same time. I loved it. Best part is that it’s short and very easy to binge watch and get obsessed with.

SEVENTEEN – Don’t get me wrong. I’ve liked this K-pop group since their debut with “Adore U,” but not enough to proactively look them up online and #stan. After watching an ASMR video featuring three of SEVENTEEN’s members, I got hooked (Vernon and his big, weird mouth are too funny, OK) and started playing more of their music. I have yet to pick my biases, but I’m leaning towards Wonwoo and Mingyu.

What I See by Brooklyn Beckham – I really like it when I see a different side to celebrities whom we usually know for their glitz and glamour, especially when they dabble into the artistic side. Seeing Brooklyn’s photographs in his book makes me excited for what he’ll be able to do in the future. And for those Brooklyn fans out there, Bench is bringing him to Manila! Get a chance to meet Brooklyn when you buy a copy of his book at Bench stores in SM Megamall or SM Mall of Asia. You’ll have your copy signed too! Isn’t that exciting or what?!

Marla Catherine – By now, I think we’ve already established that I’m very fascinated with Youtube vlogs. So in today’s edition of “Grace Binge Watched Vlogs Again,” I stumbled upon the channel of Marla Catherine, a 14-year-old YouTuber from Utah. I love how her videos are super quirky and creative. I especially like it when she posts DIY and makeup videos. Plus, she’s just soooo pretty!

SHAREFresh off an iconic Golden Globe win, the fever for ‘Parasite’ doesn’t seem...