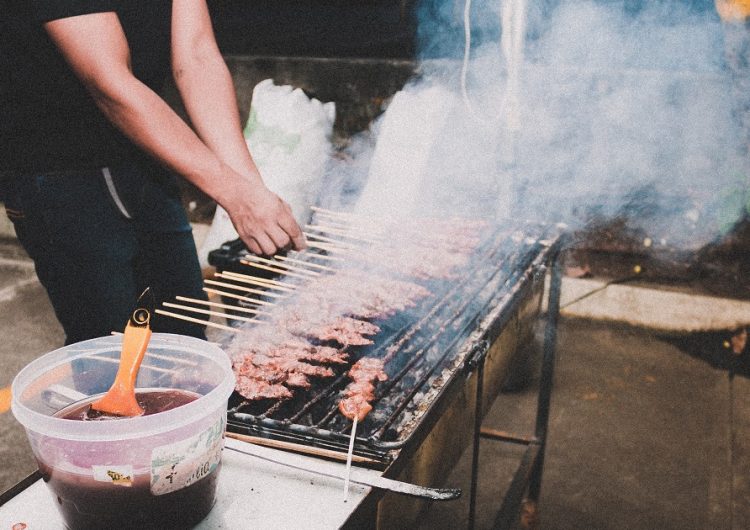 For the fourth time, Scout is back with an out-of-this world party where a seemingly secret club of creatives gather in a hideout. We know, it sounds like THAT movie, but we promise there is no depersonalization, insomnia, and unnecessary violence. The only thing keeping us up and pumped is bringing these ideas to more than just a film.

Scout Socials BBQ and Beers which happened last Saturday, May 26, is a moody, hazy cult classic in reality. The Alley at Karrivin was speckled with colorful auras from friends, cliques, and different genre artists. Music stopped for no one, the lights dazzled for everyone, and the booze, well, did its job.

Lex Celera, editor in chief, shared his future plans for Scout. Calling Bryan, Nina, and the rest of the team to the spotlight, he gave his thanks to the party’s attendees and promised everyone that greater things are yet to come. He also thanked the sponsors with whom the event was made possible: San Miguel Pale Pilsen and Flavored Beer, Oakley and Reef.

Friends were there to support Scout, listen to some good beats, and party their nights out with us. Party-goers also strutted their outfits in the tunnel photo booth.

So what’s the word? The release of Scout’s 31st issue featuring Ruru Madrid on theme the macabre, the supernatural, and the magical. This is followed by the launch of Scout’s new website, and announcement of upcoming events: Scout’s 4th anniversary party this August and their annual Scout Creative Talks this October.

It was one hell of a party–ambient sounds and ice-cold beers with artists, creatives, and alike. It was a night of seeing old friends and meeting new ones. Most of all, it was a night for the youth, and that’s where we’re headed. As always.

SHARETwo years after Julia Barretto and Joshua Garcia embarked on a journey to...