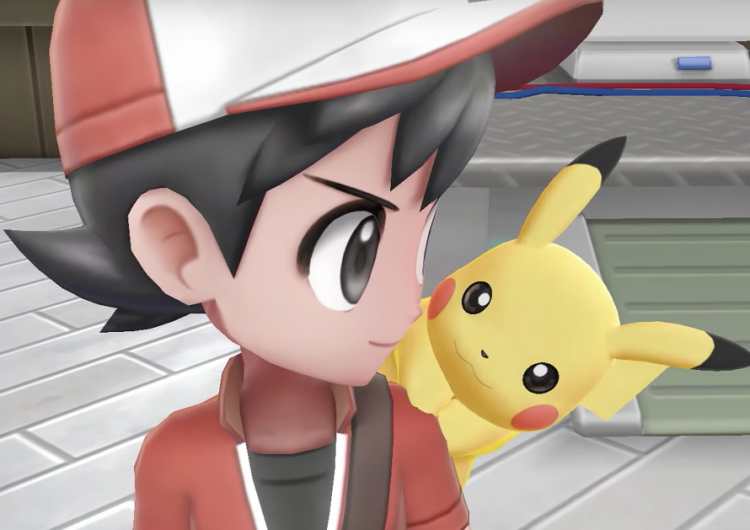 Heads up 90s Pokémon kids: If you haven’t gotten a Switch yet, now’s probably a good time. The long awaited Pokémon game on the Nintendo Switch has finally been announced and is ready to wreak havoc across the globe. Pokémon: Let’s Go, Pikachu! and Pokémon: Let’s Go Eevee! is set to release on November 16, 2018.

The trailer provides little details but pretty much gives the viewers a glimpse of what’s in store for all Pokémon freaks. It will not feature a new set of Pokémon across a new region, but will take trainers back to Pallet Town. By returning to the Kanto region, Kids from the 90s are probably going to lose their shit when given the chance to experience childhood all over again.

Fans have witnessed the evolution of the game from the Gameboy Color up to the 3DS. Following the usual RPG style of play, the game will continue to keep its traditional structure but will have some new tricks up its sleeve.

The game will now feature a multiplayer option so you can have your own Ash and Misty duo! If you think that the days of Pokémon Go were over, the game is ready for its rebirth as Pokémon Go users can get a chance to import their Pokémon to Switch. This is an impressive feature not only because you can finally let the Pokémon on your phone fight, but it also hinders the gamers to feel detached from the game. Lastly, if you have a little more moolah in your pocket, you can also cop the Poké Ball plus, a controller shaped like a Poké Ball to make your gaming experience more realistic.

See the trailer for yourself below.

A signed copy is on your radar, too

SHAREDance floor rager, hands-in-the-air maker, “city pop” recreator: one of the cornerstones of the...

SHAREBring out your music boxes and baker boy hats, “Anastasia” is coming to...