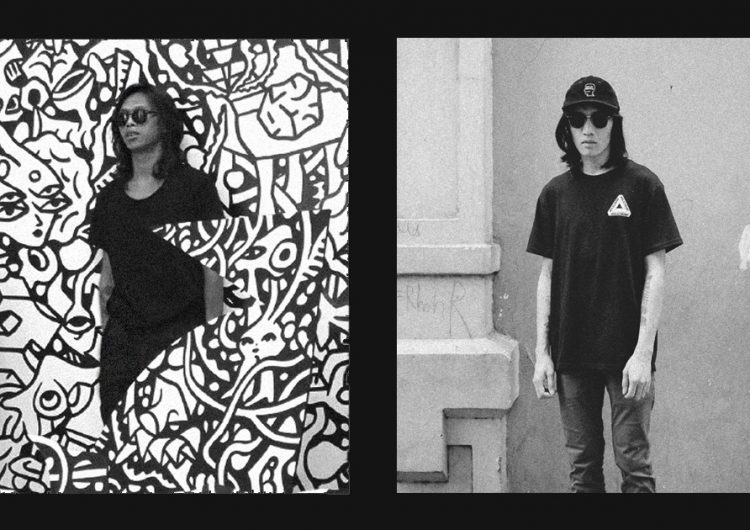 UPDATE: Dex, who is now preparing for surgery, handed us a more detailed, step-by-step account on what happened during the night of events. In addition, witnesses have come forward with their own statements.

Here is Dex Fernandez’s full statement, which we received via email:

“The incident happened last June 17, between 1am to 2am at Dulo, a bar on P. Guanzon St., Poblacion, Makati. It was Dulo’s 1st anniversary party.

I was dancing in front of the dj’s booth when I saw a friend, Julian Delos Santos. We greeted each other and embraced, and danced a bit. Later on, I continued dancing by myself, still facing the DJ’s booth with Julian behind me. Later on, Eyedress entered Dulo and joined Julian, standing to her left. Both of them were behind me.

According to Julian: “I saw Eyedress entering Dulo, then he walked towards me. I asked him how he will go home, since he seemed so drunk, but I couldn’t hear his answer. So I continued to dance while Eyedress kinda swayed and bobbed his head, still beside me. I was behind Dex and Eyedress was to my left. While Dex continued to dance, Eyedress and I moved to the side, away from Dex. Then Eyedress started to move – I am not sure if he wanted to go out or just wanted to shift to another space. That’s when he found himself closer to Dex, who was still dancing while facing the DJ’s booth. Dex accidentally hit Eyedress –Eyedress’ back towards Dex and the DJ’s booth – with his hand, but I’m not sure which part since I was behind Eyedress.”

“A short while later, I was still dancing when I noticed there was some commotion. The next thing I saw was Eyedress punching Dex, with Dex already facing the crowd, his back towards the DJ’s booth. Dex’s hands were up towards his face already, still standing but sort of immobile. I started to pull Eyedress’ jacket’s sleeve while shouting his name. Then Eyedress just stopped and went outside.”

It happened so fast. All I remember was dancing by myself, with Julian and Eyedress behind me. After a while, I felt a blow to the back of my head so I turned around. I saw Eyedress, apparently saying something to me which I couldn’t understand, while punching my face. I can’t remember exactly how many times he punched me, but definitely more than just once. I was momentarily stunned but still remained standing.

I felt a bit disoriented, closed to fainting. Then, I felt some fluid running down my nose. I touched my nose with my hands and saw blood, so I started to tell people my nose is bleeding. People rushed to help me, putting ice on the bridge of my nose while I used my towel to wipe the blood. The music continued. I kept asking where Eyedress went. I want to know why he punched me. But I didn’t know where he was.

For the rest of the night, my nose would continue to bleed, stopping intermittently for short periods of time. People tried to put ice on the dark red mark below my right eye which also had a small laceration.

A few hours later, I asked a friend to bring me to the ER because the nosebleed wouldn’t stop, and my face was starting to feel numb. I also noticed dark bruises under my eyes. My friend also noticed something strange with my nose’s profile. She took some photos to show me.”

Moreover, many fans and friends have sent their regards given that previous reports stated Dex suffers fractures. The artist further shared with us the initial diagnosis and current medical conditions, which include an upcoming surgery. Dex continues,

“At the Makati Medical Center ER, the doctors examined me and recommended a CT scan since they were concerned by the continuous nosebleed and the multiple bruising. Even if it cost quite a lot, I agreed just to be on the safe side since I was starting to get alarmed.

They also recommended an EENT doctor to thoroughly examine my facial injuries. On June 19, I was examined by the EENT Doctor. Her findings confirmed my worst fears: That I need surgery (under general anesthesia) to correct a deviated and fractured septum which explained the breathing difficulty. A bigger concern was my fractured maxillary – or the area beneath the eyes – which was fractured and sunken. We also noticed a large bruise behind the ear which wasn’t noticed by the ER doctors.

There is still pain, and I still have breathing difficulties due to the damage to my septum. I will have to undergo surgery soon before the fractures start to heal without the bones being aligned first.”

Two witnesses, who prefer to be anonymous, allegedly saw the incident happen first-hand and gave us a statement. Here is an account of the incident according to Witness A:

“We just came from the bar across the street [of Dulo]. We went in Dulo and went to the dance floor. I remember that I was near Dex, Aly, Julian (Delos Santos), Devi and Witness B. We were dancing and I was a facing a bit behind Dex so I couldn’t see what happened, but I looked at their direction right away when blood spattered the bar across Dulo. Julian (Delos Santos) said she wanted to go after Eyedress to ask why he did that. I told her to stay first because he might hit her also because he’s in an angry state.”

We are waiting for an official statement from Eyedress.

According to his Facebook post at 5 in the morning of June 17, he accidentally hit Vicuña while on the dance floor. And in return, he got punched in the face by Idris Vicuña, more commonly known as Eyedress. Dex ended up with a “swollen and bleeding face.”

According to another account, Dex was rushed to Makati Medical Center and took a CT Scan, which revealed a broken nose and cheekbone. This explains the pain and difficulty in breathing. The post also called out the bringer of this incident.

We have reached out to Dex Fernandez for a statement, which he sent via email:

“I was dancing in Dulo Bar (at P. Guanzon Poblacion Makati). At first I spotted Idris Vicuña sitting behind the DJ’s booth area. Then all of sudden he was at my back na with Julian Delos Santos. I kept dancing lang the whole time then I accidentally hit Idris. He punched me on my face like more than 2 times and he’s throwing some words that’s not clear to me because I’m almost passing out.

Julian was shocked and she tried to stop Idris and [kept] asking him, “Why are you doing that to Dex?” (this is  according to Julian).

This was witnessed by the large crowd present at the bar. I realized my nose was bleeding and I felt numb on my right cheek. My friends who were there tried to stop the bleeding and applied ice.

Idris Vicuña disappeared and was [allegedly] spotted inside the bar across Dulo.

I went to the police station nearby to report the incident, but the police officer advised me to get a medical exam first. I proceeded to Makati Medical Center where doctor discovered fractures in my nose and on my right cheek (from a CT scan).

There’s also a small laceration on the same cheek and darkening around my eyes. I was advised to come back for a follow up check-up. While at the E.R. I received a private message from Idris Vicuña. But I did not reply.

I wanna see him to ask why he did that to me. But my face was bleeding and in pain. It’s none in my vocabulary to hurt people. Never.”

The statement has been edited for clarity. We are waiting for an official statement from Eyedress as of press time.

SHARELooks like we’re ditching the gym membership for cinema marathons this year.  A...

SHAREThe first time I heard about 2017’s “Respeto” was during my college thesis...