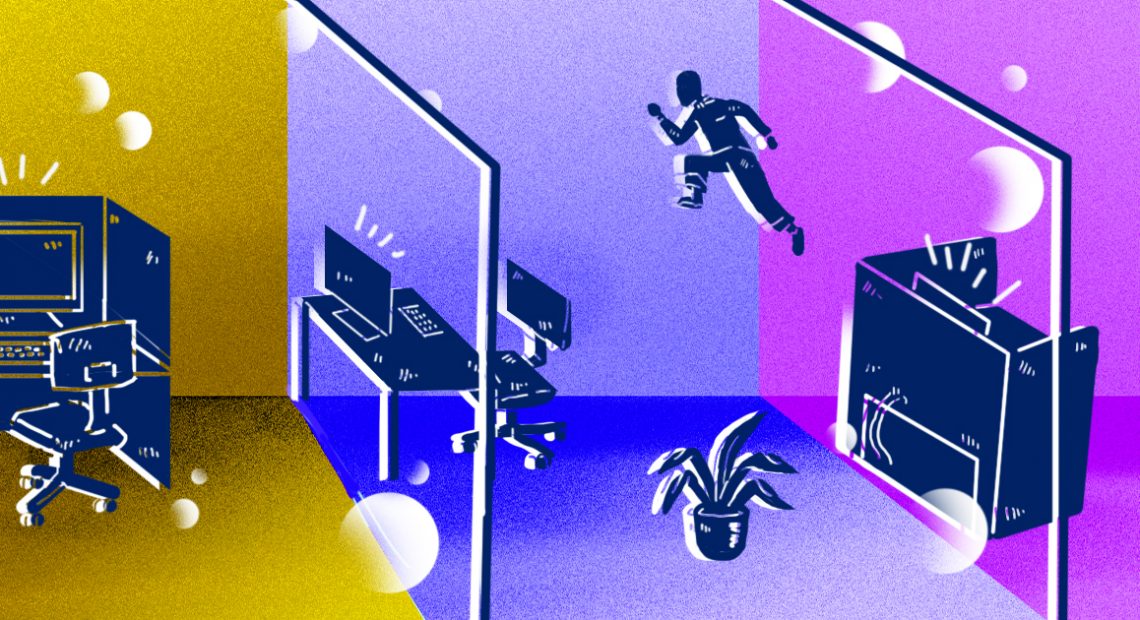 Job-hopping. It’s when you aren’t able to stay in the same job for more than a year or two, and you then switch jobs ever so swiftly like the sly fox you probably are. As with several other signifiers, both positive or negative, job-hopping is now a descriptor attached to us younger people joining the workforce, and employers are often warned to be on the look-out for young job-hoppers seeing as though they’re thought to be more of a liability than an asset to the company.

But here’s the tea: May it be in terms of fashion, music, fads, politics, or just popular culture in general, the 21st Century really has been a time for redefining a lot of things. It’s undeniable that much of the recognition goes to the youth. Equipped with a won’t-back-down attitude and an unapologetically rebellious spirit, the youth today have made quite a reputation for themselves.

Young people today are branded “Millennials” in a derogatory manner. While this technically refers to all those born between the early 1980s and the succeeding 20 years thereafter, older generations still choose to spew the word around as if it’s poison. This quickly created the conception that the youth are worth no more than constant complaining and impulsive decision-making, even in the work world. There is a reputation that the youth tire too quickly, has too little attention span, and probably won’t last in a company for more than a year.

There’s a practical reason as to why this [job-hopping] happens, and no, it isn’t because we can’t handle the pressure.

Although it’s a fact that the youth tend to job-hop and maybe half of those aforementioned things about us are true, it isn’t fair to negatively connote job-hopping as “just an immature thing.” There’s a practical reason as to why this happens, and no, it isn’t because we can’t handle the pressure.

Now, because it’s always a guilty pleasure for most of us to find a name and label for everything like we’re fucking Noah, we’ve come up with the three common types of job-hoppers. Where do you fall under?

Yikes. Sounds straight up like a spoiled, whiny teen, doesn’t it? But wait up–it gets better. Job-hoppers of these type are all for finding out whether the new job is at par with their expectations. Truth be told: kids these days value individuality and have freakishly high expectations.

The too-good-for-this type doesn’t have time for dissatisfaction and is constantly aiming to be on top.

While it may come as a double-edged sword, this trait works out more often than not. It fuels the drive to constantly push out of comfort zones and make way for bigger and bolder innovations. The too-good-for-this type doesn’t have time for dissatisfaction and is constantly aiming to be on top. As soon as they feel like their job isn’t catering to their individuality and has no significant impact in their 20-year career plan, they’ll come sprinting to the next job.

The experience hoarder is confident with his or her moves. For this type, the end goal is to be on top of the ladder. They are not afraid to switch jobs so often because in their mind, all the work-related experiences and the life skills that come with them are ultimately the foundations of the career they plan to venture out on. It’s like tasting the cake from every bakery in town before building your own hit bakeshop… or not.

For the chronic job-hopper, job-hopping comes as second nature. Sure, the pay might be good and workmates might be fun but for the chronic job-hopper, the thrill is in the uncertainty of finding out what their new job has in store for them. The youth are curious and are given unnecessary shit for it. They thrive on the excitement of adapting new skills and are more than willing to invest time and effort, even going on from one job to another, if it means learning more and discovering newer things.

The world is now vastly changing and in a fairly quick manner too. In line with this trend, the workplace is definitely shifting as well, and employers are starting to adapt a means of helping their employees plan out their next career move all while allowing them to produce a better work output while they’re at it, even if it means knowing that they might eventually hop on to the next job soon.

Switch jobs for all you want, find what works best for you, but be sure that wherever company you’re headed to next, you carry with you that same perseverance you had when you were still starting.

While loyalty is a trait that certainly pays off in some fields, loyalty to self is becoming more increasingly important. It’s important to remember that staying in your job should be because of reasons bigger than just the company, the salary, or the people.

You stay loyal to the vision and not the company itself. Concrete things are prone to change but the beliefs and principles stay. Switch jobs for all you want, find what works best for you, but be sure that wherever company you’re headed to next, you carry with you that same perseverance you had when you were still starting.

So no Pedro, the youth aren’t job-hopping just because they’re whiny, self-absorbed people who’ve got nothing else to do. They actually have their reasons; they’re all rooted in the fact that today’s generation is overflowing with curiosity, confidence, and creativity. In the state of this world we’re living in, I bet we can all use some of that. So, is job-hopping an immature and impulsive thing to do? I don’t think so.

SHARERecreational travel has been on the backburner during this pandemic. Aside from the...