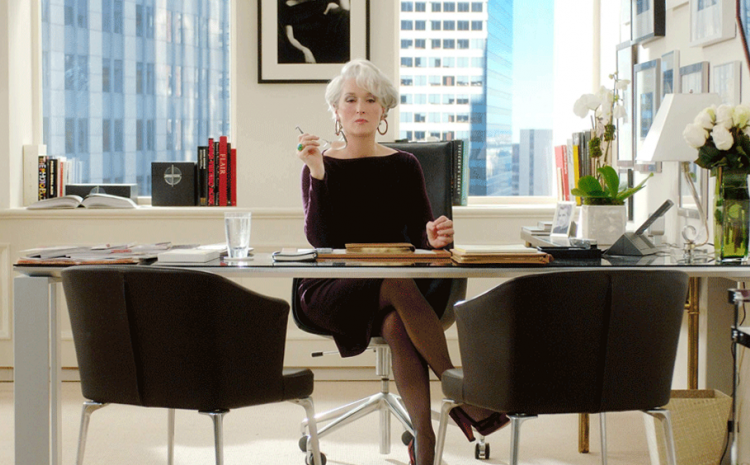 Seeing strong female characters on film feel empowering and as I’ve come to find out as I got older, essential. When lady characters do something badass, unpredictable or heartwarming, girls (myself included) always cheer for them in the back of our heads. At a time when women are rightfully fighting for equal wage in Hollywood, it feels necessary to pay homage to pop culture’s feminist icons. Whether this means glitter, blood or something completely intergalactic, here are women in film who make us proud to be women.

The fierce woman behind “Runway” magazine, Miranda Priestly, is a feminist force to be reckoned with. Although antagonized as a “devil” throughout the film, the editor in chief is actually a hardworking perfectionist who climbed the ladder to success. This movie challenges gender roles by providing representation for ambitious women. At the same time, it shows how shocking it is for society to see a driven, straight-edged woman yet no one bothers to think twice if a guy is in the same position of power.

The “dumb blonde” stereotype is crushed into pieces in this film. Elle Woods is a determined, smart young lady who finds her strength from herself and her friends. Throughout the film, the socially conscious queen points out double standards and gender roles, then proceeds to deconstruct them. She hates it when women are pitted against each other, and even befriends her “competition” instead. Eventually, they both ditch Warner, whose toxic masculinity makes him feel entitled and superior. Without any limitations and hesitations, Elle graduates from her dream school Harvard with varying colors of pink and all things feminine. “Legally Blonde” reminds us that we don’t have to compromise our femininity to maximize our success.

“Clueless” is a reminder to all young girls that happiness does not depend on a man. The comic riff on Jane Austen’s “Emma” explores one woman’s journey in the modern setting. It focuses on female friendship and how it’s an unrelenting force that cannot be destroyed by “boy problems” or high school. The girls openly talk about virginity, shamelessly and without judgment, because why should virginity dictate anything anyway? The girls also get through their love affairs together and in support of each other. When it goes sour, there’s shopping and makeovers. Unapologetically feminine and feminist, these girls embrace their interests and life choices without letting fragile masculinity stop them.

Push the glitter aside and pour the blood. The Bride (Uma Thurman) from Quentin Tarantino’s “Kill Bill” might just be the most badass feminist out there. Geared to fight for her daughter, the female lead takes out anyone in her way. It doesn’t matter the size, the gender or the count–when a lady is determined, nothing can stop her. By killing Bill, the main antagonist and father of her child, she redefines the concept of family and femininity.

Princess Leia is the feminist princess we all deserve. Despite being rescued by two males, she quickly establishes her vital position in the trio. After being enslaved by Jabba the Hutt, she pays gruesome revenge by strangling him to a slow, painful death. (She did this wearing a bikini!) Princess Leia’s sharp tongue challenges the timid, passive girl stereotype–she is a warrior through her words and actions. On top of that, Leia falls in love but does not lose her character. She continues to kick ass intergalactically, while inspiring us to do so in this small world.

Who are your favorite feminist icons? Sound off in the comments.

SHAREAfter taxing universal quarantine essentials Spotify and Netflix, it seems that the government...

SHAREA 2016 survey revealed that over two million Filipinos are working abroad. The...