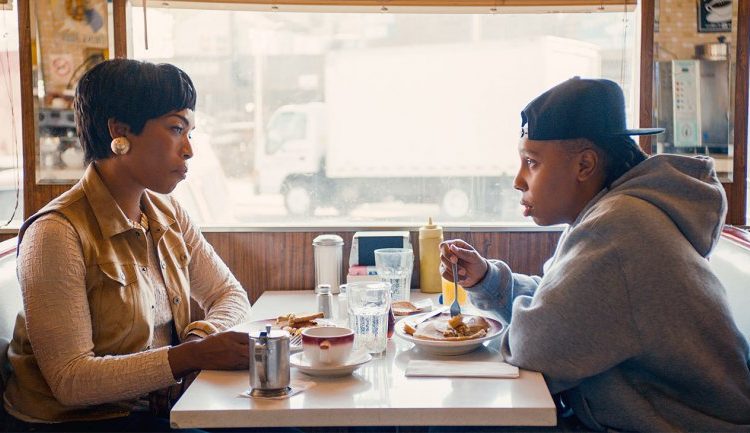 Coming out is the biggest milestone for queer people. It never tells the same story. It could be in a get-your-Kleenex-ready level, but it could also be a moment you’d laugh about eventually. Regardless of how the story goes, it always ends the same way—freedom. Don’t believe us? Just ask your favorite LGBTQ+ characters from this binge list. So whether it’s Pride Month or not, we’re looking back on these pivotal coming out moments on TV that make us rethink what the phrase really means.

It could get scandalous (Lito Rodriguez from “Sense8”)

Where do we start with this superb fictional Mexican action star whose middle name is extra? Lito’s character is kind, fun, tough, and as gay as sprinkles. That said, he was never out or proud of it at all to begin with. Being an action hero in Mexico, he avoided the topic of his sexuality as much as he could, regardless of the fact that he’s in a loving, healthy relationship with his partner. But everything spiraled out of control when he was outed by a tabloid leaking his lewd photos. This is when he decided, eventually, to come out on his own terms.

It starts a needed conversation (Lena Waithe from “Master of None”)

Let’s try to forget about our mixed feelings for Aziz Ansari just this once. Without “Master of None,” we’ll never have been blessed with Lena Waithe playing scene-stealing Denise. With her witty one-liners and undeniable charisma, she’s the woman that our gay hearts deserve, queer people of color especially. But what truly etched her in our minds is her coming out arc in “Thanksgiving.” “Being gay isn’t something black people love to talk about,” young Denise confesses in a flashback scene. The episode not only moved us to tears but it also moved the culture.

Rosa is an unapologetic badass. She’s also a woman of mystery in the funniest way possible. No one knows much about her life, except that she lives near the precinct and that it’s off limits to her closest friends. But she slowly opens up as the season progresses. A huge moment for her was when she came out as bisexual to her squad. Her coming out arc was a roller coaster, especially when she had to tell the truth to her parents. It goes to show how even someone as strong as her finds coming out of the closet difficult. That’s what makes her arc both comforting and a tearjerker at the same time.

Seeing the topic of coming out in an American sitcom might’ve been weird if it’s in another century. The show “One Day at a Time” is here to continue to normalize the hell out of it. Fifteen-year-old Elena’s coming out arc received mixed reactions from its viewers, but this young queer character proved to defy those. Her arc shows the positive side of confronting your family about your sexuality. This arc was groundbreaking for the Latino community as well. “[Coming out] doesn’t have enough of a voice, especially in the Latino community. We’ve never seen a 15-year-old girl come out on television before,” said Calderon Kellet in an interview with E!

It could be a big musical number (Darryl Whitefeather)

There is a drought of bisexual people in our TV screens until recently, especially for bisexual men. Thank God for Darryl Whitefeather by being out and proud in the best way possible. Have you ever thought of coming out through a big musical number? Too late. He already has pulled it off, big bi flag in the back and sax solo included. We often see tearjerkers in coming out stories, so to see a coming out arc as fun and hilarious as this is a welcome relief.

Want to find out our honorable mentions? Watch this tearjerker compilation from our friends on Netflix

You've seen Nadine (the Nadine Lustre, yes) wearing a shirt with the "in...

SHAREThere’s plenty of fish in the Tinder sea, but it’s a hit or...