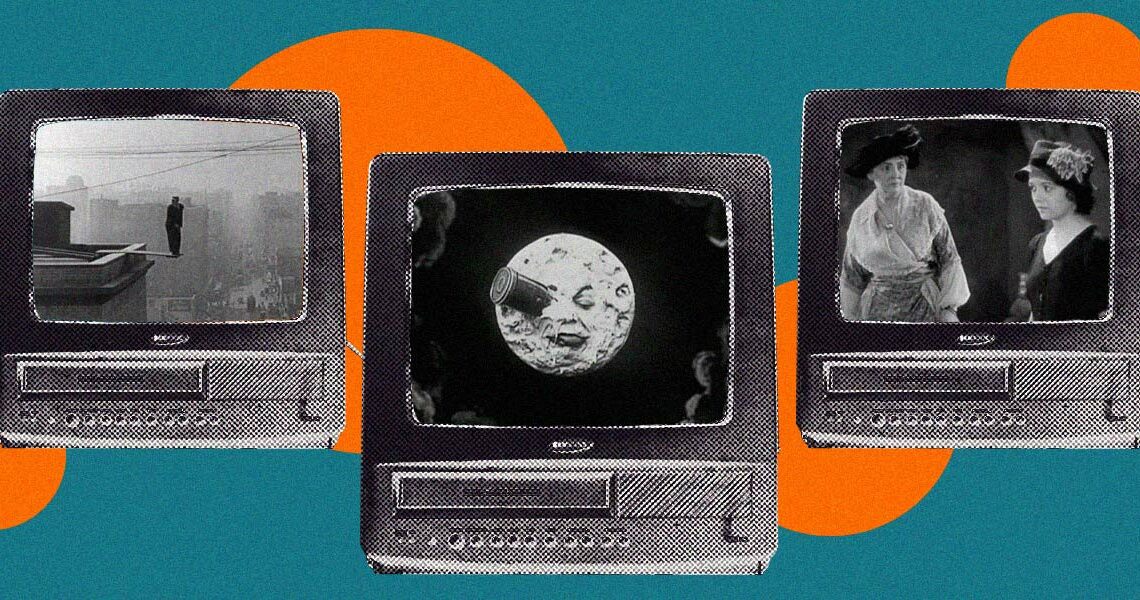 Our moviegoing habits during the pandemic have fallen silent. Tagging our friends on online cinema schedules almost used to be a reflex, but going out for movies has evolved into an afterthought—and one that carries some risk. And if you’re willing to make the trip anyway, movie theaters now still aren’t able to provide the full communal experience of a sold-out showing.

Additionally, our cinemas simply just don’t offer the same variety they once did. Smaller releases have now been totally crowded out of the release schedule by Hollywood blockbusters, presumably to help theater chains bounce back after the last two years.

Many of us probably start out with the same vague image of silent films in our heads: theatrical, overacted, slow-paced, and probably boring. How can anyone focus on a movie when there isn’t any spoken dialogue and all these title cards constantly interrupt the action?

And so most of us have turned to snackables and streaming services to fill in the gap. Although enticing in their own way, it’s relatively easy to get overwhelmed as they tend to be designed for the act of consumption itself. Sure, algorithms might help you find content similar to your personal faves—but algorithms also aren’t meant to challenge you as a viewer.

My initial response to this “new normal” was to just stop watching as much stuff as I was, and hope for the pandemic to ease up. But it was within this self-imposed moviegoing silence—mindlessly doomscrolling, hungry for something new—that a small corner of the internet opened up to me and reignited a curiosity I always had: silent films. You know, those near-mythical things from the late 19th century to the 1920s that became obsolete when the industry finally learned how to speak.

Many of us probably start out with the same vague image of silent films in our heads: theatrical, overacted, slow-paced, and probably boring. How can anyone focus on a movie when there isn’t any spoken dialogue and all these title cards constantly interrupt the action?

In our current landscape of limited cinema releases and overcrowded streaming sites, my most fulfilling viewing experiences are credited to the silent era.

And yet here they are in front of us today, just sitting around online, many of them in the public domain and therefore legally free to access. And as with most things, all you need to understand silent films better is a little more exposure.

In our current landscape of limited cinema releases and overcrowded streaming sites, my most fulfilling viewing experiences are credited to the silent era. And much of the fun has come from debunking some myths we’ve slapped on cinema’s first classics.

Learning to love silent films means appreciating the things we take for granted in today’s massive franchise movies and our never-ending “To Watch Later” queues. Everything down to the simple idea of motion is treated with a sense of excitement by these early filmmakers who were driving this strange, new medium of cinema forward, through nothing but sheer ingenuity. Some examples of how the mundane was treated with wonder, all because the pictures were moving: In Georges Méliès’ 1896 film “Arrival of a Train,” we see a train coming into the station; in the 1895 short “Employees Leaving the Lumière Factory,” the Lumière brothers recorded footage of workers exiting a factory in Lyon, France.

A quick tour through the earliest silent films shows how an interest in motion led to an awareness of space, building up to the creation of sets, creative lighting, and the staging of scenes involving hundreds of extras at a time. Witnessing the evolution of film is like watching a recipe come together. And to see these filmmakers establish the blueprint for the next century of cinema practically by accident is enough to reinvigorate your wonder for the medium all over again.

Everything down to the simple idea of motion is treated with a sense of excitement by these early filmmakers who were driving this strange, new medium of cinema forward, through nothing but sheer ingenuity.

Maybe all of that still sounds like homework, but it doesn’t take long to see that many of these filmmakers still wanted to entertain a mass audience. Some of the most celebrated silent films, after all, are soapy melodramas. King Vidor’s “The Crowd” follows a young couple struggling with money problems in the big city. Frank Borzage’s “7th Heaven” is a romance between a sewer cleaner and a sex worker who later become involved in World War I. And F.W. Murnau’s “Sunrise: A Song of Two Humans” literally begins with a farmer’s mistress convincing him to drown his wife.

If you enjoy either “Jackass” or “Mission: Impossible,” chances are those films found inspiration in Buster Keaton and Harold Lloyd, who performed some of the most memorable and dangerous stunts ever done by leading men on screen. Lloyd’s most enduring images are of him hanging off of buildings and over roads, while Keaton had a knack for doing stunts on moving trains, famously breaking his neck after falling on a rail (and then finishing the movie anyway).

Any of your favorite science fiction, fantasy, and horror movies today can probably be traced back directly to the silent era, where entire visual realities were being invented. In “A Trip to the Moon,” Georges Méliès used early special effects and machine-operated sets to imagine an alien insect kingdom and faces in the sky. Fritz Lang’s “Metropolis” used mirrors and miniatures to create massive futuristic cities. And Robert Wiene’s “The Cabinet of Dr. Caligari” simulated madness through jagged, twisting sets where the buildings are in italics.

For those who still insist that silent films were held back by the technology at their disposal, you’d be surprised. Be it Abel Gance’s use of three screens at once at the end of “Napoléon,” Carl Theodor Dreyer’s definitive use of close-ups in “The Passion of Joan of Arc,” or Sergei Eisenstein’s use of montage editing to inspire revolutionary optimism in the Soviet people—silent films thrived on innovation and constantly challenged the audience to watch things in a different way.

After watching just a few dozen silent films, it’s become impossible for me not to view each one as a massive leap of faith. It’s likely that many of these filmmakers had no idea if what they were trying—no matter how rudimentary—would actually work.

In a weird, metaphysical way, watching silent films makes me feel like I’m not alone, like I’m right there with the filmmakers discovering cinema.

So like the musicians who once scored these films live, making sure to keep up with the events on screen, I find myself constantly on my toes. In a weird, metaphysical way, watching silent films makes me feel like I’m not alone, like I’m right there with the filmmakers discovering cinema. And even when the experiment fails, and the silent film I’m watching does turn out boring or misjudged, the attempt always feels like it was worth it anyway. These filmmakers didn’t think of themselves as limited and were eager to experiment. I think they’d be happy to know that, a hundred years later, their legacy isn’t going anywhere.

Art by Yel Sayo; stills from “7th Heaven,” “Trip to the Moon” and “Some of Buster Keaton’s most amazing stunts” video on Don McHoull YouTube channel

“Unfortunate isolated incident?” Not with this long list of police abuses

The Hacktibista site has at least 47 articles in its list of police...

SHAREWith a seemingly bleak future, it’s inevitable to associate yourself with Ralph at...