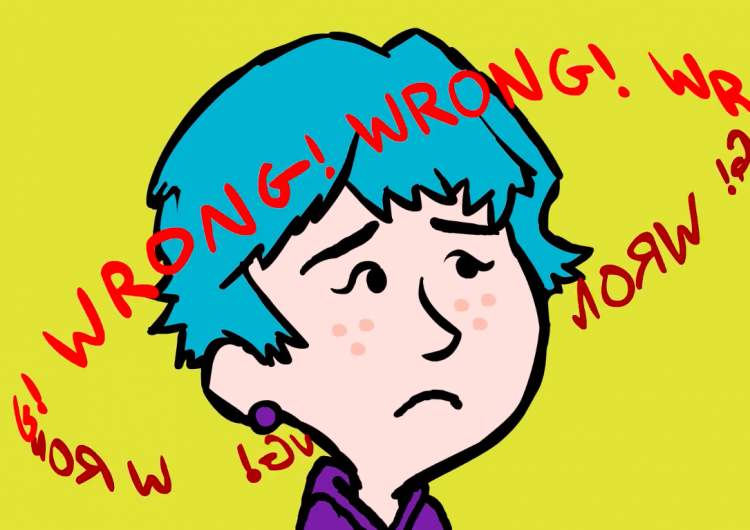 Pride Month has just ended and I felt I missed another chance.

No, not to attend the march. I did go. I even did a photo walk and photographed smiling queers with their flags representing a huge part of themselves. As I snapped away, I felt something I didn’t —guilt.

There’s an ebbing feeling that I don’t deserve to march with the community. It’s not because of straight guilt. On the contrary, I’m straight as a rainbow licorice. The thing is this rainbow licorice is barely out of its packaging. By barely out, I meant there’s just a microscopic hole peering out with only a few close friends peeking. It’ll probably never be fully opened, especially to the people that raised me.

Rather than go to Pride bearing my flag, I went to the biggest march in the nation carrying my guilt.

B is the letter I fell into on the LGBT+ acronym scale. I came out at the same time as my best friend did. The first one to utter the words, “I’m bi,” between us was me. Nowadays, she exercises her bisexuality more than me as she goes in and out of flings. On the other hand, I’m one of the living proof of how bisexuality is far from the word noncommittal. I’m in a loving relationship and we even have plans of getting married one day. Though, my sexuality’s still in question since my partner happens to be a man.

Being with him was a choice that I made. I’m here to tell you now that this doesn’t put my bisexuality on hold. I didn’t turn suddenly straight, contrary to popular belief. It just so happens that my partner’s a man. A man that mourned with me as I lost my bi-flag from my first Pride March before going to this year’s march.

I belong with them. 25,000 queers and allies were in that stadium. And yet, I never felt so isolated in my entire life.

That flag was my first and only one. It carried so much, regardless of how cheap I got it for. Queer people are all about symbolism and secret codes. They’ve turned Wizard Of Oz’s Dorothy to a gay icon and the phrase ‘drag race’ into something completely different. I turned that flag to not only the symbol of the first march I attended but also as a literal part of who I was.

We scoured my room for hours to search for it. It only led to disappointment. As we gave up, I realized two things: how disorganized I really am and how that loss was a price of denying who I was. Rather than go to Pride bearing my flag, I went to the biggest march in the nation carrying my guilt.

As I arrived at Pride, I watched identities celebrated with their multi-colored flags up. Every color of that rainbow flag was there. My gaze was wandering, but they’re always on the lookout for those two pink streaks with an indigo in between. I was surrounded by people who were loud and proud of who they were. There was my community. I belong with them. 25,000 queers and allies were in that stadium. And yet, I never felt so isolated in my entire life.

Coming out stories in media makes it sound so easy […] What I’m trying to say is not being loud nor that proud is okay.

The point of this wasn’t to be selfish nor was this an attempt on putting everyone down on a good Pride March. It’s to point out how those 25,000 people who came this year were brave. What they’re doing, being loud and proud, takes courage that I don’t have at the moment. Coming out stories in media makes it sound so easy, so smooth, so picturesque. It never entirely is, may it be fact or fiction. What I’m trying to say is not being loud nor that proud is okay.

Pride could mean waving your freak flag or snapping photographs of people who are waving them, hoping that one day to emulate the same strength as they have. Maybe this wasn’t a story on guilt and suppression alone. This could be a story on what finally gave me the courage to come out after all.

SHAREA public official has finally been called in for investigation. Two, actually. Unfortunately,...

SHAREKnee-deep panic, persistent restlessness and sleep that’s either borderline paralysis or none at...