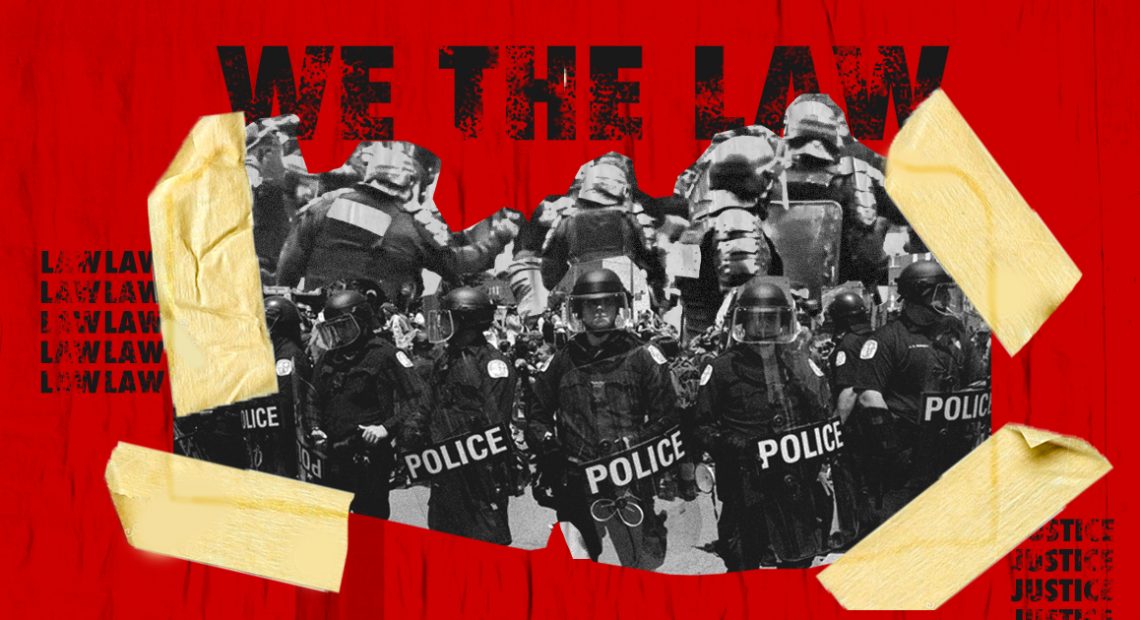 These are trying times for Filipinos in this political climate. From taking down articles to police brutality increasing, it questions the integrity of our freedom. A recent incident at Catch272 in Quezon City doesn’t help our collective unease. The city’s police task force harassed the gig-goers of SAKA’s (Sama-samang Artista para sa Kilusang Agraryo) anniversary gig last Saturday. Attendees reported that five police mobiles and more than 10 officers intervened. According to witnesses, the police were armed with M16 rifles as well.

According to the bar’s official statement, 20 uniformed police officers arrived in the middle of the gig. The incident occurred at around 10:50 pm. They wore bulletproof vests and carried rifles with them, and alarmed the performers and gig-goers alike. It was revealed that the police’s presence was due to the new citywide ordinance on public smoking.

Musicians like skinxbones and the band Stilllife were in the lineup. Fictionist and cultural worker, Carlo Paulo Pacolor, were in attendance as well. We reached out to them through social media to give us insight into the incident.

“We were stepping out to buy cigarettes across the street when they parked right there in front of us. It was fishy since the jump. We couldn’t go back to Catch, since the cops were all there in front of the bar, hence my photos were from a distance,” skinxbones explained.

Read more: Turns Out The Police Will Still Hurt You Even If You Agree With The Government

here’s a more detailed account on what went down last saturday.

batten down the hatches, kids. a storm is coming. https://t.co/LYKISqIHSE

“[The incident] was near the end of the gig. The second to the last performer was already playing. I was about to play next to them,” skinxbones continued.

Arriving in the middle of the raid, Carlo saw the incident unfold from the beginning. “I arrived at the exact moment when the bartenders were hurrying everyone to get inside,” he painted the picture for us. “Everyone was jostling for space and trying to figure out what the hell was going on.”

“They were, I think, 15 strong men. And like I said in the [Instagram] post, two had rifles and one was in SWAT uniform. They were flanking the entrance as if ready for a raid,” he continued. As the police operation went on, one of the performers was detained in the police mobile. The performer was staying in the designated smoking area of the bar before he was detained.

“The host told us that the bass player of one of the bands who played earlier was already put in a police vehicle,” he revealed to us. “And so the organizers were negotiating with that too. And that’s when we started chatting: NEVER AGAIN, NEVER AGAIN TO MARTIAL LAW!”

Afterward, the task force dispersed and left the bar alone. This was through thorough negotiations by the bar’s management and the event organizers. Three days after the incident, it still fuels an anxiety within us. Is this another one of many unwarranted raids? And why did they zero in on this particular bar alone?

“What surprised me more was going home that night: it was Saturday so Morato was busy. The front of the popular bars was filled with people milling about. Bar-goers were smoking and chatting and hanging out outside on the streets,” Carlo pointed out.

“What we can do is to come together and not be dictated by fear or be intimidated, spaces won’t fight for us but our strength in numbers will,” Carlo Paulo Pacolor stated.

SAKA believed in anti-fascism and were for the plight of the farmers. Whether it is a coincidence that the police zeroed in a bar holding this event or not, we’re uncertain of. One thing is for sure: for a public smoking ordinance, a task force with rifles is an overcompensation.

“As far as we know, the police’s job is to protect and to serve its people. This is far from what we experienced,” Stilllife said. From where to go from here, Carlo has this advice for everyone. “What we can do is to come together and not be dictated by fear or be intimidated,” he shared. “Spaces won’t fight for us but our strength in numbers will.”

It’s difficult not to be emotional and to think further about future incidents like these. Though we hope for it to be the last, it may not be. We can’t help but automatically compare this to curfew-related violence back in the ’80s. How does one react to a small gathering turn into an unnecessary police raid?

Our collective unease is no exaggeration. For the first time in our young lives, we do not scoff at our parents’ heed to keep safe when going out. We have the right to worry about our safe spaces. Incidents like these bring us closer to understanding where our collective freedom stands. Was this a form of political intimidation? Was this to silence the youth and everyone else fighting for what they believe to be right? There are no coherent answers, only opinions. Regardless, what the police did to SAKA’s event at Catch 272 last weekend will never be just.

Read more about the official statement of Catch272 here.