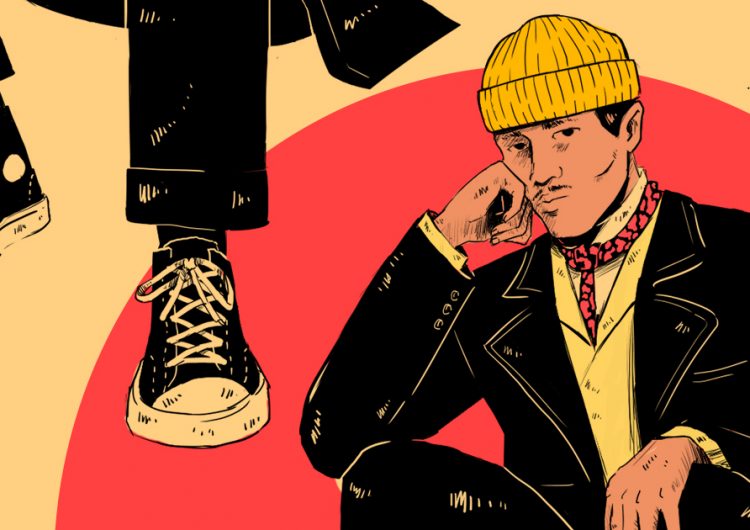 You’ve encountered the fuckboy at the club near your college. You tell yourself you’re done with those one night stands and cheap excuses for a bar. So now, you go to the local gig place where the lights are always dim. In the corner sits a boy wearing a beanie and chugging a bottle of India Pale Ale, observing you from a distance. Voila, you’re entering a new world full of the same animal but transforms into different beast at night: the softboy. But can we really call it new?

It was a little over two years ago when the softboy phenomenon conquered the internet, and girls thanked the heavens for knowing better. However, observing the qualities of a softboy—sensitive, charming, artistic, obscure—reminded us of a renowned figure who perfectly fits the category. (God would he have aced it.)

We can’t stop thinking. Could it be true that Jose Rizal was the very first softboy? We list down the reasons supporting our argument:

Number one: Jose Rizal was “woke” as fuck

Just like a softboy, Jose Rizal was a fighter for social change–and of course, he couldn’t stop talking about it. Dinners consist of him trying to politically correct you because he’s too sensitive. “It’s just a joke,” you explain. But it’s too late —he is now staring into the distance contemplating the many struggles in this world. The food is getting cold, but you can’t point this out because no one ever dares disturb the contemplations of a softboy. Fifteen minutes have passed, and he’s rushing to go home to jot down his new discovery, which he will channel through his art. Of course, after getting into your pants.

Unlike other heroes, he fought for independence through his pen and paper. Like the softboy, he hates violence and rowdy fistfights, because he’s a refined and educated man. He will only ever approach his advocacies through his art forms. But don’t worry, this visionary has many.

Number two: He is an artist of many kinds, a “Renaissance man”

He’s into art, literature, science, language, a doctor… okay we get it. Just like the softboy, Jose Rizal exerts most of his energy learning different kinds of art. It was reported that Rizal, out of his many expertise, sucked at music–a subject most softboys excel at. According to various sources, this is because he already realized early in life that his singing “sounded like the braying of an ass.”

Rizal is one of the few recognized ‘”Renaissance men” in the world.

But to compensate for this, he was an anthropologist, ethnologist, economist, sociologist, educator, architect, engineer, sculptor, painter, playwright, novelist, historian, journalist, farmer, dramatist, ophthalmologist, martial artist and a cartographer, among other things. Rizal is one of the few recognized “Renaissance men” in the world–a well-educated person and one who excels in a wide variety of subjects or fields.

If he had Tinder, it wouldn’t have been hard for him to match with girls because he’s literally interested in almost anything. The conversations will be far from boring and the only thing that can stop this is when he gets bored of you. 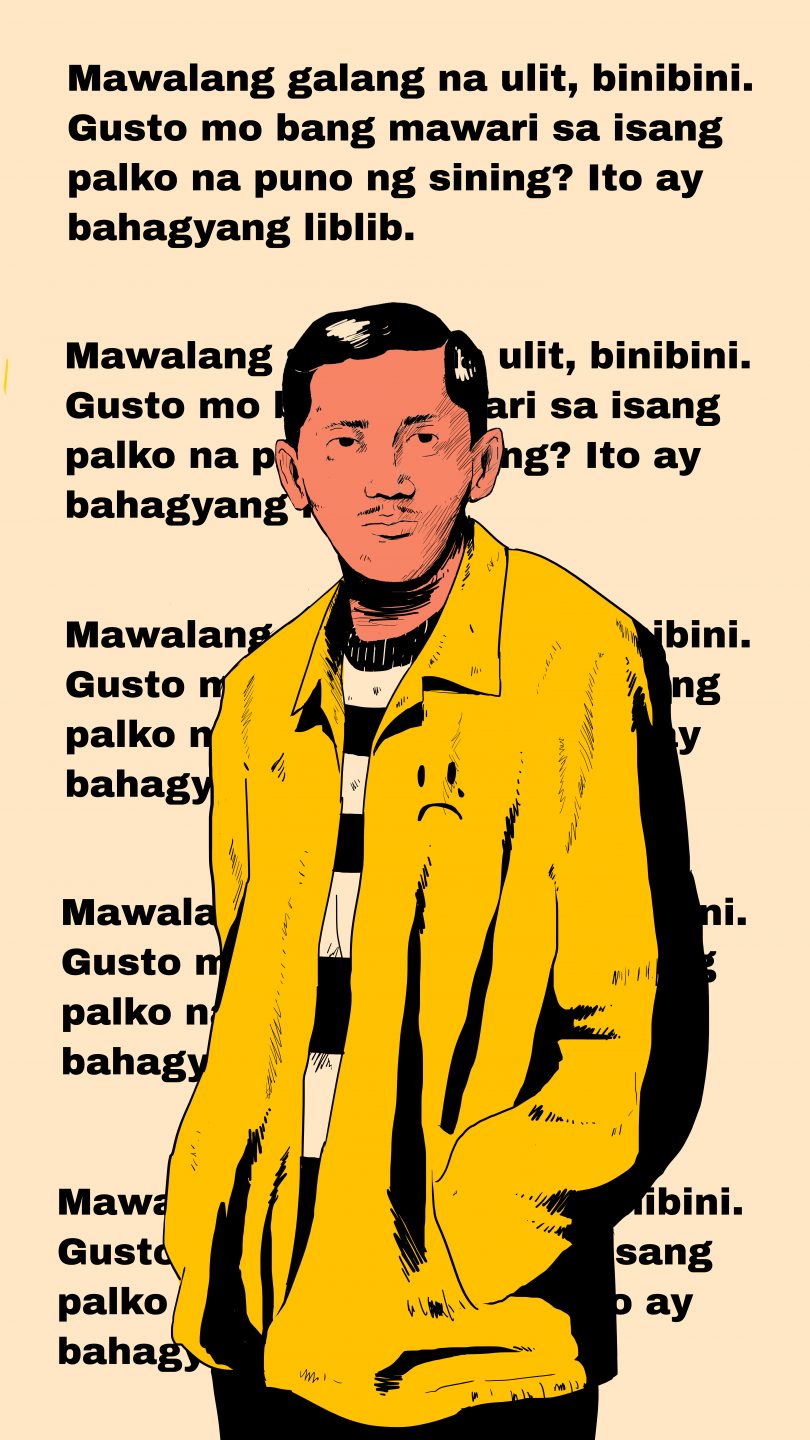 His Instagram would have been filled with neutral-toned iPhone shots of sceneries—except the photo won’t focus on the famous landmark. Instead, he would’ve captured the birds flocking near famous spots because he’s obscure this way. He would’ve taken shots of the serene street outside his Airbnb or the locals peacefully walking–to show the world that he’s not too excited about traveling and to him, this is completely normal.

According to reports, he traveled extensively and had been to the United States, Spain, Great Britain, France, Austria, Germany, Belgium, Switzerland, Czech Republic, Italy, Singapore, Borneo, Hong Kong, China and Japan. He traveled because of his art, not because of the ladies but defensively says he can’t resist temptation.

Number four: He has his way with words

Your average modern softboy took three elective classes for foreign language as part of their course requirement, and he’s damn proud about it. But before you judge him, the softboy insists that he loves watching obscure foreign films and acts as if he were French in his past life. Nevertheless, don’t question his integrity because you can’t deny it–the softboy has a way with words.

Just like the softboy, Jose Rizal has mastered 22 languages.

“Hey, wanna have dinner… or something?” the softboy asks. Yet his uncertainty combined with the seemingly courageous act gets you all the time, and the softboy knows that. Just like the softboy, Jose Rizal has mastered 22 languages: Hebrew, Filipino, Ilokano, Bisayan, Subanon, Chinese, Latin, Spanish, Greek, English, French, German, Arabic, Malay, Sanskrit, Dutch, Japanese, Catalan, Italian, Portuguese, Swedish and Russian. Girls around the world didn’t ever have to compromise. This boy’s Italian in the streets but Ilokano in the sheets.

Number five: He’s got a long list of ex-girlfriends

There were at least nine women linked with Rizal; namely Segunda Katigbak, Leonor Valenzuela, Consuelo Ortiga, O-Sei San, Gertrude Beckette, Nelly Boustead, Suzanne Jacoby and Josephine Bracken. He was also linked to Leonor Rivera, whose father is the cousin of Jose Rizal’s father,but just like the softboy, he would defend this as “fate.”

Rizal claimed Leonor Rivera was the greatest influence that prevented him from falling in love with other women when traveling outside the country. But of course, occasional hookups and ghosting definitely didn’t count as “falling in love.” He’s just a young boy with a young, curious heart. 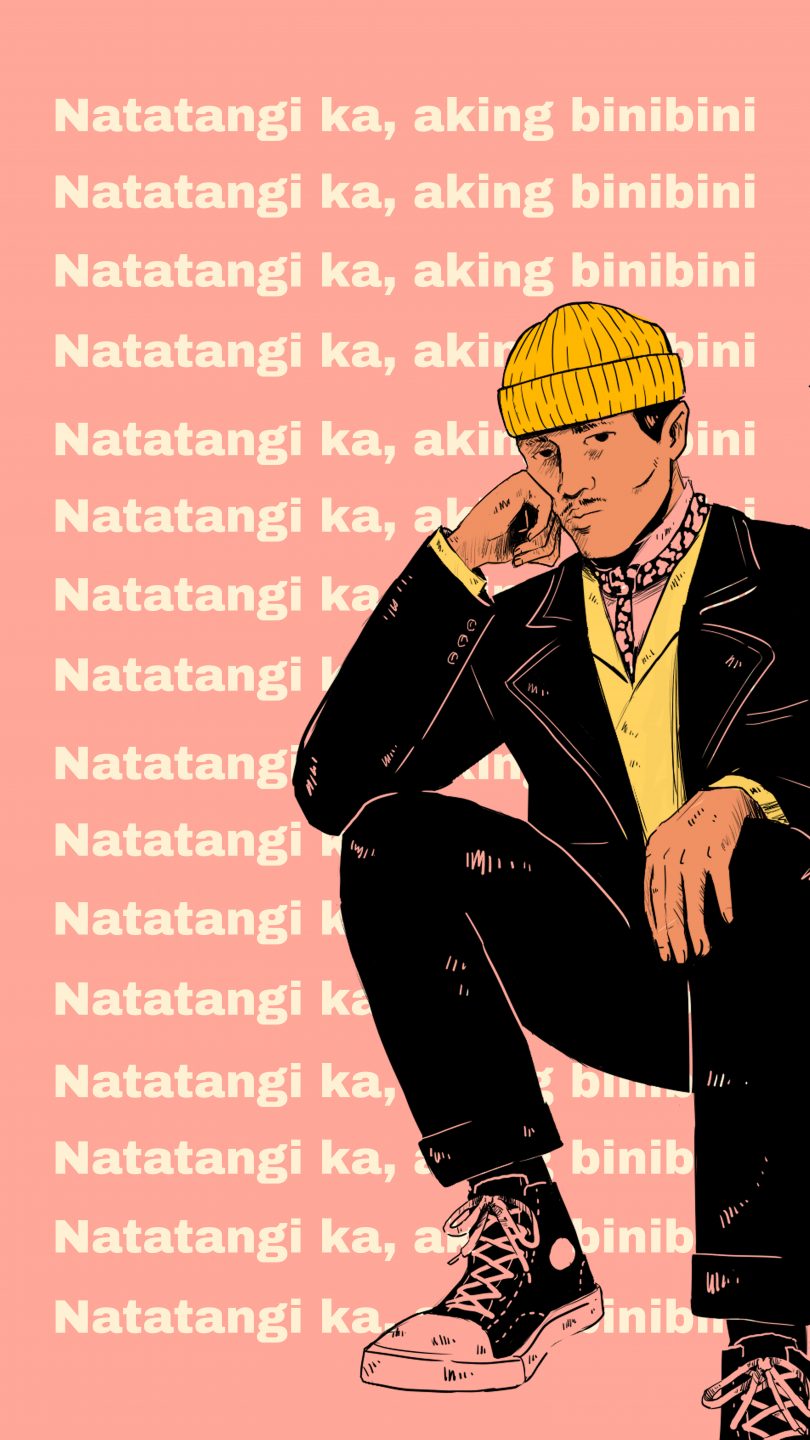 Number six: He has a reputation, pseudonym

Just like any classic softboy, their long list of ex-girlfriends and flings would have definitely talked about him once or twice. The softboy creates a reputation and sooner or later, a pseudonym girls use to refer to him. Like a sly little metaphorical python, it was reported that Rizal was addressed by his European lovers as “little bad boy.” With his small demeanor and medium build, the boy swooned the ladies not with his physical appearance but with charm, humor and knowledge.

Like a sly little metaphorical python, it was reported that Rizal was addressed by his European lovers as “little bad boy.”

Upon discovering a series of letters that include love messages for Rizal, a Belgian woman named Suzanne wrote: ‘There will never be any home in which you are so loved as that in Brussels. So, you little bad boy, hurry back.’

So, you’ve had a night with the softboy and it was amazing. You can’t even deny it. He made you laugh, there were no dull moments and he was adventurous in bed. The morning came, and you were so excited to receive a text dying to know when you’ll see him again. But then, the sun has set and you hear absolutely nothing from him. This happens again, and again and again. You have just been ghosted.

Rizal, guilty as charged, has had many flings but few serious relationships.

It’s only after a month and three weeks that the softboy hits you up again. Seeing his name appear on your notifications at 2 a.m. in the morning, you expect an explanation. His text reads, “Hey what u up to 2night? Wanna hang?”

Rizal, guilty as charged, has had many flings but few serious relationships. Of course, he ghosted and ghosted his flings because he only ever gets serious sometimes. The softboy deliberately does this to cover up for the fact that he’s a fuckboy disguised in flowers and all things sensitive. 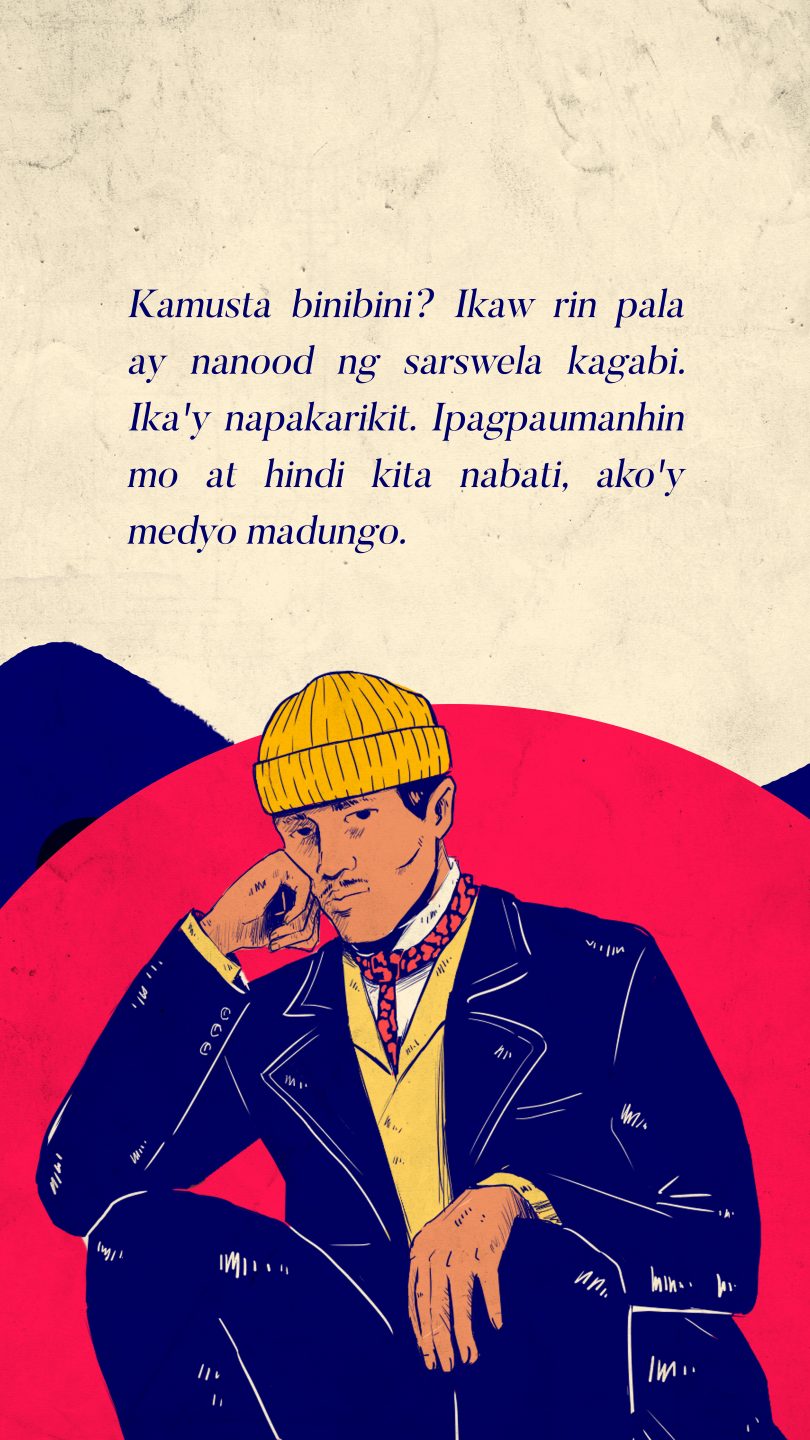 If you’re one of the lucky ones who weren’t ghosted by a softboy, you’d probably know about their obscure antics. The softboy will never do anything that’s “regular.” Watch a mainstream movie in a packed cinema? Hell, nah. He despises that. He would rather watch an illegally downloaded 1951 Quebec film through a projector while eating kale chips. After this, he’d hand you his self-rolled Gudang. But he would only ever smoke this on top of a roof or in the middle of an empty park.

Like a true softboy, Rizal once sent a love letter written in invisible ink to Leonor Valenzuela, a tall girl from Pagsanjan. Faithful to his mysterious nature, the message could only be deciphered if you put the letter over a lamp or candle.

Number nine: He just wants to be loved (lmao)

But he values his independence more. Just like any softboy, he would claim after each relationship that it just didn’t work out because “stuff happened” or as the young adult one would say, “shit happens.” Truth be told, either he feels too young to settle down or he’s hung up on his ex. Of course, he’ll never tell you that. Instead, he’ll tell you, “you’re not like other girls.”

The next thing you know, you’re the inspiration behind his art. Or so you thought. Since the softboy only has a template of romantic moves and pickup lines, almost every girl shares the same experience with him. There are probably nine of you who think the softboy was pertaining to you in his new art. Too bad, he only ever takes inspiration from his childhood love. Hence, Leonor Rivera being immortalized through the character of Maria Clara.

Despite Rizal’s romantic affairs, we can’t deny that his dedication to his craft and country weighed more for him. For the girls he hooked up with, maybe they were left in misery. But for the rest of us, history was made.

Perhaps next time you encounter a softboy, give him the benefit of the doubt. Bid him and his slick back hair farewell as he walks off into the sunset with that infamous little smirk. Perhaps he’s off making history, just like the very first softboy, José Protasio Rizal Mercado y Alonso Realonda.

Do you agree that Jose Rizal was a softboy, or do you beg to differ? Leave us a comment below, or @scoutmagph.

SHAREFor “Harry Potter” fans, gone are the ol’ days of Pottermore when we’d...

SHAREHaruki Murakami is undoubtedly fused in contemporary literature’s DNA. While he brought Japanese...