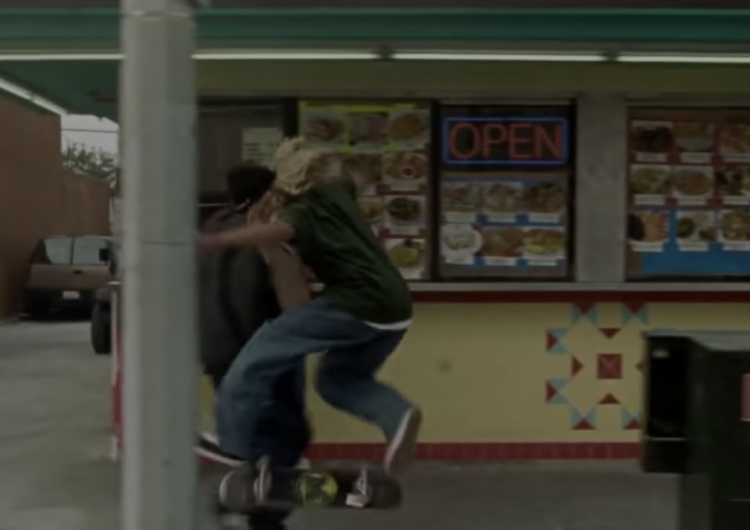 You’ve probably come across a photo of Jonah Hill with colored hair and tattoos. One might think he’s in the verge of a mid-life crisis—but you can’t deny it. He looks pretty dope.

The same goes for his new project Mid 90s. Written and directed by Jonah Hill, the movie is a sentimental, funny depiction of American adolescence. To be released under A24 on Oct 19, Mid 90s’ lives up to its title by having the interesting, vintage premise of skate culture. We say premise because Hill incorporates this not brutally but harmoniously as part of the kids’ lives–just like any subculture. Also, this means not necessarily obsessing over it but rather having it as an interest while life goes on.

Read also: A love letter to skating, from someone who doesn’t skate

Needless to say, it’s realistic. Although we live in the Philippines where other sports and games prevailed, the movie’s vibe is indomitably relatable.  Perhaps it’s because of video games or MTV that there’s this contagious reminiscence to 90s Los Angeles. Check out the trailer below.

SHARERemember the Starbucks cup on that one “Game of Thrones” scene? Well, it...