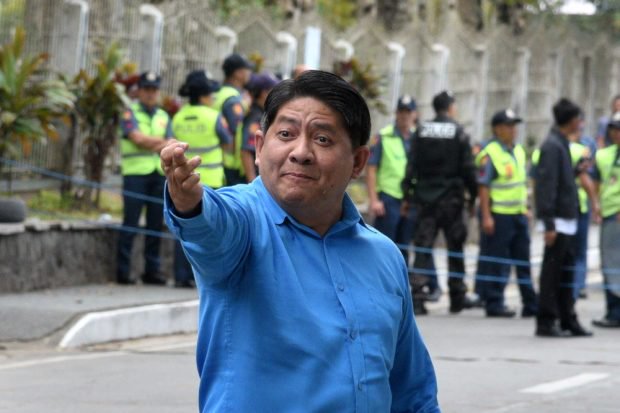 A lot of stupid stunts, tricks, and stunts become famous. How come? Because it’s humorous, heartwarming, informative, or generally enough for us to reward with our attention. A funny cute cat falls on the floor? I love that shit. Manila cityscapes rendered in GTA San Andreas? Watch me smash that motherfucking like button. An old meme with some Grin Department lyrics? I’m chortling in here. Chortling.

But this Larry Gadon business where he is recorded calling certain groups and things as “hindi bobo“: not funny. The last thing we need is to go to Larry Gadon for approval for ANYTHING.

In the past few days he has been recorded declaring the following entities as “hindi bobo“: Dota 2 team Execration, Far Eastern University, and De La Salle University-Dasmarinas.

It’s not a meme. There’s no ironic twist. And to understand where this whole schtick came from, Gadon was first quoted as saying “bobo!” towards supporters of ousted Chief Justice Sereno, whom Gadon opposed in court.

Don’t be fooled; this is nothing less than a social media stunt to somehow warm Larry Gadon up to the public. It’s reminiscent of the Steve Buscemi “hey fellow kids” meme, except this time it has real-life consequences. Gadon is rumored to run in next year’s senatorial elections. Speaking of senatorial elections, remember when he wanted genocide for the Muslim population in the country?

Sometimes someone accepting his meme status comes off as a story of moral or ethical clarity, of someone becoming cognizant of their mistake and moving on. This isn’t the case when Gadon, surrounded by college students, declares that their school has students that aren’t stupid. It’s a joke at the expense of the students who are tolerating his behavior and of us, the viewers who in our shares and likes, are giving him a bigger platform in the guise of a funny video.

SHAREBefore we could figure out how to actually say the name, Elon Musk...