Don’t trust people who have no respect for cosplayers whatsoever. Who are they to cast judgment on an art form built from blood, glue gun burns, and unadulterated admiration? This made the art of cosplaying a highlight of any pop culture convention. It’s all one of the biggest pride of the fandom. Seeing handmade costumes worn by fans from all over is an amazing sight to see. They range from original interpretations to replicas that could replace the original. Being fans first and craftsmen second, one can’t deny giving props to these passionate folks.

Keeping this in mind, we went around the APCC convention halls, asking six cosplayers on the misconceptions about their craft that they’re just over with. Hearing these tired assumptions on cosplaying made us want to pull the glue gun too.

Read more: Cosplayers are a lot of things, but craftsmen takes the cake. 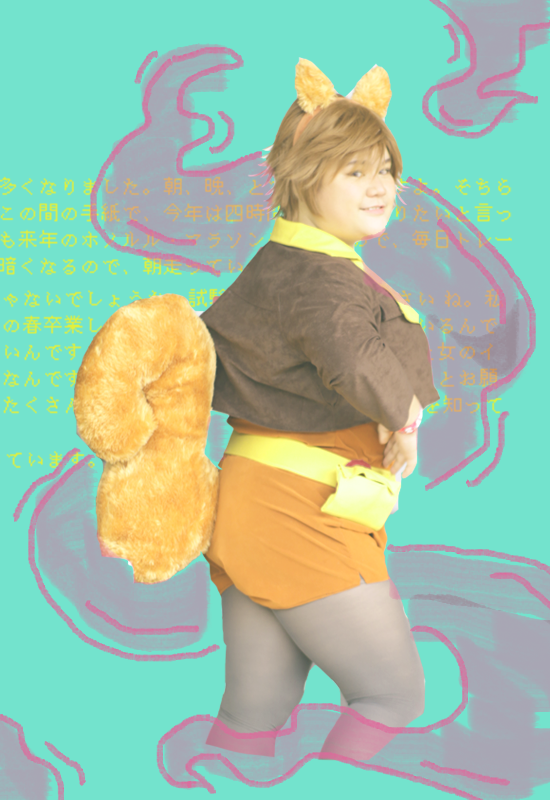 What’s is like the best part of cosplaying and the worst part of cosplaying in a con?
I guess the worst part is surviving the con dressed like this. Carrying everything is a hassle [laughs] and you can’t fit into the hall. Kapag nasa loob ka na ng con, hindi ka na makapasok sa merch. My tail has fallen like twice today. And actually keep, you know smiling kahit pagod ka na. Kapag picture, you need to smile. But the best thing talaga is you get to suffer with friends.

What’s the worst misconceptions for you guys as cosplayers?
We get paid to do this. We do not. We just do this for fun, and we’re not mascots, isa pa ‘yun. We want to show the character for fun, but we’re not supposed to advertise anything, we’re not advertising Marvel. We just love them. 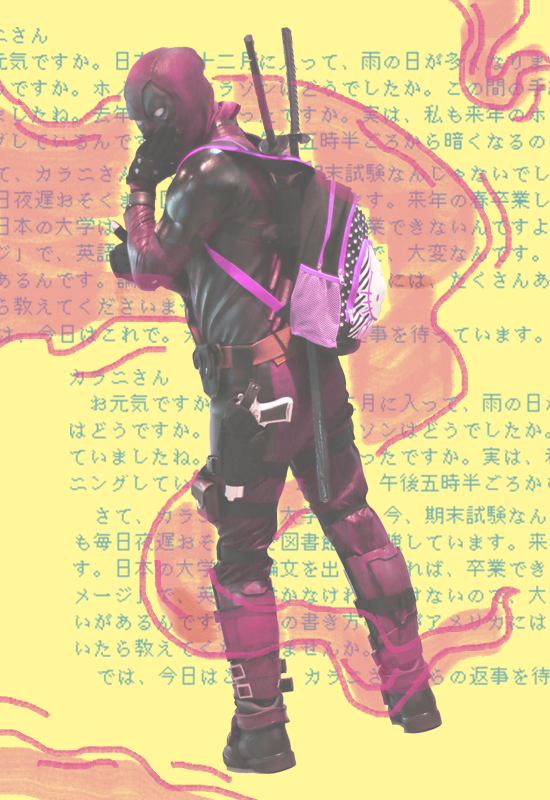 What’s the best part of cosplaying in APCC?
Actually, every year it gets better. There are like more booths now. Netflix’s booth’s amazing and the cosplayers are putting it to the next level too.

What’s the best part on cosplaying Deadpool this year?
On the day you cosplay, you feel like you’re a celebrity. It’s because people just stop and take a picture with you —literally. Sometimes, it all gets tiring, but you deal with it. You got into the hobby, it comes with it. 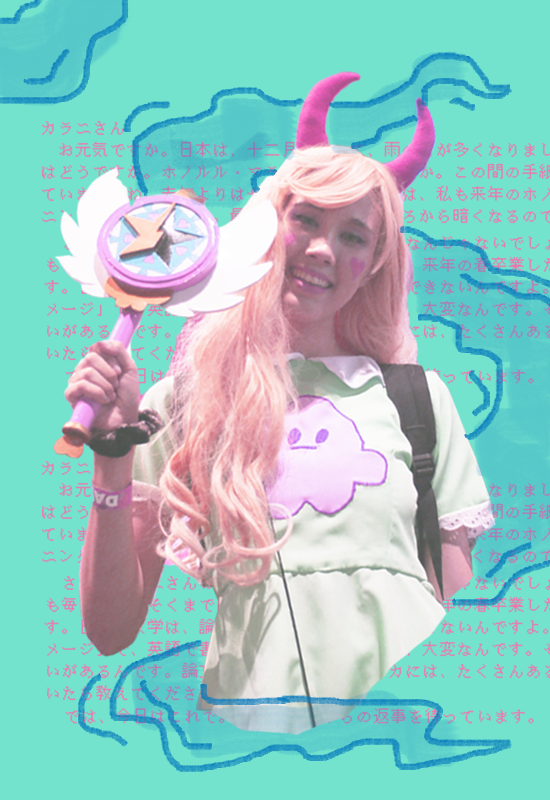 Meghan Frye, cosplaying Star Butterfly from Disney’s Star Vs. The Forces of Evil

How do you maintain your costume throughout the con?
For me, personally, the wigs and contact lenses give me horrible headaches. When your costume suddenly breaks in the con, it’s just such a hassle to take care of it.

What’s a misconception about cosplay that you’re kinda tired about?
For me, it’s a specific part of cosplay. I hate that just because you do a sexy cosplay, you doing it for attention. I’m tired of people thinking that you’re like trying to be a fame whore or something. That’s the thing that really hits.

What’s an advice you’ll give to first time cosplayers?
Don’t worry about if a certain character suits you or not —just cosplay it. Do it because you love the character. It’s for the sake of you admiring that character and enjoying it. Don’t cosplay something that you don’t like, but suits you. Do what you want to make yourself happy. 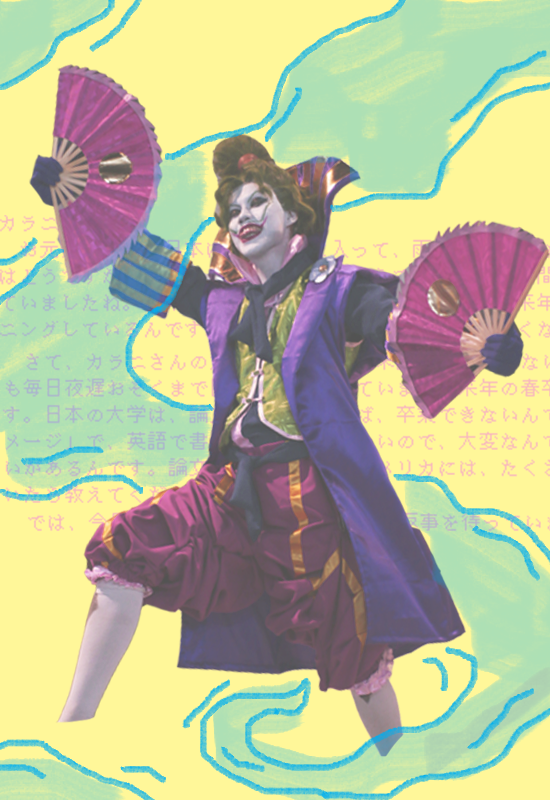 What inspired you to do this version of Joker?
Actually, this was requested by my friend’s husband. It’s a bargaining chip actually. I requested my friend to cosplay Hela. For her, I did Joker of Batman Ninja.

How do you maintain such an elaborate costume?
Oh my god, as you can see, [my wig] is a lace front so it keeps getting up. I can’t control the wig, so guess I need to have it fix the next time I use it. The face paint keeps getting on my face paint. 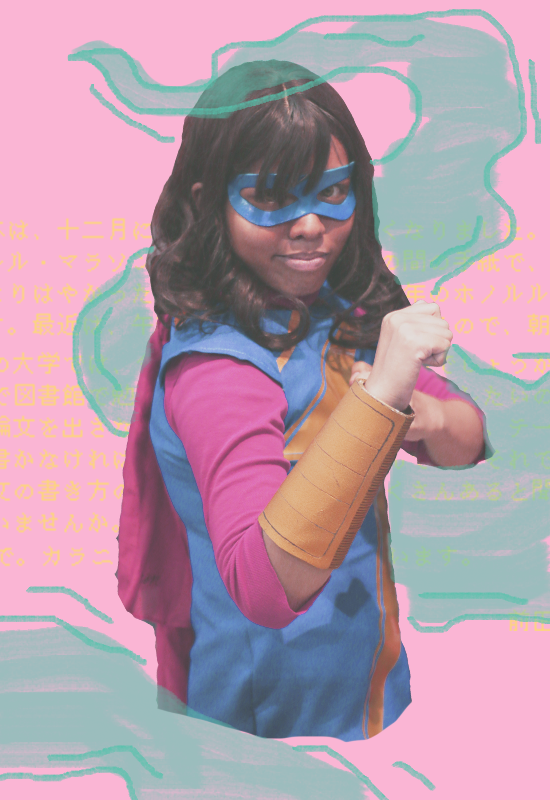 What’s a misconception on cosplaying that you want gone?
I’m tired of people saying cosplay has an age limit. People say: “Cosplay? Stop cosplaying, you’re too old for it.” It’s actually for any ages. Like, I can see a Princess Leia here in the con, an old Leia, and there’s a Han Solo, an old Han Solo.  Cosplay is for everyone—in any ages, races, and for anyone who wants to be the character they idolize.

What’s the best way to ease in to cosplaying?
Try to attend a comic con first and try to get a feel of it. It helps if you start small like wearing a wig or something. Ask yourself: do you feel comfortable? If you do feel comfortable, then maybe you can try cosplaying for the next con.  You can do anything. You just have to take it step by step. 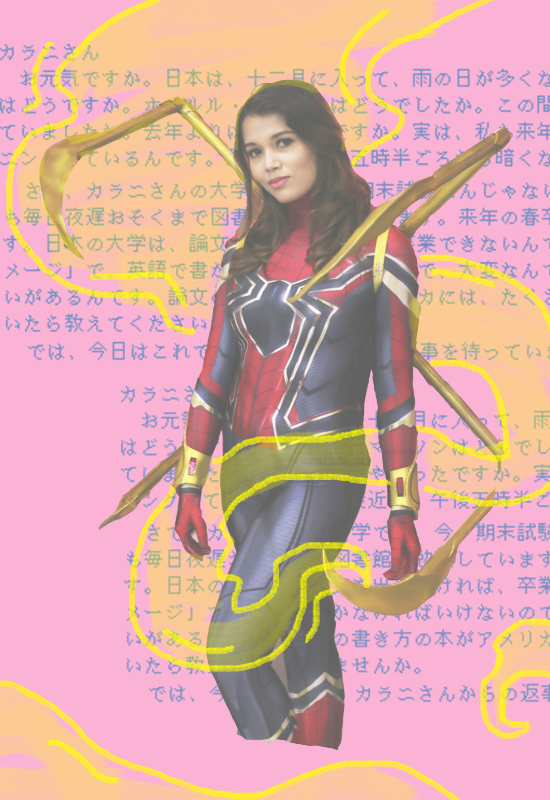 What’s a bad, cosplaying habit that you have?
The worst part is when I don’t test-wear my cosplays. Imagine walking around the convention for hours and having things fall off. It’s a little bit hard, but it’s still manageable.

Do you have a tendency to cram your cosplay?
I’m actually maybe the one cosplayer who doesn’t like cramming my cosplays. I usually try to plan like a month in advance for everything. I actually did three different cosplays for this con, so I made sure to have at least one week to finish my props for all of them.

What’s your advice for people who want to give cosplaying a go?
If you really love a character, it doesn’t matter if you look like them. Don’t worry about your weight, your skin color, or anything like that. Just go for it and try to enjoy the craft. Enjoy just the feeling of being a character that you love.

SHAREGetting a name for yourself because you deserve it. This was one of...

Or as I like to call it, the new Baby Yoda