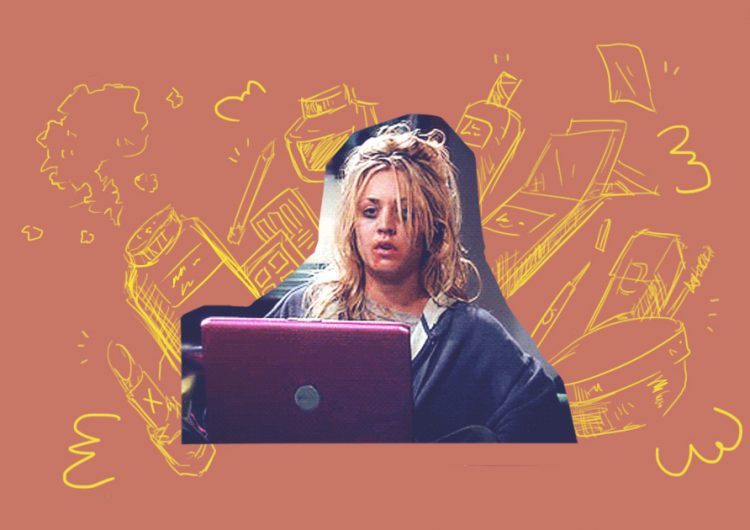 Youtuber feuds aren’t uncommon. What’s uncommon, however, is an international Youtuber spilling tea on a local one. Yesterday, American beauty vlogger Jeffree Star commented on one of Michelle Dy’s brand new segment “MD Approved.” If you’re frequent on Youtube, you would know that Jeffree has a similar segment where he approves and disapproves beauty items. He claims that the series is copyrighted in America, and threatens to sue the local vlogger.

It didn’t stop here, Jeffree Star then posted a story while anonymously referring to Michelle as he didn’t want her to have “clout,” or more followers. “I didn’t invent the word [approved], but I’ve been doing that for two years. It’s trademark,” he says.

lol Jeffree Star literally called @michelle_dy out for copying his content and idea, and that's the tea good morning. pic.twitter.com/aOabQXdD0r

Of course, people on the internet were quick to judge. They rejoiced over “tea,” without necessarily analyzing what just happened. People made fun of Michelle Dy while others even called her “cancelledt.”

jeffree star is coming for michelle dy, i need popcorn ?

Seeing fellow Filos dragging Michelle Dy with pleasure after she was (indirectly, I believe) called out by Jeffree Star on Snapchat makes me super ashamed of being a Filipino right now. ??‍♀️

Not spilling my bad tea, but I think what happened to Michelle Dy is a reminder to all — Most esp. people working with creatives:

Not everyone will call out like how Jeffree Star did. YET no one should just copy ideas and create their own out of it.

In a twitter statement, the Filipina Youtuber issued a public apology. For the massive commotion her video caused and all the hate, we understand why.

Perhaps it was Michelle’s fault for not doing further research on copyright and not properly crediting her “inspirations.” As a public figure, she should have been responsible. We all know the internet isn’t a friendly place. While her name isn’t necessarily clear in terms of past issues, her owning up to this mistake was commendable. She didn’t try to cause further drama, and even took a positive tone. It was a learning experience for her, as things like this should be. Let’s just hope we hear no bad things from her in the future. As for now, good luck with being sued.

Sure, call out culture empowers the abused and silenced. However, Jeffree Star is neither of those.

What we observed though is that people nowadays are so obsessed with drama that it’s toxic. If we’re being honest, this reminds us of petty high school fights and bullying. We’re not defending Michelle Dy, but we’re simply pointing out that there could have been better ways to settle things. Sure, call out culture empowers the abused and silenced. However, Jeffree Star is neither of those. In fact, Jeffree Star has his long history of issues regarding racism, discrimination, and more.

Why are people happy that Jeffree Star is dragging Michelle Dy to the dirt? Sure it looks bad for Michelle Dy. But you better do your research on Jeffree's past too, and see what type of person you are cheering on.

In case the internet has forgotten, Jeffree Star is one of the white people who say the N word without caution. He also once called another Youtuber, MakeupShayla, a “c*nt and a h*e” and left a misogynistic remark. On top of that, he admitted to having anger management issues in the past and is sorry about it. He is known for stealing concepts regarding his makeup brand. In fact, he was sued for copyright infringement before. He is also an advocate against bullying, but paves way to modern digital bullying by continually spilling tea. Overall, him calling out Michelle is plain hypocritical.

There’s a difference between strong personalities and plain aggressive ones.

We all know that call out culture has its insensitivities, because it’s often one-sided. People tend to gang up because of the hype, or perhaps they are mislead by thinking they are fighting for what’s right. Rather than correcting those who have wronged him in a calm and private manner, he results to call out culture. This incident proves being a bully is not exclusive to the grounds of school. It has evolved into the digital platform as well. We’re not saying that Jeffree explicitly bullied Michelle Dy, because she had her fair share of faults. We’re just saying it can get to that extent, especially if majority of internet users condone such aggressive behaviors.

There’s a difference between strong personalities and plain aggressive ones. More often than not, the line is blurry. Whether it’s about supporting Jeffree, Michelle, or anyone else, it is our responsibility with the free speech the internet platform has given us, to always think before we type.

SHAREFreelancers have been heavily affected by this “enhanced community quarantine.” Independent artists’ biggest...