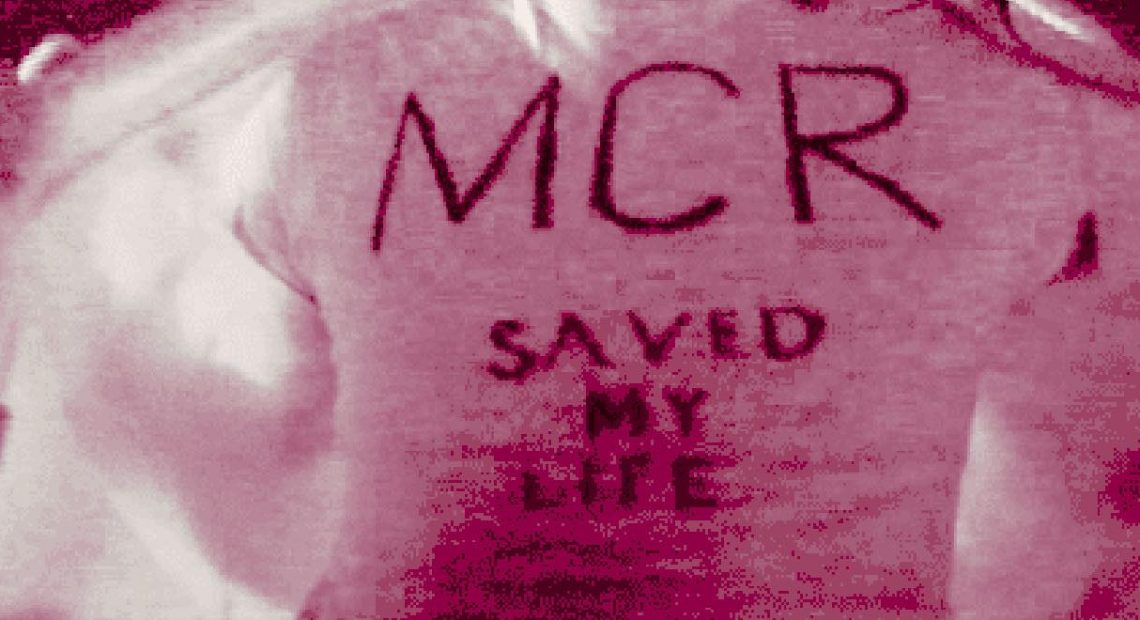 Warning: This article touches on topics such as depression and body dysmorphia.

My Chemical Romance were the first people to teach me what self-care was.

I wish it was my parents, or my friends, or even Lizzo. But the person who taught me to love myself doesn’t belong in the lineup of usual suspects. Instead, they belong to a young Millenial’s Spotify emo playlist.

Read more: Millennials are not only tired, they’re also lonely

Everyone in the fifth grade got into My Chemical Romance when “Welcome to The Black Parade” made the charts. This included me, who religiously votes for their stay at MYX’s “Daily Top Ten.” But unlike everyone in my grade, I got into them when I was eight, the time when my body dysmorphia blew up.

Self-care was a foreign phrase back in 2007. Still, people had a concept of what self-respect and confidence meant, but these terms were lost on me. It’s not because I missed an important English class—it’s just part of growing up fat.

The first time my classmates teased me for my weight was back in pre-school. Back then, my six-year-old self thought my parents would defend my honor. Instead, they told me two things: these are merely baby fats and to watch what I eat from now on.

But unlike everyone in my grade, I got into [My Chemical Romance] when I was eight, the time when my body dysmorphia blew up.

Slowly, I developed a habit of weighing myself on my mom’s scale. I was seven when I thought of developing a diet plan. At eight, I secretly ate my mother’s Herbalife powder shakes, thinking it would shed the pounds.

This sounds a bit dramatic for someone who was just bullied once, right? But it wasn’t just once. When you’re bullied about your weight, it doesn’t happen once. You’ll remember the first time it happened and slowly become numb when insults become part of your everyday life.

Read more: My Chemical Romance is back for real this time

So as a fat kid who hates her own body, hearing the words: “I’m not ashamed/I’m going to show my scar” on the top charts made me feel understood. I didn’t feel useless and alone. People can mistake these feelings for angst, but the way I saw it; No one will care enough about me until I’m not thirty pounds lighter.

My perspective on self-worth shifted when I started listening to My Chemical Romance.

“It’s okay to be fucked up, ’cause there are five guys in this band who are just as fucked up as you but we’ve overcome that to do what we do,” explains Gerard Way in their 2006 documentary “Life On The Murder Scene.” At a time where mental health remained a taboo subject, the band talked openly about their personal struggle with it, especially Way who has clinical depression.

Their transparency on mental health helped fans like me to develop empathy for others who go through the same thing. It helped us accept and battle our personal demons, instead of succumbing to them.

In those times, cries for mental health awareness were dismissed as teen angst. My Chemical Romance stood up against misogyny, mental health stigma, homophobia, and transphobia during a time where call-out culture doesn’t exist. “Sometimes, honestly, I feel like we’re moderating a support group,” says Way to Spin Magazine. “We tap into dark stuff from the high school years, and it’s our responsibility to bring kids to a positive, nonviolent solution.”

“We tap into dark stuff from the high school years, and it’s our responsibility to bring kids to a positive, nonviolent solution.”

“Fans could see their own experiences in these songs. They can relate to them on a deeper level and feel like they’re not the only ones dealing with these problems. This was the heart of MCR’s message.” video essayist Trash Theory points out. That’s why fans gravitated to them. Like me, they don’t feel infantilized when we listen to MCR tracks. For the first time in our young lives, someone took our struggles with mental health seriously.

My childhood obsession with the band impacted a lot of my life decisions. For instance, I got into Skittles because it’s their guitarist Frank Iero’s favorite, I listened to Blur and Bowie religiously since Gerard Way loves British music, and I searched for white, horn-rimmed frames to match their bassist, Mikey Way’s glasses (never found them).

Those instances I mentioned above aren’t important decisions, but deciding to stay alive after every harrowing depressive episode is.

Now that My Chemical Romance is reuniting, I realized how a lot has changed. Most of their fans are now young adults like me. Our music taste, fashion sense, and personal perspectives have shifted. But hearing the words “I’m not afraid to keep on living,” on national radio when we were younger will always remain impactful.

So Gen Z teens, when you see young adults crying over a G note—let them be. We’re just honoring a band who taught them self-care is to scream at life, and say: You cannot destroy me.

Still from “Life On The Murder Scene”

SHAREAcknowledging privilege (with a dose of frustration) triggered the birth of Stickers for...

SHAREAs college students, sticking to a budget can be challenging. There are things...

SHARE“How are you?” Nadine Lustre asks even before that same question came out...