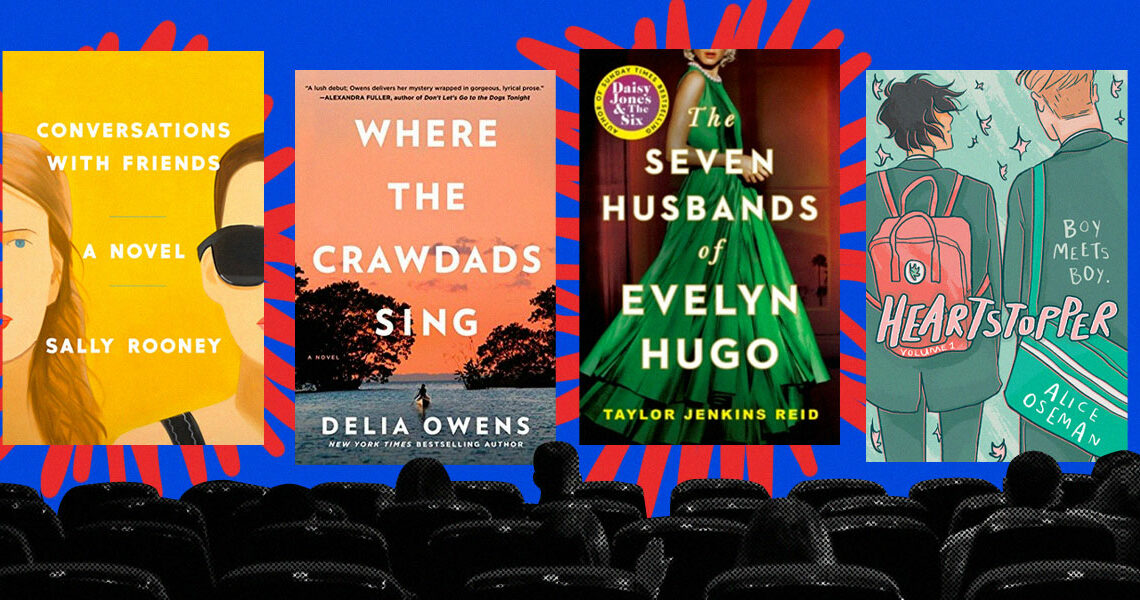 Look, the book-to-screen pipeline may have a hit-or-miss nature (*cue audible sighs of “Percy Jackson” stans*), but it does offer us unforgettable pieces of pop culture. With adaptations in the vein of “Flipped,” “Fight Club,” and “Little Women,” exploring familiar narratives with a whole new lens become experiences worth obsessing over.

In the search for more wins in this realm, here’s a list of upcoming adaptations that we hope would give justice to the pipeline—and wouldn’t make a solid fan aggressively whisper, “Hey, you’re doing the book dirty.”

“Where the Crawdads Sing”

An overachiever in the shelf with its long stay in The New York Times’ Best Sellers list, this mystery-slash-coming-of-age novel written by Delia Owens might just solidify its fan favorite status with its fresh movie adaptation details. Starring Daisy-Edgar Jones (“Normal People”) with Taylor John Smith and Harris Dickinson, this film directed by Olivia Newman will be Taylor Swiftified as the superstar has penned a new song titled “Carolina” for the movie. Watch the “haunting” track to intensify the story of Kya, a young girl who raises herself in the marshes of North Carolina. One day, she gets accused of killing a man who once pursued her.

After “Normal People” comes another Sally Rooney brainchild that’s bound to make us tweet “screaming crying throwing up.” The Irish author’s debut novel is set for a 12-episode release on Hulu, with Lenny Abrahamson still taking the director’s chair like in the previous Rooney novel-turned-series. Starring Alison Oliver, Joe Alwyn, Jemima Kirke, and Sasha Lane, the show will dissect the realities of modern relationships through the faces of college students and a married couple.

“Conversations with Friends” premieres in May 2022.

“The Seven Husbands of Evelyn Hugo”

Just today, the Netflix movie adaptation for the massive bestseller by Taylor Jenkins Reid, published in 2017, has been made official. The tale revolves around an aging and reclusive Evelyn Hugo and her life as a Hollywood movie icon. When an unknown reporter named Monique Grant is given the opportunity by the star to deliver her confessional biography, secrets are bound to unfold. But why was Monique the chosen one in the first place?

The BookTok side of the interwebs may be winning on this one, but fans of the novel are still hoping it’ll turn into a series instead.

The premiere date for “The Seven Husbands of Evelyn Hugo” is yet to be announced.

Meanwhile, in the young adult section, the heartwarming webcomic by author Alice Oseman is also up for its Netflix series version. Euros Lyn (“Sherlock,” “Doctor Who”) will direct the coming-of-age tale, which follows a friends-to-lovers saga between two teenage boys. It also explores topics like coming out, friendships, and growing pains in high school. In April 2021, Oseman revealed the cast after gathering 10,000 hopefuls in its huge open-casting audition.

In need of a My Faves Are Colliding moment? You got it. Frequent collaborators Noah Baumbach, Adam Driver, and Greta Gerwig are teaming up for this upcoming reimagination of the 1985 Don DeLillo novel onscreen, with shooting having begun in 2021, says IndieWire. The postmodern novel, which bagged the 1985 National Book Award, follows professor Jack Gladney, his fourth wife Babette, and their children as they go through the “rocky passages of family life to the background babble of brand-name consumerism.”

Here’s something for historical fiction fans: Award-winning writer Emma Donoghue’s work is up for its more visually troubling form with a film adaptation directed by Sebastián Lelio. Set in 1862 Irish Midlands, this psychological thriller chronicles the story of 11-year-old Anna O’Donnell, who miraculously survives despite not having food for months. An English nurse named Lib Wright—played by Florence Pugh—visits the place to observe the “fasting girls” phenomenon.

“Bringing the powerful novel ‘The Wonder’ by Emma Donoghue to the screen not only offers me the chance to portray the collision between reason and faith, individual and community, obedience and rebellion, but also to explore my own interpretation of what a ‘period’ film can be,” said Leilo in a Variety interview. The film is set for release this year.