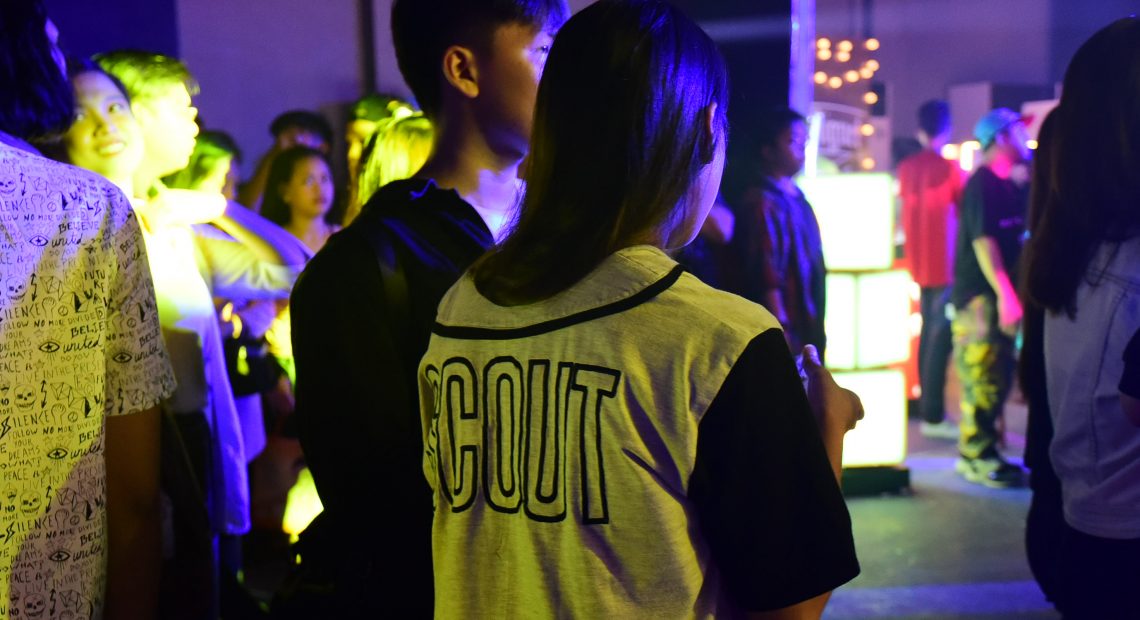 We threw a party despite the downpour and it turned out to be the bombest party of the year. The claim, however, can’t be true if the general public begged to differ. Hence, we gathered a bunch of artists, attendees, performers, merchants, and a 10-year-old kid to tell us about their Scout experience. Here’s what the general public thought about Scout’s fourth birthday.

“Scout was a lot of fun. My friends and I enjoyed the music and the arcade. We got to meet new people as well.” –Igi, Attendee

“Scout events are always fun. It’s a great time to hang out with the homies and cross paths with people you follow on social media but never talk to only to go home to them hitting you up with a ‘Hey! I might be wrong but think I saw you at the Scout event last night.’” –Paulo Reyes, Creative

“A night to remember! It feels so surreal being featured with some of the most talented locals and having to see some of them perform on stage was memorable!” –Abraham, Ha.Mu

“Great job for being on schedule. I had fun kahit umuulan because may smoking area. I stan IVOS.” –Julian, Attendee

“I enjoyed playing the arcade while jamming to the music. It evoked my childhood memories and I got to experience the nostalgia with my friends.” –Tin, Attendee

“Scout General Public was hella fun. You can really feel the liveliness from everyone and everything that was there that night. I mean, we were only 10 minutes in and my little brother already made some friends! Another thing I loved about the event was the people. I loved how everyone came in their own style and flaunted it and they were so confident about it. That’s something I wanna see more often. Scout General Public is an event any young, thriving local would not want to miss. 11/10 would travel back in time and go again!” –Angela Ortiz, Exhibitor

“Everything about the party was amazing! Definitely looked up some of the bands I didn’t recognize and now I’m a fan.” –Cecil, Attendee

“My experience was electrifying! It’s the kind of event where all kinds of people would have a great time.” –Eman, Attendee

“My experience during Scout General Public was nothing less of a blast. I enjoyed the exploding performances of the rap groups and bands. And when I needed a break from listening I just played the arcade! It was amazing!” –Nathan, Attendee

“Scout blew me away with the amazing line-up, great food and drinks, awesome exhibits and fun arcade games. Definitely one for the books!” –Kat, Attendee

“Scout was good. The bands and performers played on time. The food catering was fairly priced and delicious. The local clothing brands that were there to sell their merch was local, had nice designs, and was also fairly priced. Overall the event was a success despite the rain. The venue chosen was also nicely designed and put together, but what made it stand out is its interactiveness.” –Jan, Attendee

“I had a lot of fun! Tons of good music, games, food & drinks, and let’s not forget our good friends who were also there. Everything you could ever want for a great night was packed in a single space.” –Tofi, Attendee

“It was very urban chic with loads of fun and good music. Plus OMG I got to see Curtis Smith live!” –Mamu, Ha.Mu

“Scout: General Public. Best Scout party so far but it’s the only one I’ve been to. I was there for Lex, but I ended up staying for the mini-concert. Didn’t know James Reid could rap. I’m too square for this kind of gig but it was a good night.” –Izo Lopez, Head of Content, Mineski Events Team

“General Public was very inclusive. A lot of people from different communities were there because the participants at the event from merchants, exhibitors, and performers came from very different backgrounds. Scout was able to provide a good platform where everyone from every ‘scene’ could experience what the other ‘scenes’ had to offer. I’d love to see more events like that. It was really fun.” –Raniel Moraleta, co-owner, Wednesday

“[Scout General Public] was a representation of what’s young and free in this generation.” –Elijah Pareno, Writer

“Scout General Public was on point and I really enjoyed the event! No heavy rain would stop the people from waving their hands and I’m delighted to see people dancing and jumping during my set. The highlight of the event for me was when people started to mosh for PMQH set and everyone went wild! I jumped in and made sure not to miss this moment.” –MEH SHUA, Performer

“It was Cool (yes, with a capital C). everything was very creative. Also Mario Kart and Just Dance were awesome! And I loved the games and the french fries and MEH SHUA AND THE DRUM SQUAD WAS FREAKING AWESOME!!!!” –Alfonso Ortiz, 10-year-old

Get the latest copy of Scout at Metro Manila branches of Powerbooks and National Book Store; you can also get copies in your local university or college. For more information, visit inq.news/getscout.

SHAREThe Chenanisaurus barbaricusi, an African T-Rex, was one of the last dinosaurs that lived before...