I have no idea about gaming, let alone eSports? esports? Esports? My editor says it’s Esports. Gaming isn’t entirely a foreign language to me. But Esports is a different ball game altogether. This is what I learned after going to the Globe Conquerors Manila launch last Monday.

League of Legends is one of the world’s, if not the world’s biggest multiplayer online battle arena (MOBA) game, with this tourney alone having over five countries competing to represent Southeast Asia in the World Championships. The cherry on top is the US$100,000 cash prize that comes with a trophy.

Listening in on the Globe Conquerors Manila felt like everyone spoke in a foreign language. I can barely keep up. My limited knowledge of gaming led me to believe two things. One is that venturing into Esports is every net cafe brat’s dream. The second is that going pro and being a consistent champion will set you up good for life. We’re talking big baller money. This is why we call them athletes; when they retire, they’re set for life just like all regular athletes.

Eight teams are going head-to-head this weekend at the MOA Arena. Thailand has Ascension Gaming and MEGA; Malaysia, Kuala Lumpur Hunters and Team Anything; Singapore has Resurgence and Indonesia’s got Bigetron Esports. Two teams represent the Philippines: Team Mineski and Team ArkAngel.

ESPN has described Team ArkAngel as the competition’s dark horse. Wanting to know more about the world of ESports, I sat down with Rox of Team Arkangel who schooled me on pro-gaming. 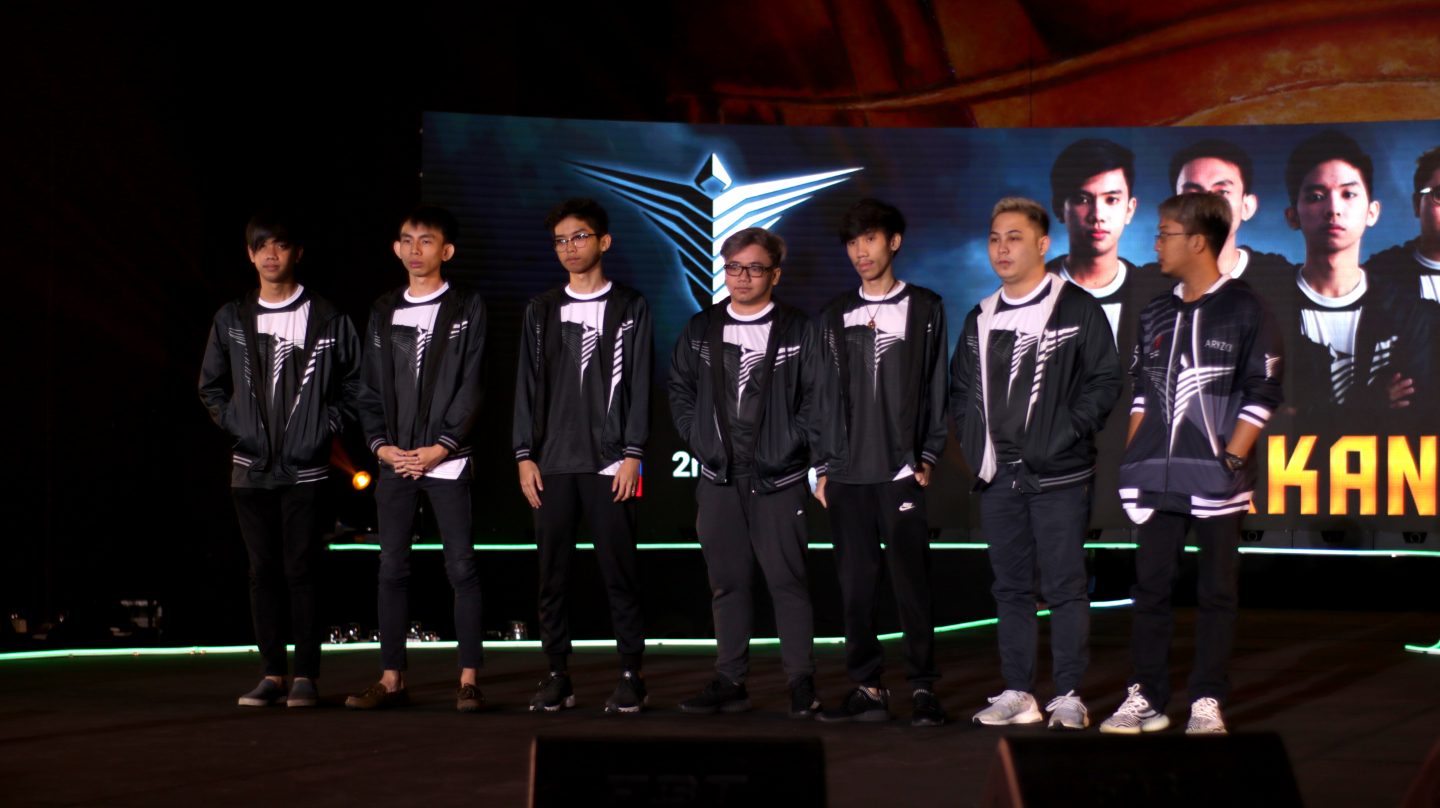 When you’re just a casual gamer, all you think about is just to have fun and gain or raising your rank. But when you go pro like I did, you really have to change your mindset to doing everything while you’re in-game for the benefit of the team.

How does it feel for your team to be chosen for Conquerors Manila?
Of course, I feel very honored. At the same time, I’m very glad that I was able to compete in this event because that just means that we have earned this position and we have what it takes to become a competitor in this event.

What preparations did you take into consideration for the event?
I just worked vigorously, because really, it’s time-consuming. It’s also mentally stressful and of course, it’s also physically stressful. You’re just sitting there all day, no exercise at all. Lalo na kung just eat, play, rest ka lang. The way we prepare for a tournament like this is… every week, we play non-stop.

What makes ArkAngel unique compared to the teams for Conquerors Manila here?
We are not afraid to bring something new to the game.

What made you decide to be a pro-gamer?
It’s my passion. Also, I’m not happy with just playing the game without being satisfied with myself and what I achieve.

What’s the difference between a casual gamer and a pro-gamer?
The huge difference is the mindset because when you’re just a casual gamer, all you think about is just to have fun and gain or raising your rank. But when you go pro like I did, you really have to change your mindset to doing everything while you’re in-game for the benefit of the team. It’s not just for yourself anymore. 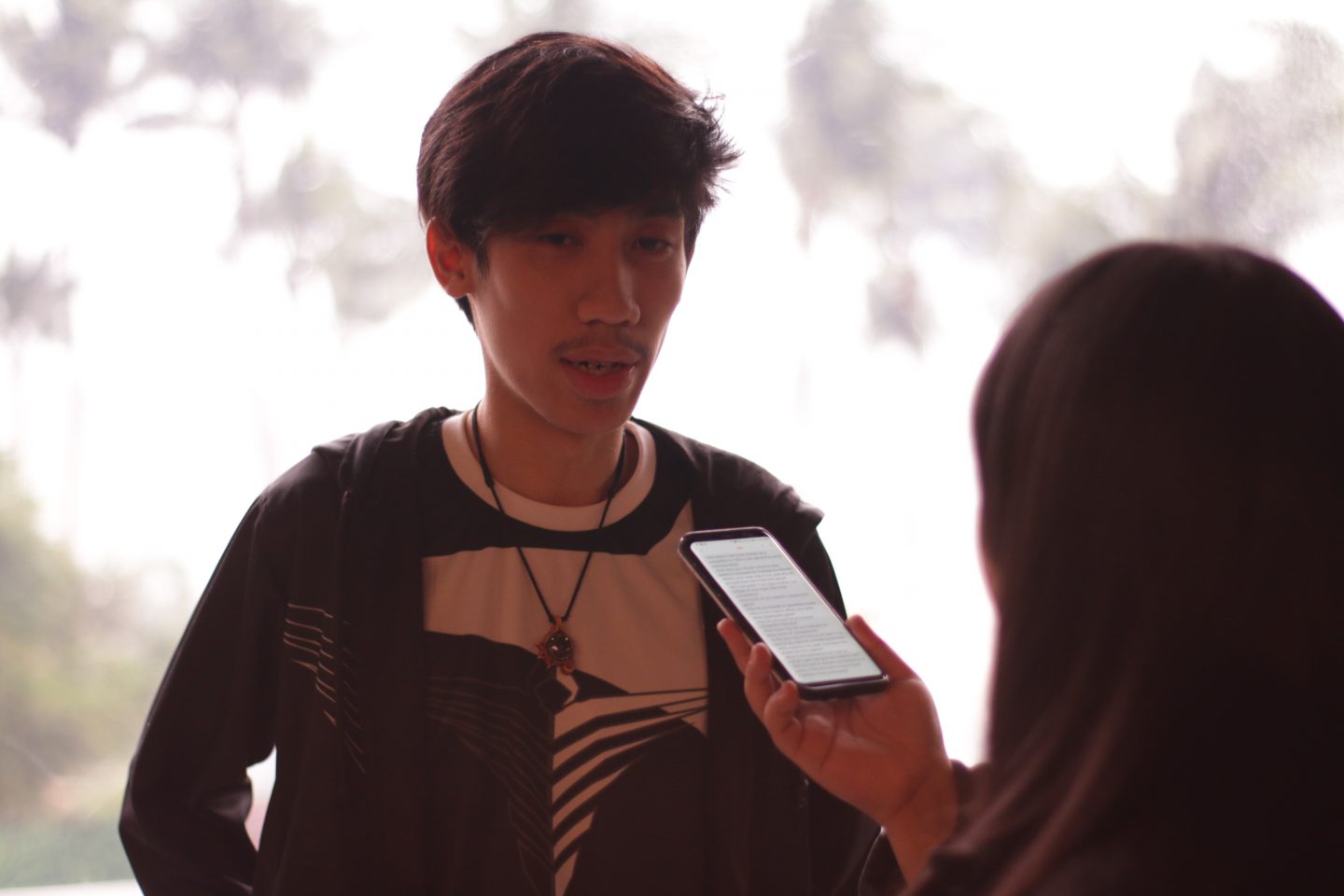 It’s my passion. Also, I’m not happy with just playing the game without being satisfied with myself and what I achieve.

What’s your reaction to the oncoming rise of ESports in the Philippines?
It’s great for us players since we’d been waiting for a long time for this. We’re being called “third world country” because we’re taking longer to keep up with the other countries already making ESports a legitimate sport in their own countries.

Where’s the adrenaline rush coming from when playing ESports?
It’s when you see the team coming together and doing everything in sync, that’s when the viewer or a gamer feels satisfied with what they’re doing.

Where do you see the future of ESports here in the Philippines?
It’s gonna be a great industry for everybody. It’ll be great not just the people that work in it, but even the clients, the customers, and the players.

I never realized that one thing that will connect me with pro-gamers is passion. That’s what Rox definitely had. After hearing what he had to say, you’ll feel the heat of his teams’ fire too. Like any other athletes, they’re driven by passion and love of the game. The playing field might be a virtual one, but it changes nothing about an athlete’s dedication to their sport. It will always be more than a game to them—it’s their life.

Whatever happens on the competition in Globe Conqueror’s Manila on August 18 and 19 this weekend at the MOA Arena, the future of ESports in the nation is definitely assured.

For more info on the Conquerors Manila 2018, go to: https://conquerors.ph

SHAREby Roi Lim Want to display your disapproval of the thousands of extrajudicial...

“An egg resonates with our brand because I believe that we can be...

SHAREIt’s very hard to focus on e-mail correspondence when you’re blasting a Lizzo...