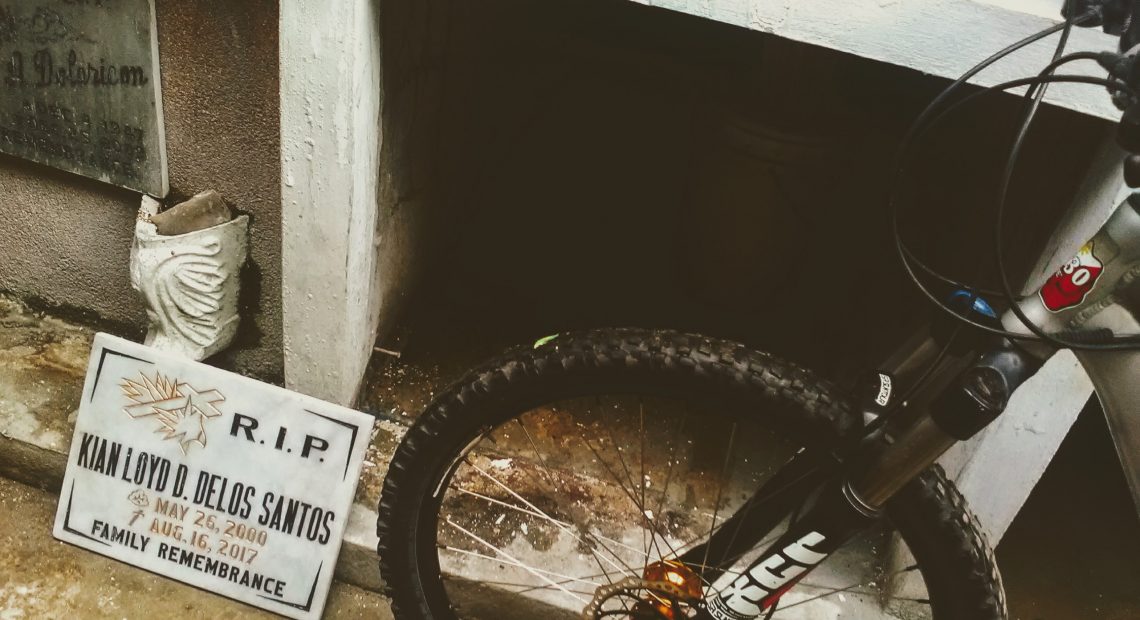 Kian Loyd Delos Santos lived a simple life—at least that’s what his friends told me when I asked them about him a year ago. A Grade 11 student, he never got into trouble at school and (upon returning home), Kian would man his family’s school supplies store until midnight. He would’ve been in his last year at senior high now. The third of four siblings, he would’ve been a year closer to his dream of becoming a policeman and lifting his family out of poverty.

But “would’ve” is a pair of words reserved for regret: after all, on this night last year, Kian met his tragic and brutal demise at the hands of three policemen during an anti-drug operation. His body would be found in a trash-filled eskinita near his house, his head filled with holes from gunshots. Police claimed that the young boy carried shabu and opened fire when he was being arrested. Nanlaban, as they would often tell—but eyewitness accounts, security camera footage, and forensic examination results tell otherwise. 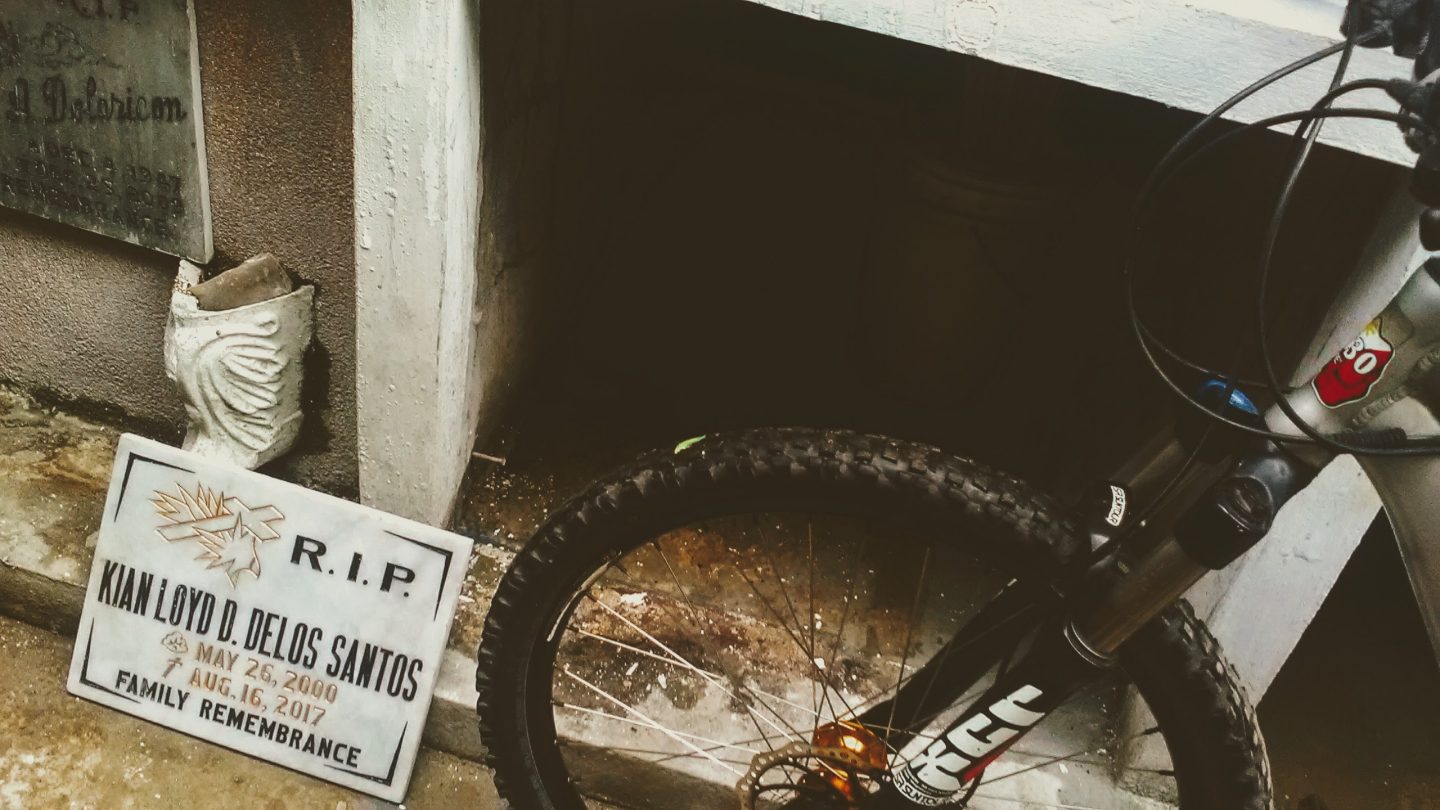 Had Kian been alive, he would’ve turned 18 last May 26, the same day as my birthday, only that he’s a year younger. I would only learn about that fact when I went to his burial last year and found his tombstone lying on a damp pavement beside a bicycle and a tiny hole that would become his tomb.

A witness said he heard Kian scream “Tama na po! Tama na po! May test pa po ako bukas!” before hearing three gunshots. By then, his death had become part of  what was known as the “bloodiest” nights of the government’s anti-drug campaign.

Had Kian been alive, he would’ve turned 18 last May 26, the same day as my birthday, only that he’s a year younger. I would only learn about that fact when I went to his burial last year and found his tombstone lying on a damp pavement beside a bicycle and a tiny hole that would become his tomb. A simple resting place for a simple boy. Etched in stone were the dates that indicate his birth and (another for his) death.

That’s not entirely true, however. Unlike Kian, I’m not poor—and if films like Ma Rosa, Respeto, and Buy Bust would tell us something, it’s that the police have largely targeted slum areas in their anti-drug operations. Thousands of the poor have suffered losses and lives have been lost due to spurious and often baseless rumors of involvement in illegal drug trade.

Kian alone was killed due to evidence “gathered from social media.” It’s very much easy to kill someone without legal percussions now, anyway: just tag your victim as a drug pusher or addict and no one would bat an eye. I bet my ass you’d literally get away with murder and probably even get an honorable mention from the president himself if you’re lucky.

A year has passed and Kian’s relatives are still seeking justice. But it seems that the government shows no signs of slowing down.

For Grade 12 UST student-activist Ronel Reyes, who joined hundreds of other students and activists in marching to Mendiola to commemorate the first anniversary of Kian’s death, it seems unlikely that justice would ever be served to Kian and the thousands of other victims of the drug war. 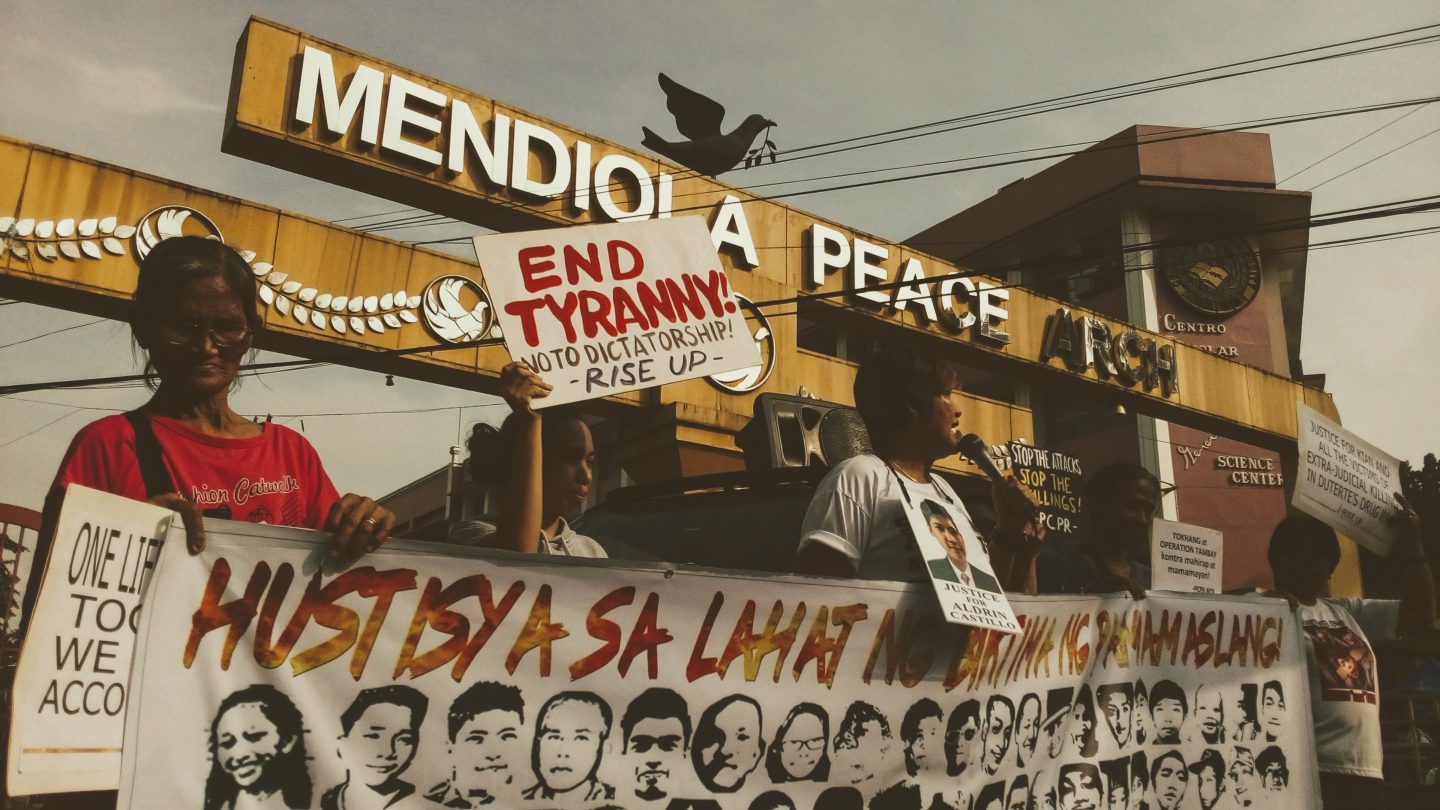 Instead of addressing poverty and rampant social inequality, the government is choosing the gun and the lives of thousands for its promise of “change” whatever that means, and whatever it takes.

In a report by INQUIRER.net, most of the officers involved in the operations that killed Kian as well as 19-year-old Carl Angelo Arnaiz—who was killed mere days after Kian—have returned to active duty. Four of their superiors have since been promoted to higher positions. And the president, despite protests left and right, has remained committed to his brutal anti-drug campaign.

A year after Kian’s death, it seems that the government still didn’t get the cue that addressing the problem of illegal drugs should be about reducing poverty and that drug addiction should be treated as a mental health issue, not to mention that decriminalizing illegal drug use has shown better effects of addressing the problem rather than, say, putting bullets in people’s heads.

The government could go round and round on how drugs are supposedly this country’s main problem but it has been glaringly obvious that the government simply hates the poor. Instead of addressing poverty and rampant social inequality, the government is choosing the gun and the lives of thousands for its promise of “change” whatever that means, and whatever it takes.

In the sidelines of the protest, Florita Lopez narrated to me how her 23-year-old son Justin in an anti-drug operation in Tondo May last year. She was one of the mothers who marched to Mendiola earlier this afternoon. All of them lost children in the government’s war on drugs. 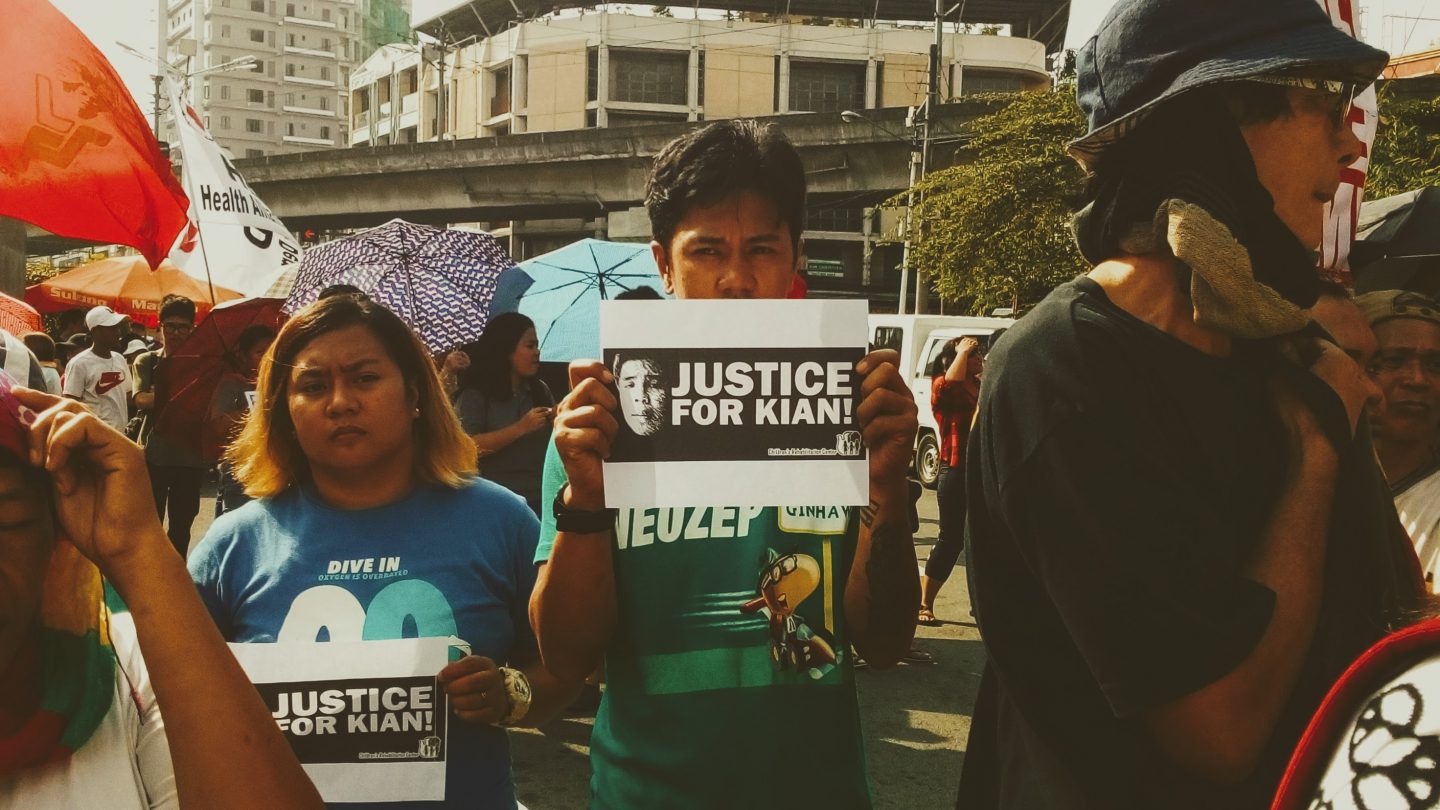 Justin was an epileptic, Florita said, but police have accused him of being a gang member involved in a murder case. She did not flinch when she recounted how she wasn’t allowed to go near her son’s body when he was killed. When I asked her for what she would tell to other families who lost children and relatives to the drug war, she did not flinch either in saying that they all should come out and fight for justice.

It’s easier said than done, as the year also saw the government attacking and threatening its staunch critics. I brought up the possibility of activists being killed and framed as drug suspects to Ronel . He did not deny that possibility, but he did not quiver in saying that he is not afraid of the threats.

Read more: The police are harassing people at gigs now

In the midst of all the killings—from priests to journalists and more drug suspects—it’s easy to be desensitized to all the violence. It’s easy to turn off the TV or mute political tweets and posts. The society we live in is undeniably toxic and deadly, but our choice to be deaf and blind to the rising death toll from the government’s war on drugs is what enables it to kill more.

As we mark the year since Kian’s death, the day serves as a reminder for us that justice still has not been served to the thousands of victims of impunity, and it’s unlikely that they’d ever get it—that is, unless we stand together and fight this murderous regime. We won’t allow more blood to be spilled. We remember, and we won’t forget.

SHAREGhouls, ghosts, the beings from beyond—these are the stories that never fail to...