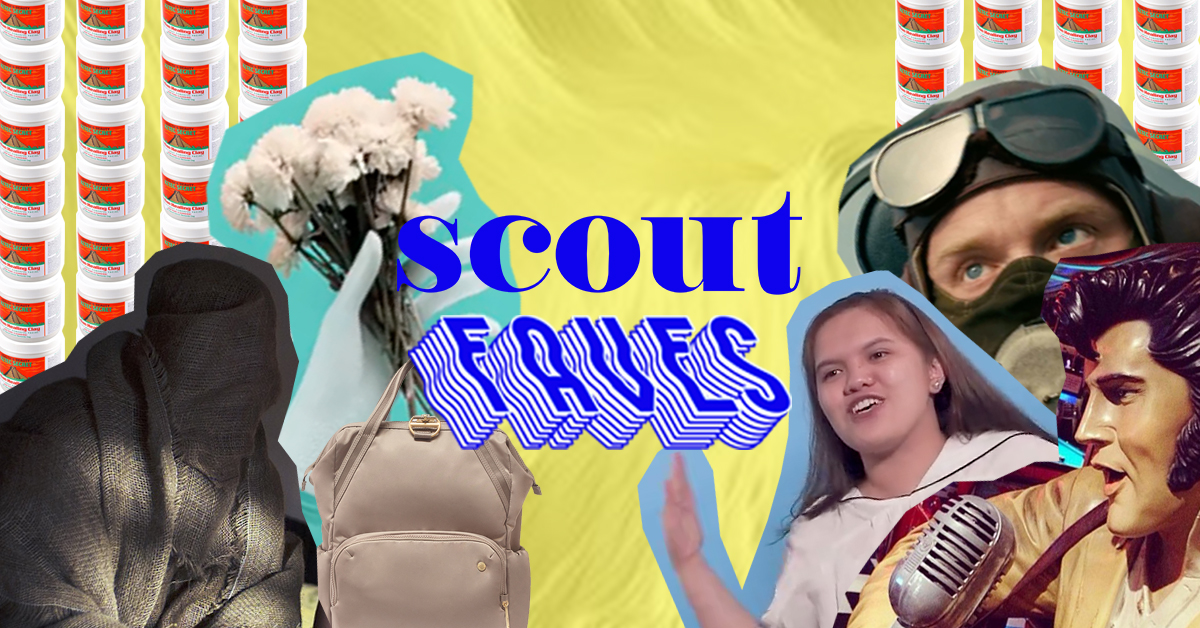 Olive EP by Aries – I was listening to this three-track project last night while I was working (on a Sunday, go figure) and after the first track I stopped whatever I was doing and focused on the whole track. And I felt rewarded for dropping everything and just listening. Short as it is, I was pulled into listening intently because of how rich the textures of the track are–a shower of recontextualized sounds that harmonize well, while giving me ample space to reflect on what i’m listening to. Good music to brood over; I feel like my heart rate lowered while listening. I’m excited for what Aries has in the future.

“This Is Our Life Now” by Sleep Talker feat. Curtismith – You know that time when it’s a little past sunset and there’s just enough light for you to look past the horizon while you’re in your friend’s car on the way back home from a getaway weekend to La Union and you begin to think about life in general in a positive way? This is one of the songs that you should play in the car stereo. Kian Ransom’s side project Sleep Talker released a new track recently and it’s just one of those songs, you know? Yeah you do.

Lace Crater – This was a strange little film with a strange premise–basically about a girl who contracts a paranormal STD after having a one night stand with a ghost. I know it sounds bizarre, and it actually was, but I surprisingly liked it? The soundtrack was charmingly quirky and I loved the underlying message of it all (no, it’s not ‘don’t have sex with a ghost,’ I swear). Not many people understood or liked this film but I think it’s enjoyable if you just accepted it for what it was.

Dunkirk – It’s been more than a week since I watched this movie but it’s still in my head. Christopher Nolan is one of my favorite directors out there and he did not disappoint with Dunkirk! It’s an inspiring piece about the extent that people would go through to survive and help their fellow countrymen. The use of music to create tension was also spectacular! Dunkirk isn’t my favorite Nolan movie but I liked it a lot. Also, can we talk about all the cute newbies who were cast in this? Been obsessing over Jack Lowden ever since he removed that pilot mask in the film–those eyes are beautiful.

Filling Station Bar and Cafe – I have this fascination with old school diners ever since I could remember. Over the weekend, I wanted to celebrate my birthday just like how Carrie Bradshaw did in The Carrie Diaries. So my friends and I went to this 24-hour diner in P. Burgos St. called Filling Station and IT’S SO BEAUTIFUL! It feels like you’re being transported into another era once you enter. The music is bangin’ rock and roll classics from Elvis Presley and the like, even the staff are all wearing old school diner uniforms. It was just so beautiful. And the food isn’t bad at all. It was delicious! I’m definitely going back!

Aztec Secret Indian Healing Clay Mask – I tried this clay mask at a sleepover once and I really did see the results after removing the mask. So I was super game when our friends from Preen asked us to try it on video. I bought myself one over the weekend. Better skin, here we go!

Fancy Plastics by Potti Lesaguis – On until August 19 at Underground Gallery, this exhibition features neon-lit “fancy plastics” and seemingly iridescent paintings of plants of all kinds. Taunting us with an illusion of a green oasis, the exhibit questions the reality and artificiality of “nature” these days.

Pacsafe’s Citysafe™ CX Backpack – This came out a few weeks ago, but I just got my hands on the backpack. Coming in three colors: blush tan, merlot and black. I got the black one. Built in with anti-theft features like scan scam protection, slash guard, and an intricate lock system, it’s safe and has enough space to fit my laptop in.

“Midnight” by Jessie Ware – After two years of being MIA, U.K. songstress Jessie comes back with this single “Midnight.” The first song out of her third album, following 2014’s Tough Love, her upcoming album she says is an ode to her husband and baby, representing the “ups and downs, the fear, the beauty, and the celebrations” of the last two years.

SHAREStepping out of a plenary hall, pseudo diploma on one hand and a...