My mother always said to me just go to Cubao when you get lost and all roads will lead to home. She said this for practical reasons: The city is the center of everything. Every bus terminal, north to south passes by the busy city day in and day out.

Within the smog and hovering buildings in Cubao, there exists a compound that has stood the test of time, leaving a shadow long enough for something to grow: Cubao Expo. Emerging in the ‘60s as a mere hub for shoe stores, it has now evolved into a subculture melting pot that knows no age gap.

It’s a place that unites the unlikely. It gathers everyone and favors no one in particular. Everyone who falls in love with the place’s charm and the people it harbors calls it home. But why is that? Lost archival photos and little to none online literature don’t help. Combining oral accounts and personal photographs from its regulars, we aim to answer the question why X marks home for the people in Cubao Expo. 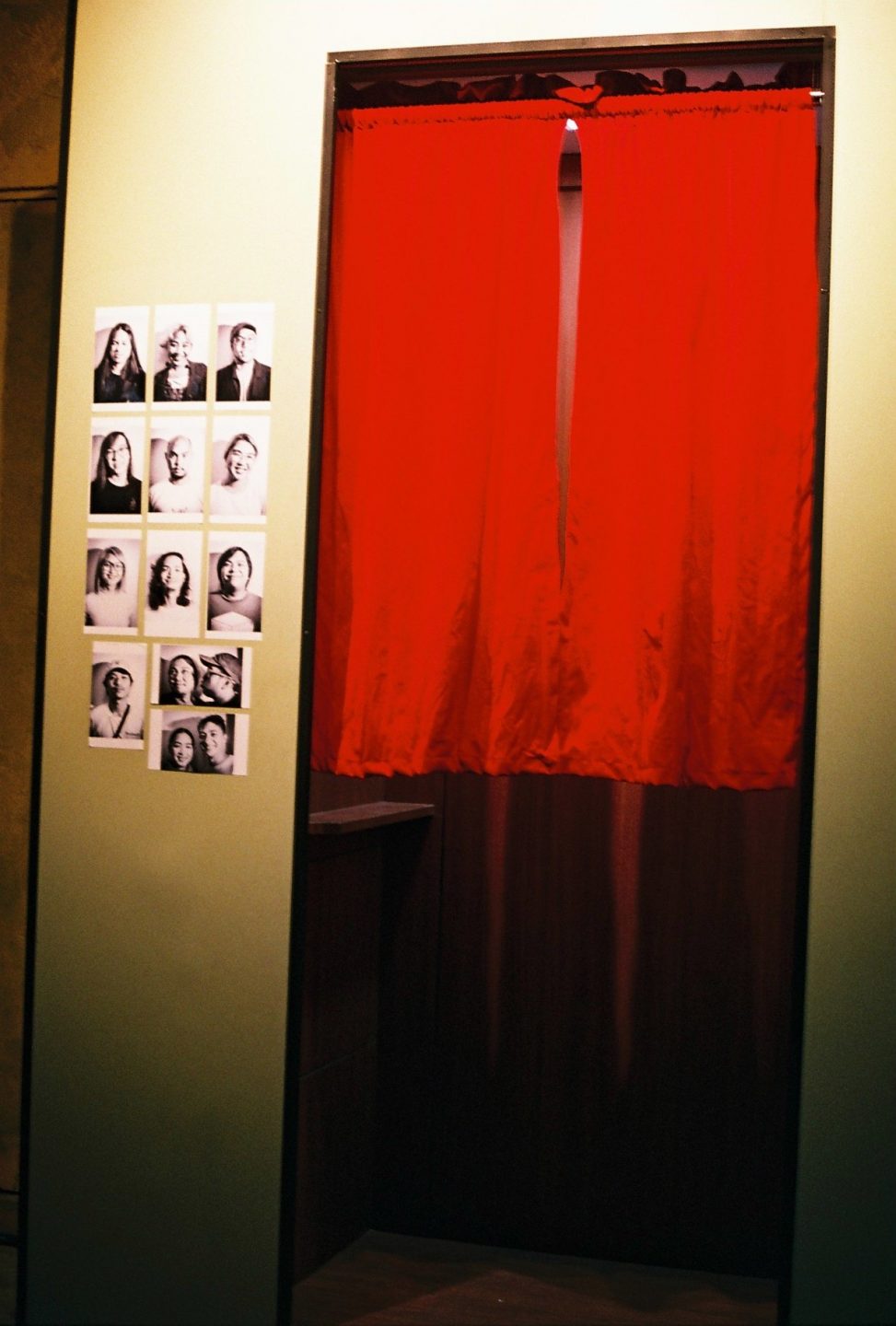 “Expo is now basically an institution and to say that you were there since day one is a feat.”

Tells us your history here in Expo.

What are you most proud of during your stay here?

When did Expo’s evolution from shoe stores to a culture hub started?

Around 2010, Expo was reborn. With the development of new tenants and the rise of nostalgia,  it was fittingly brought by Expo’s original stores. The mixture proved to be magical. It attracted different kinds of people including myself. One of the biggest reasons why I started going was the great Mei Bastes’ MEIDAY! MEIDAY! productions that held legendary events.

How does it feel to contribute to the history of the place?

To be completely honest, it makes me feel very proud. Expo is now basically an institution and to say that you were there since day one is a feat. 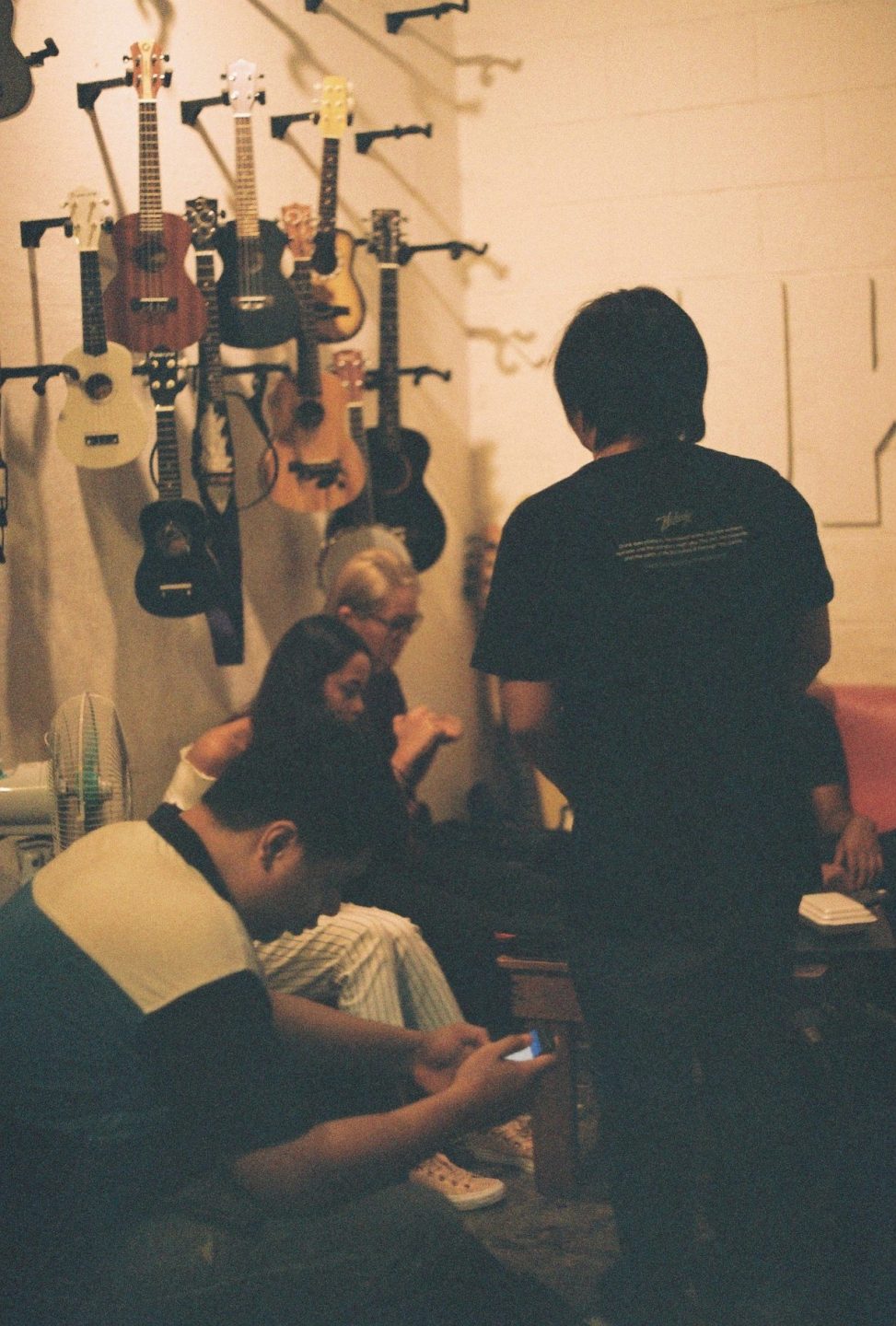 “I think it’s very common din with a lot the spots here, na they do it out of love.”

What was Expo for you growing up?

When did the “scene” in Expo start?

What makes Expo different from other places? 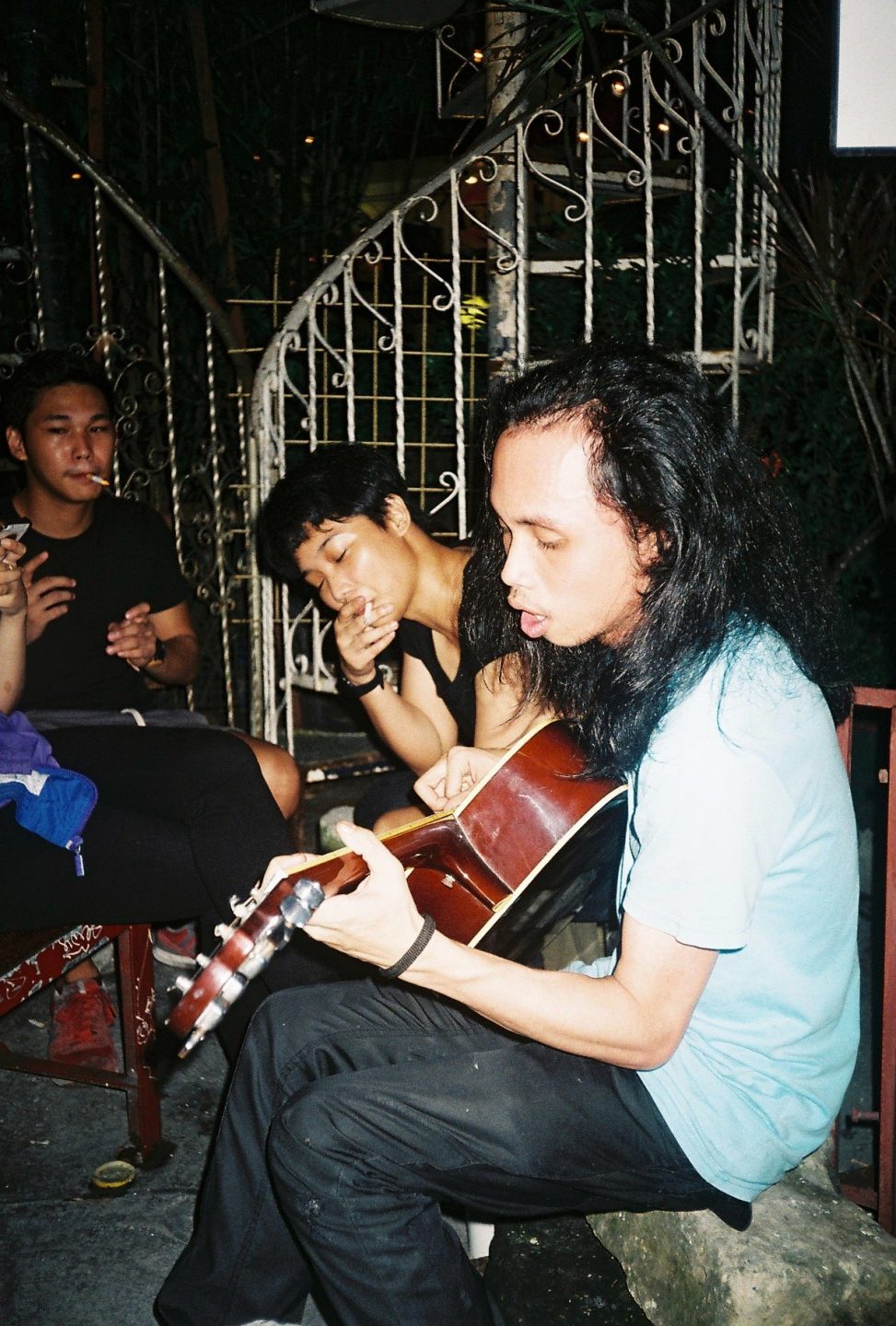 “When it comes to looking for friends, looking for mentors, ganyan, or looking for a place to chill lang—wala kang problema ‘pagnandito ka.”

Do you still see yourself staying here for 10 years?
I just intend to keep going until it’s not worth it anymore, parang I’m doing this mainly out of love. I think it’s very common din with a lot the spots here, na they do it out of love. They’ll keep going because they love what they’re doing, and wherever it takes them, they’ll just go with it. But it’s not necessarily na I want to grow into like the next RJ guitars or what. I want it to be its own thing. As long as there’s something worth going ahead, I’ll just keep going.

What are the people that Cubao Expo welcomes?

You’re from very different walks of life. But at the same time, you’re coming from the same place din. What you’re doing here is what you’re passionate about.  And then you find people who are kind of the same level as you. They’re going through their own journey din, so gets niyo ‘yung napagdadaanan ng isa’t isa. Ang ganda nung parang may sense of camaraderie rin dito.

What ties the unlikely crowd of Expo together?

What drives people to come back here? 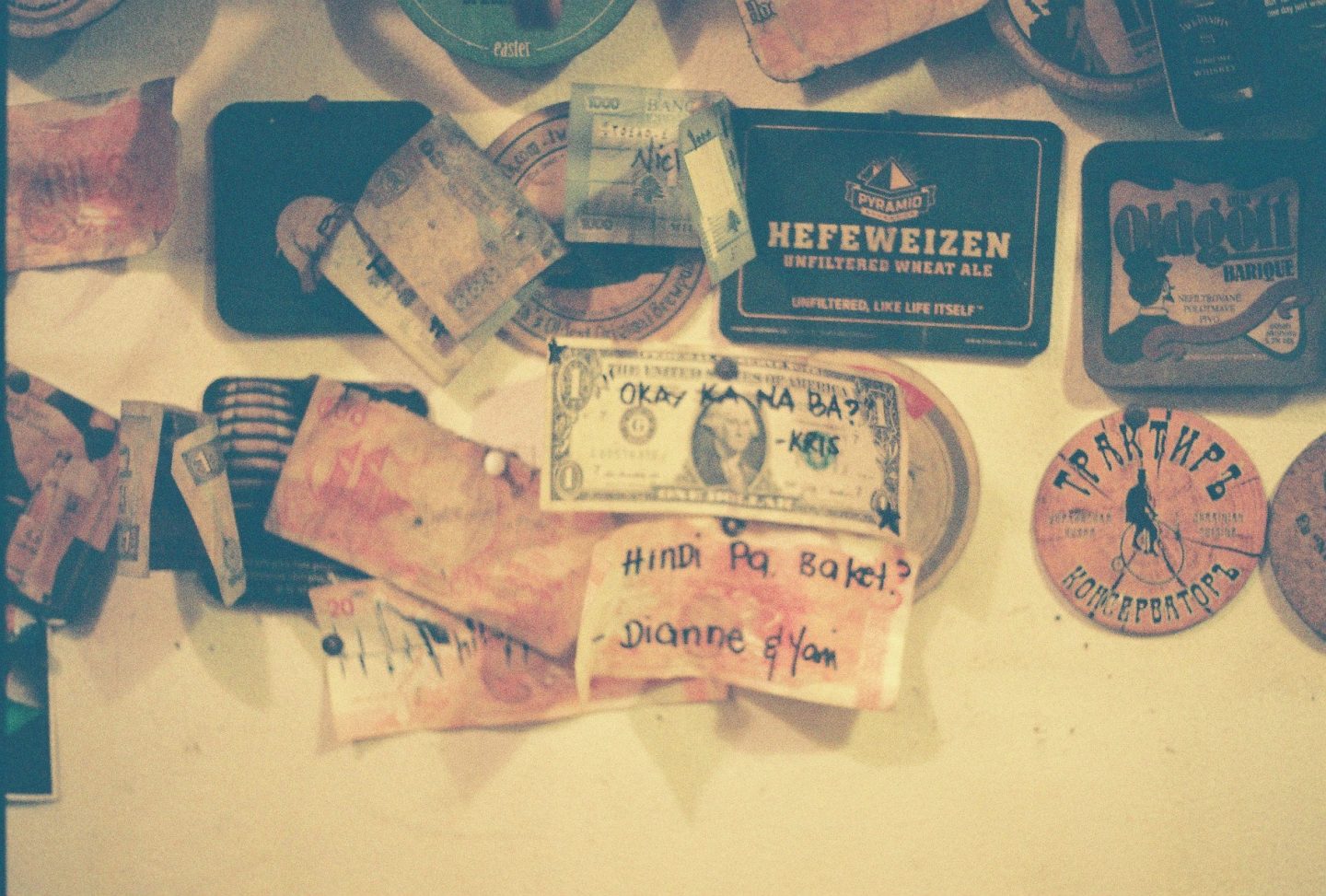 “I don’t think they [Cubao Expo admins] want to be part of the gentrification of Araneta or anything.”

Josh Soriano, son of the owner of Fred’s/co-partner of Cosmic Gorgons
Six years in Cubao Expo

What do you think about the appeal of Fred’s throughout the years?

Expo is this compound na there’s a street so you could very easily move from one bar to the next, I guess it kinda reminded people of home, I suppose? And then over the years, if you noticed Fred’s, it has so many, like, stickers, posters, pictures, money on the wall.  Nagulat ako na parang over time I started noticing nagkakaroon talaga siya ng character. It was a very organic evolution.

Why do you think Expo retains its charm after so many years?

I don’t think they want to be part of the gentrification of Araneta or anything. Expo being known as a niche for arts, food, etc., that’s one of the biggest reasons. That’s why hindi nakiki-ride ‘yung Expo sa “modernization” of Araneta. Like Mr. Aquino, the admin, really wants this place na for the arts. It’s for people to just find their comfort zones, you know? 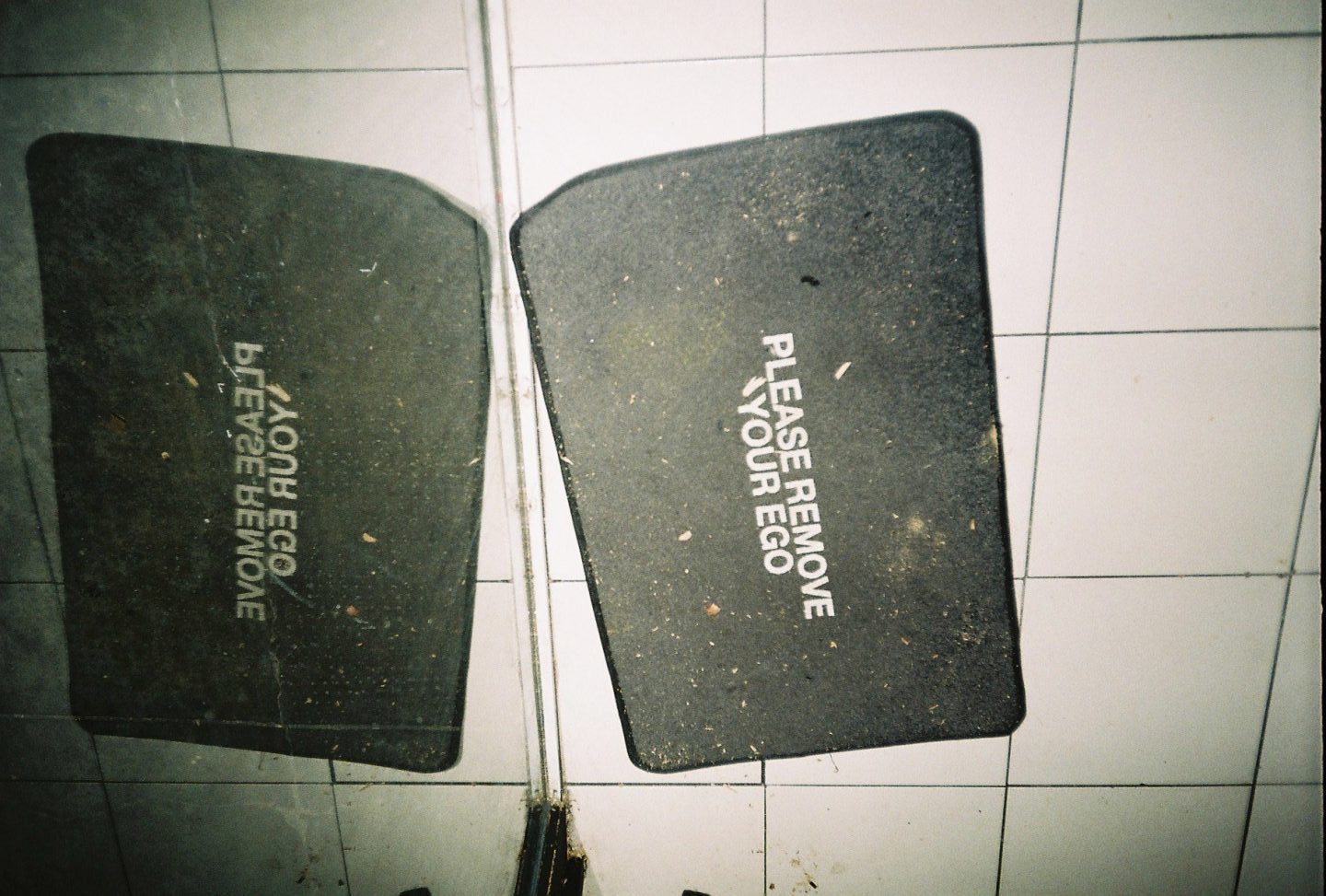 “Like, kung mahirap ka, mayaman ka, or like sikat ka or hindi, ‘di nagmamatter. You’re just a nobody here [at Cubao Expo].”

What has changed since the first time you came here?

What makes the place so inclusive to everyone?

What defines the place: the stores or the people?

It’s never been the shops. Marami nang shops dito na nag-come and go, but the people didn’t change. You go here because of the people. The reason why nag-stay ka hanggang madaling araw, like up until 3 a.m. is because of the people. Dito wala ‘yung class, eh. Like, kung mahirap ka, mayaman ka, or like sikat ka or hindi, ‘di nagmamatter. You’re just a nobody here.

Cubao Expo is the most unlikely product of the metro’s continuous urbanization. What sprouted, or rather, what remained, was this place that is the opposite of city progress. It united people from different walks of life with conflicting personalities. Artists, local business owners, yuppies, and legends alike.

Here in a place where everybody is a somebody, you’re nobody, which means you can be the most authentic you. It doesn’t necessarily rob a person of individuality. It’s more of shaking off any pretense the urban life leaves on your skin whenever you go up and down the social ladder. A true blue oasis in the fast-paced urban jungle that is Manila.

photography by John Eric Bico
This story was originally published in our 4th Anniversary issue and has been edited for web. The digital copy of Scout’s 32nd issue is accessible here.

SHAREUPDATE: The Vimeo link for “Walang Rape sa Bontok” has been taken down. The...