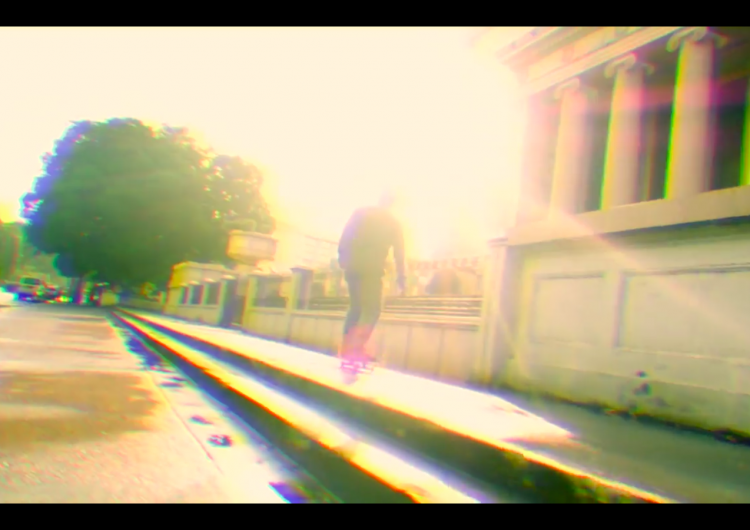 Welcome to The Sound Pool: a collaborative column between the semi-anonymous founders of independent zine-style blog The Flying Lugaw and SCOUT. The Flying Lugaw has meticulously and relentlessly documented the so-called “music scene” via event coverage, album and song reviews, and thought pieces shared on social media. Together, we explore the ins and outs of the local independent scene through editorial content.

Quezon City’s favorite indie slackers, The Geeks, just released a new single from Weirdly! Relatable! Content!, their soon-to-be-released EP. The track’s extremely long title “I hate this place as much as Liz hates the Winchester” references Shaun of the Dead, Edgar Wright’s comedy-horror flick from 2004.

The video, which literally just follows a skater around the metro, is set in slow motion over a broken CRT TV filter and provides a whole experience that is unexpected from the slacker band. It still stays consistent with the band’s humor, though, with meme-centered subtitles scattered across the video.

The song stays true to the band’s nihilistic identity, delivering reverb-y, jangle guitars sang with a surprisingly new pitch. The instrumental backdrop also consists of fuzzy surf guitar riffs accompanied with kilter lyrics. “Winchester” teases the band’s upcoming EP which showcases how The Geeks, with their loose guitar playing, can produce a variety of sounds by steadily growing out of their rigid slacker vibe.

Get on your feet and listen to “I hate this place as much as Liz hates Winchester.” Watch the music video below.

SHAREHere’s a hard to swallow pill: Humans can be so great at many...

SHAREIf you’re obsessed with museums (or you’re just vaguely curious about the ins...