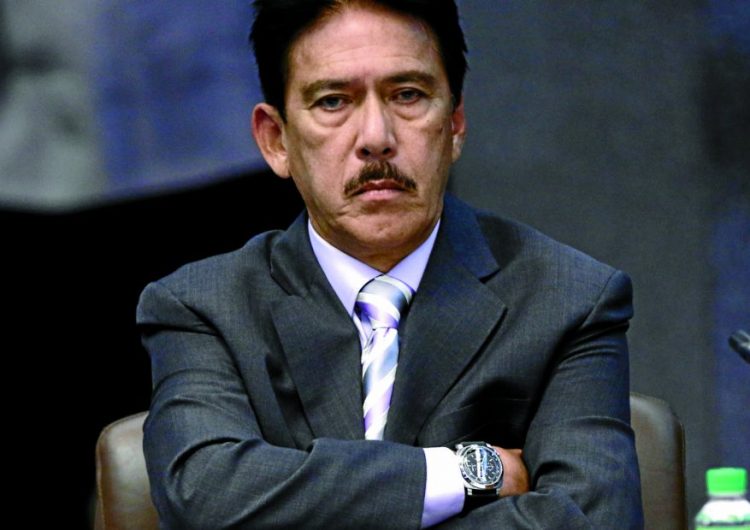 This discussion began when Tito Sotto asked why “digital citizenship” is part of the Comprehensive Sexuality Education (CSE) under Section 6 of the bill. The CSE is a “compulsory part of education, integrated at all levels with the end goal of normalizing discussions about adolescent sexuality and reproductive health and to remove the stigma from all levels.”

“Cyberporn is one of the most damaging and cynical misrepresentations of human sexuality to young people which certainly parents, teachers, and other responsible adults want to combat,” Risa added.

Though she may have a point, getting rid of content on the web for good is a fool’s conquest. But this desire did come from a man who tried to get rid of a rape case forever without knowing how the Internet works. That, and he saw giving condoms to students as a gateway to sexual intercourse.

What is great about this new amendment in the bill is that sex education could be seen in a serious light at last. With “digital citizenship” being a part of sex ed here, media literacy can help young people on understanding terms like “hypersexualization” and “the male gaze.” Normalizing conversations about sex is indeed the key to preventing issues like teenage pregnancy and even sexual harassment. But you know what isn’t the key? Banning pornographic materials altogether.

Young people need to understand the complexities of it in the first place. And censoring will get us nowhere to understand it further.

In order to educate young minds about sex, the core of this bill should have a dash of sex positivity. The way we see sex in this nation hinders us from educating young minds thoroughly about it. Is it making us laugh that Tito Sotto out of all people is talking about the importance of celibacy? Very much so. But we all know he’s a hypocrite.

Regardless, people in power like him and Senator Risa should understand that blurring certain parts of sex would not help the masses understand it at all.

But if this bill will ever see the light of day, sex education should only be sex-positive only.

“Controversy arises when abstinence is provided to adolescents as a sole choice and where health information on other choices is restricted or misrepresented. Although abstinence is a healthy behavioral option for teens, abstinence as a sole option for adolescents is scientifically and ethically problematic,” John Santelli et al., noted in their study Abstinence and abstinence-only education: A review of U.S. policies and programs back in 2006.

“Sex carries risks, but it is not about risk. We need to shift our approach to sex toward a focus on preparing adolescents to deal with what sex is actually about in our time: human connection, transcendence, ecstasy and, at times, wanted children,” an article in Psychology Today by Noam Shpancer Ph.D. indicated.

Our country is still set on Christian traditions and values. Though it may have taught us holistic living, it also taught us to be afraid of sex. Sex is part of the human condition. It’s good that we’re taking a step on paving young minds to understand it by normalizing conversation about it through education. But if this bill will ever see the light of day, sex education should only be sex-positive only.

Don’t get it twisted—sex positivity is never about pushing people to do it 24/7. What it’s about is understanding why it exists. And trust us by saying that filtering facts will render sex education useless.

Photo from Inquirer.net
You know what’s cool? Newsletters. Get exclusive updates on everything SCOUT through our newsletter. Sign up here.

SHARECalling all creatives: Find your creative edge in this year’s Scout Creative Talks!...

SHARE2019 is a great year for Filipino RuPaul’s Drag Race fans. Aside from...