The dreamy bop sparkling in steel drums “Feels Like Summer” finally gets a visual and it isn’t any less magical. The video released on Sept. 1 via Childish Gambino’s Youtube features animated versions of a variety of personalities. Janelle Monaé hits the boards as Michelle Obama gives weeping Kanye a comforting hug, amongst others. 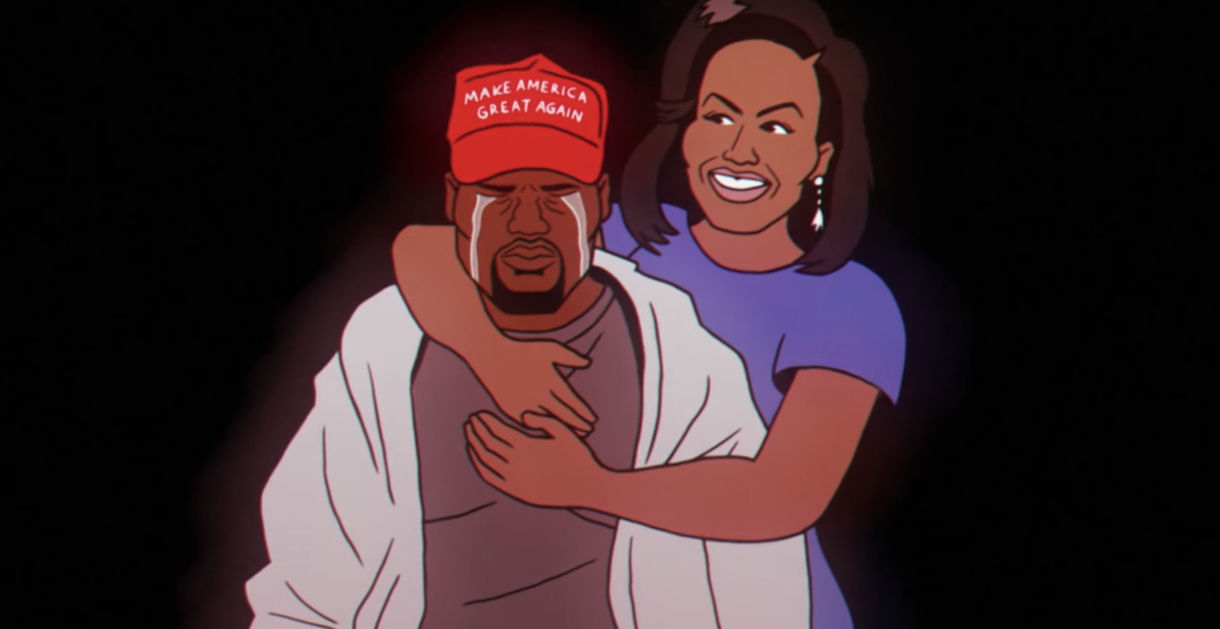 Quite reminiscent of early 2000’s cartoons with the sultry filter and 2D animation, the visual hits close to home. If you’re a hip-hop enthusiast or have indulged in your fair share of MTV growing up, the video can be a real tearjerker. Either way, it’s groundbreaking. As usual. If anything, the thought-provoking concepts are what draw us to Childish Gambino’s visuals anyway.

Check out the music video below.

Featured image from Feels Like Summer
You know what’s cool? Newsletters. Get exclusive updates on everything SCOUT through our newsletter. Sign up here.

SHARELeaving us hungover from her 2-track ‘cassingle’ Piso Isa, Pamcy is back at...