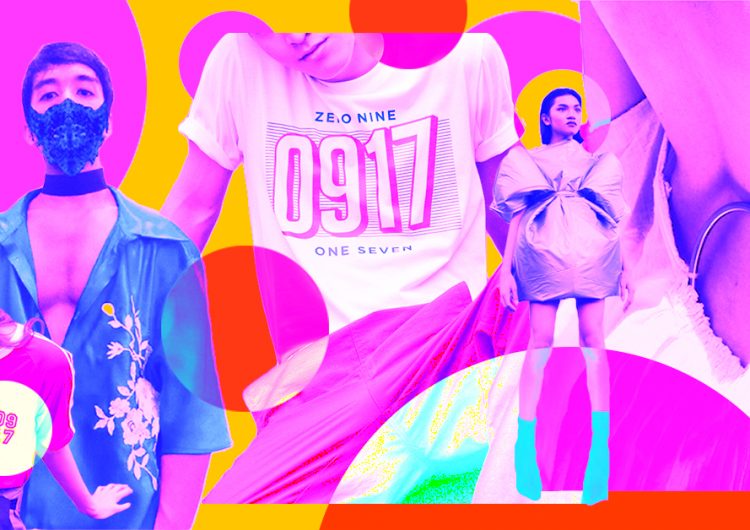 Oh, streetwear. The catch-all term for portraying anything from high-low fashion collaborations, subculture-oriented graphic-heavy tees, and boxy faux-vintage outerwear pieces. Of course, streetwear is more than the sum of these things—it is probably one of the most coveted and most marketable trend to be associated with in fashion right now—but with big fashion boutiques and limited resellers exploring “streetwear” left and right, where do we go from here?

The local streetwear game is also booming thanks to veteran players continuing their craft and local clothing titans aiming to swoop in on the craze. While the underpinnings of what helps us define streetwear are still solid, the future of the trend remains uncertain. To some, that means a fresh white canvas to experiment.

And under the prompt of “The Future of Filipino Street Style,” 0917 selected three young and upcoming designers for their mentorship program, G Gambaloza, Nicolo Perez, and Dino Bancoro, are working on just that. The designers will unveil their collections in this weekend’s stylefestph. While we can’t show the designers’ works just yet, we’ve spent some time with them to learn more about their design aesthetic and their upcoming show.

The conclusion: these designers prove that streetwear isn’t monolithic, but rather a movement that helps lead you to your own personal style. But when it comes to the trends, these designers might just have the next big thing.

Looking to the past to inform the future

Nicolo Perez, currently in his last year in the SoFA Design Institute, took inspiration from our colonial and post-colonial past to inform his collection. “What I wanted to do for this was actually create a really Filipino-inspired street wear. So this collection is sort of inspired by the “traditional” Filipino.” Perez took an interest in theater while studying in Ateneo de Manila, which inspired him to take a costume design course as an elective.

In particular, Perez took cues from the still life paintings of National Artist, Vicente Manansala for his upcoming collection. “ I want to bring that old Filipino “street style” to new street style. Modern na ‘yung setting. So the color palette from this [Manansala] painting, depicted barrio life. I really wanted to [reflect that].

Reflecting on the personal now

“We have this famous quote in SoFA,‘we live design,’” shares G Gambaloza, a graduate from SoFA. Her upcoming collection with 0917 is a cerebral offshoot of her graduation show, what she calls “the rainbow after the rain.”

Gambaloza’s graduation show featured deep hues of red, blue, and white in seemingly clashing silhouettes. While her upcoming collection utilizes more mainstream shapes, both collections focus on her central concept of incompleteness. “I want to apply the concept of being incomplete,” she shares. “Though it looks incomplete, it’s made to be beautifully incomplete. So it’s a whole, but it’s not.”

While her own internal struggles inform her work (she was unsure about pursuing design as a career), she finds catharsis in her new collection, which features asymmetrical shapes and elongated sleeves. She builds on the idea of androgynous clothing, in the hopes of appealing towards all genders.

“My design aesthetic is edgy futurism with a mix of sporty,” shares Dino Bancoro. While he’s had five fashion shows in his career as a self-taught designer, his show at stylefestph will be his biggest.

His design utilizes a unique style of print: the barcode QR code. “I think it’s very digital and very reflective of the current times where technology is a major part of our existence,” shares Bancoro. “I think it’s very cool to use that kind of print that has never been seen before on clothes, on garments. I really want to be known as the pioneer to use that print.”

While his final designs are vastly different from his initial pitches — the collection is a perfect addition to the hype that athleisure is currently enjoying.

SHAREEducation has become a privilege rather than a right. An annual poverty indicators...

SHAREIf there was any a sliver of doubt that the SEA Games is...