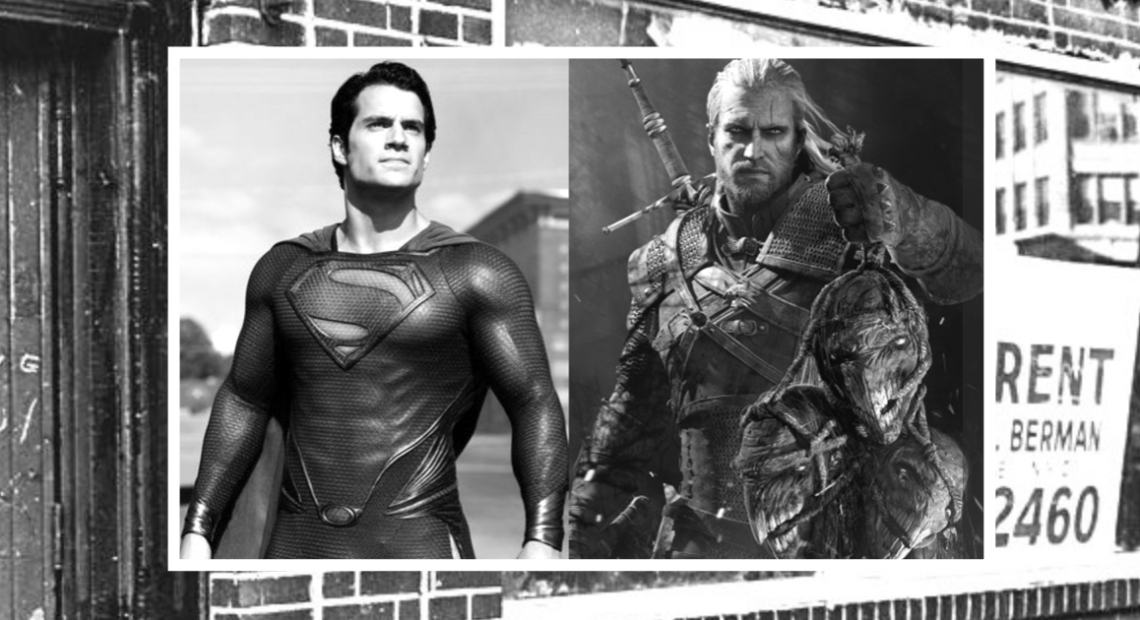 You’re probably freaking out that Hunky Cavill landed the role of Geralt of Rivia in Netflix’s adaptation of short-stories-turned-action-role-playing game The Witcher. Imagine the dude with silver long hair, full beard, and a steel sword. I mean, sure, Superman flying and punching in a skintight suit was fun. Cavill beheading monsters with a steel sword, though? I don’t think there should even be a debate here.

Needless to say, I’m all for this casting. However, it goes beyond the exemplary exterior. I think Cavill landing the role of Geralt of Rivia is revolutionary and here are some reasons why.

Henry Cavill is a fan of The Witcher

About a few months ago, Netflix announced their plans of adapting Andrzej Sapkowski’s series The Witcher. Soon enough, the writer Lauren Schmidt Hissrich (who also wrote on Marvel’s Daredevil and The Defenders) teased a photo of the script on Twitter.

He was my first meeting. I didn’t have writers or scripts yet – just a greenlight and a lot of passion. That was four months ago, and I’ve never forgotten the passion he brought. He IS Geralt. He always has been. I’m so thrilled to welcome HENRY CAVILL to the #Witcher family.

Without anyone landing the lead role during the time, fans expressed dream castings and some cheered for Cavill. Naturally, the press out of sheer curiosity asked what Cavill thought. “The books are amazing,” Cavill tells IGN. “The books are really, really good… I started reading, and they are well worth a read.”

Cavill also expressed his interest in portraying the franchise’s lead character. “[Geralt of Rivia] would be an amazing role.”

Henry Cavill, despite acing the double life of Clark Kent and Superman, had his fair share of almost-missed opportunities because of gaming too hard. In an interview, Cavill admitted he was too busy playing World of Warcraft when Zack Snyder (director of Man of Steel) gave him the initial call. Fortunately for him and the rest of the world, he paused the game just a second away from missing the call.

While this seems like turn off, it’s definitely an advantage to hire a legitimate gamer in playing a role gamers love. Since Cavill is already a fan of the book series and had just replayed The Witcher 3: Wild Hunt “all the way through” according to IGN, it’s safe to assume he knows the character inside out.

Just like Geralt of Rivia who works as a creature slayer for hire, Henry Cavill has a tight relationship with animals. Except he doesn’t hunt. Instead, he is an ambassador for Durrell Wildlife Conservation Trust. “I feel that saving the diversity of life on our planet will be seen as increasingly important in the not-too-distant future,” Cavill shares.

In line with the advocacy, he established Cavill Conservation. While the exact opposite of this relationship applies to Geralt who slays the giant and bastardized version of animals, Cavill’s knowledge about Earth’s own creatures will definitely help in portraying the guy. Keep your friends close and your enemies closer, amirite?

He can be your angle and yuor devil

If you’ve played The Witcher, you would know that the badassery of Geralt comes from the soft-and-in-need-of-a-hug alter ego deep, deep inside of him. Hence, we need no kneel-before-me casting. Henry Cavill is the right amount of coldblooded hunter and blanket-stealing fragile.

"Henry Cavill has no range"

So he's a perfect Witcher then

For people that like Henry Cavill but don't know The Witcher, Geralt is a snarky dad that is CONSTANTLY shirtless so please get ready

We can’t keep cool. But for now, here’s an hour loop of relaxing music from The Witcher 3.

SHAREFilipino animators are talented AF. Unfortunately, their basic rights are neglected by a...

SHAREI’m 19 and I live in the province where people mostly treat “us”...

4 Reasons Why We Love “Love, Simon”