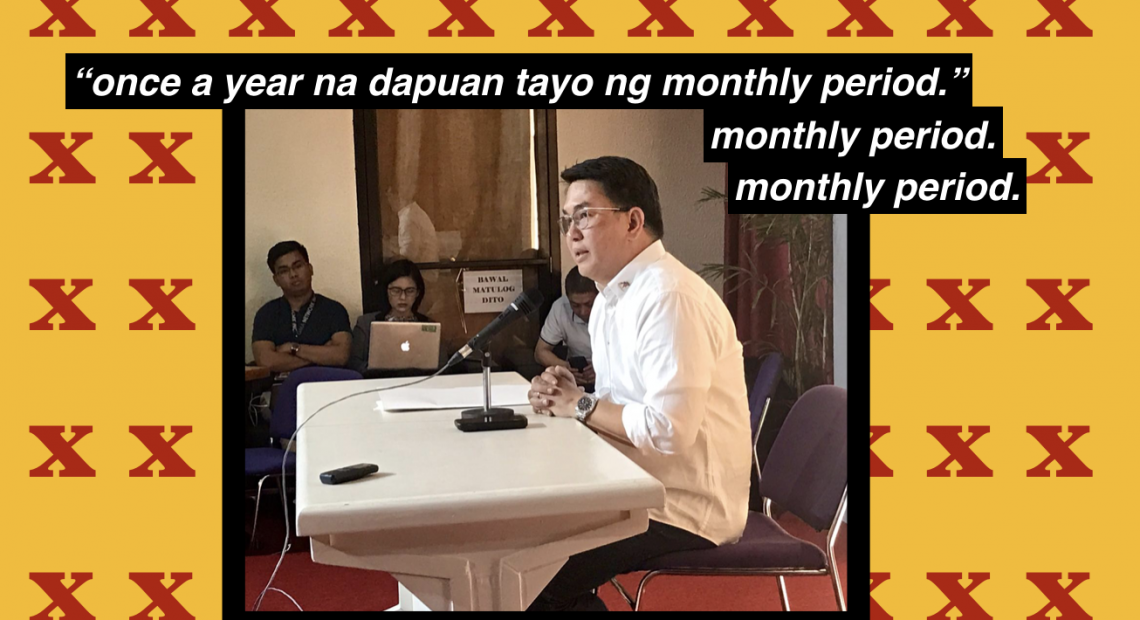 It’s not rare to hear half-assed apologies from men. In the Philippines, it’s sad that excuses often come from government officials.

But ACTS OFW party-list Representative John Bertiz III set a new record. Last week, the man was caught on camera refusing to follow security measures which required him to take his shoes off. He then berated airport officials for alleged being “selective” against him and biased over “Chinese-looking passengers.” Airport security since denied the claims, saying there were no Chinese passengers before Bertiz.

Of course, after the outrage came the dreaded apology. Which makes us nervous by now, considering the President himself hasn’t learned the basics of decency. Voila, Bertiz did not disappoint his fellow sexist men and joined the pool of shame:

It’s one thing to counter your apology with an excuse. (“I’m sorry, but …”) It’s another thing to drop more slurs along with the supposed apology. And it’s the worst to blame an entire gender for an unnecessary outburst which most likely and ironically rooted from the opposite: Man’s ego. Superiority. Pride.

Read also: Why women freeze when they get harassed

So, don’t dare blame it on menstruation. Ladies go through the pain of menstrual cramps and hormonal fluctuation every month without choice so it cannot be used as an excuse for assholery. Being a dick is the choice.

Perhaps your masculinity is so fragile that you cannot even own up to mistakes, if this means showing a bit of vulnerability.

Ever since I heard the news, I’ve been meaning to ask: Mr. Bertiz, is simply complying to take your shoes off worthy of blaming literally half of Earth’s population? Have you ever heard of foot powder?

And no, I actually don’t have my period right now.

Photo from Inquirer.NET
You know what’s cool? Newsletters. Get exclusive updates on everything SCOUT through our newsletter. Sign up here.

SHAREBy Denise Fernandez Photos courtesy of Netflix Yes, you all finally heard the...