If you think about it, our childhood is the culmination of cliques.

We’d have afternoon play groups with neighbors. Spontaneous ghost story circles with classmates. Even secret camps with friends where we’d agree on a “secret password” to prove our membership—as if we already knew what exclusivity meant. It was easy to participate and be present as we had realistic rules and unparalleled enthusiasm.

But like most phenomena molded in our innocent years, they faded as we walked further into adulthood, now only immortalized by as many blurry fragments as our brain can hold. Somewhere in the music scene, though, one club has beaten our records: Filipino band Cowboy Country Club.

Plunging into the chamber folk-pop outfit’s discography could easily bring you to an afternoon walk: It’s warm, breezy, strange, and a little bit existential, with psychedelic, chant-y, harmonious layers you could effortlessly float on. Once their songs are linked to your listening habit, you could tell their works seem much like home, a.k.a. their place of origin.

The band—whose members enjoy shifting roles whether in songwriting, singing, or playing instruments—was formed in their family. Sean Palomares and Patrick Palomares are siblings, while Ryan Jacob is their cousin. 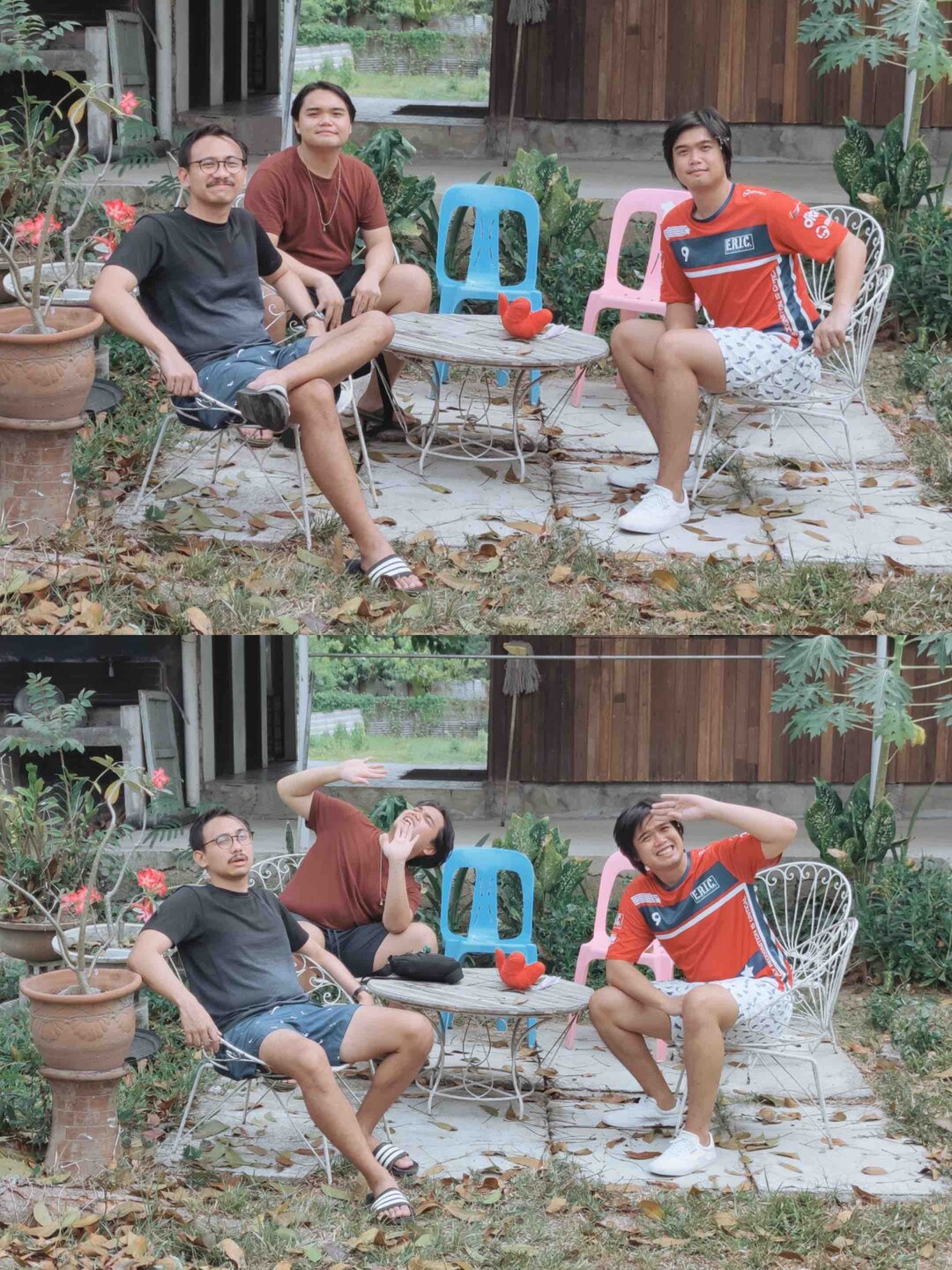 “Around 2009, when we were around 11 to 13 years old, the three of us were messing around at Ryan’s house with a garage sale keyboard piano and a classical guitar that his parents got him,” Patrick narrates. “What came out was a cheesy, arena rock-type love song that was called ‘Cowboy Hearts’—it had a real snake on my boot vibe to it, if you know what I mean.”

Eventually, the 2010s marked the start of the trio diving into indie music. From there, they noticed that a lot of bands had the word “Club” in their names. “Two Door Cinema Club, Bombay Bicycle Club, Tokyo Police Club, to name a few,” Patrick recounts. “So as a joke, we named our Facebook Messenger group chat ‘Cowboy Country Club.’”

When they started writing songs in 2016, they kept the name like a pact. “It didn’t make sense to make a new one,” Ryan adds. Meanwhile, Sean quips, “I actually asked the guys if we should reconsider the name, but I’m glad we stuck with it.”

While the band’s history might be filed under familial fate at play, it’s not the only factor that kept them going. If anything, Cowboy Country Club’s dedication to music is intentional. A testament to this? Their “Sunflower Street” EP—a four-track overview of their hard work, imagination, and passion at the height of the pandemic.

In this week’s Scout Friday Picks, we caught up with Sean, Patrick, and Ryan to talk about their creative process, influences, and if working with family can be like a double-edged sword.

Hello, Cowboy Country Club! I would like to start off by asking how all three of you have been doing lately.

Sean: I’m okay. We’ve been spending a lot of time together going out to events and seeing friends. We’ve also been meeting up at Ryan’s to write new songs. I’m absolutely thrilled about that, these songs might be our most exciting ones to date.

Patrick: I’m feeling optimistic about the future. These past two years have been polarizing, to say the least. That being said, the direction of my energy is forward facing.

Let’s say we’re in a spontaneous show and the host passed on their microphone to you so you can individually describe yourselves. How would it go?

Sean: I’d probably put on a big smile and shuffle, introduce myself as Mr. Tall, Dark, and Handsome.”

Ryan: What is the self? *twirls mustache*

Patrick: I’m “the quiet one” in the band. Take what you will from that.

You formed your band within your family’s circle. Sean and Patrick are brothers, while Ryan is a cousin. What is it like to start a creative pursuit with familial ties involved? The challenges? The perks? Lead us to your origin story.

Ryan: We only started writing songs together almost six years ago, but what came before that was basically two decades of getting to know each other. So even before writing songs, we did a lot of hobbies that we mostly kept to ourselves.

Sean: Following what Ryan said, we had a lot of time to see each other grow through different life stages, and from that came shared ideals which made it easier to collaborate creatively. And since we’re family, we get to laugh a lot or hug it out when things get challenging.

Patrick: I would say that the main challenge of being in a band with family is learning how to separate time for working on music with regular bonding time. They’ve become interwoven with each other. 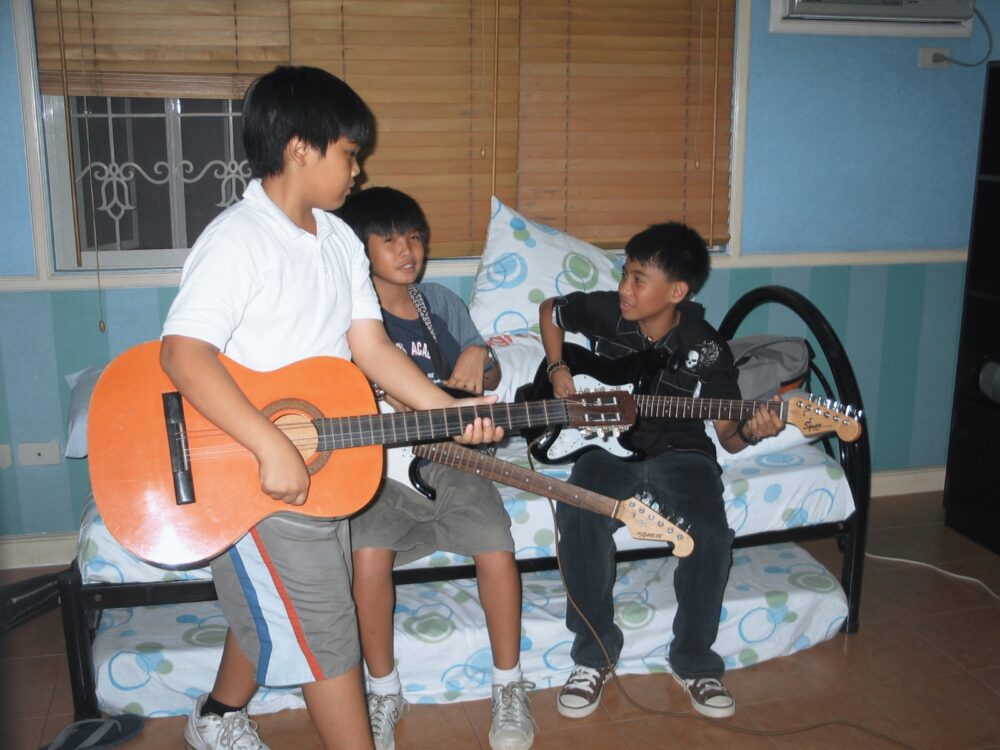 Is the sound of Cowboy Country Club a combination of the kind of music you all like or grew up with? What pushed you to explore chamber pop-folk?

Patrick: We actually grew up listening to a lot of pop punk. As we grew older, we cohesively transitioned to listening to more low-key, melodic, and atmospheric music.

Ryan: Yeah, we really like harmonizing and playing guitars. The Beach Boys and Fleet Foxes showed us the way.

It’s easy to feel transported to the past with your soulful narrative, instrumentation, and vocals. What bands, books, shows, or any other piece of pop culture inspired the band’s identity?

Sean: Recently, it’s been documentaries about other musicians like “Searching for Sugar Man,” “Beastie Boys Story,” or “The Beatles: Get Back” that have been inspiring to us. Also, we’re really huge “SpongeBob” fans.

Some of your tracks—especially those from your debut album “Out the Water/On the Way”—seem to take energies from environmental imagery. Are the outdoors a big factor for you in terms of being “in the zone” while writing songs?

Patrick: Nature was definitely a force that we welcomed into our debut album. Because our Lola loved flowers and gardening, our families both have beautiful gardens at home, so the connection to nature has always been there.

Ryan: Yeah, since our recording and production are done in our bedrooms, it’s a must to get that time outdoors. A walk around our area or a day in a park can do wonders for our creative process.

Your latest EP “Sunflower Street” was released in 2020. How did your creative process go for this album? Given that we were dealing with the pandemic’s first wave at that time, was creating the EP a form of catharsis, figuring out the world’s current situation, or any other process you needed to personally do?

Sean: For the “Sunflower Street” EP, we definitely had to spend a lot less time meeting with each other and more time mapping out our timeframe and the songs online. It was necessary at the time to pay attention to what was happening in our world and a lot of the project’s obstacles and joys came with that in mind.

Ryan: It was our way of processing and redirecting our pandemic anxieties to something tangible. We had to keep the music going, and it was actually a fun learning experience making music under those limitations.

What are you most proud of in creating “Sunflower Street”?

Ryan: Being able to put it together in a short amount of time in the middle of lockdown, between three to four months to be exact, and have fun while doing it was really fulfilling. We were able to look at the new work and see growth in ourselves as musicians since our last releases in 2019.

One of the major dilemmas artists experience is letting go of the final draft. How do you tell if a song is good to go?

Patrick: I believe that a song is done when I can completely zone out while listening to it without needing to pick apart every small detail. 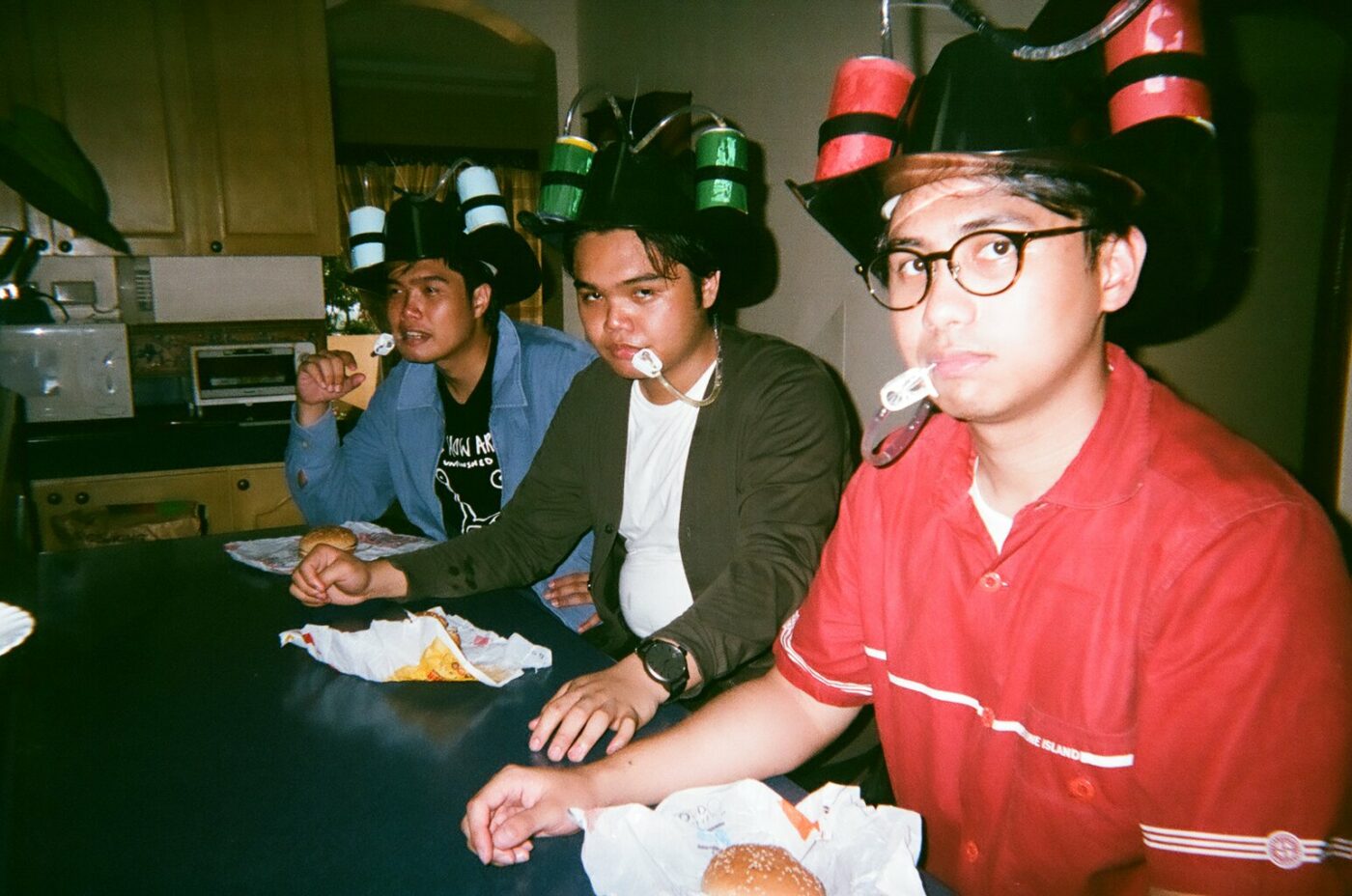 In terms of getting feedback on your music, could you share with me an unforgettable compliment the band received (whether it be from family, friends, or listeners you don’t know personally) that motivated you to continue your craft?

Patrick: Meeting people you’ve never met before and hearing them talk about your music is my number one. The three of us began this project not expecting much from it, so I’m glad to know that it has chanced upon the ears of people from different walks of life.

Ryan: I think hearing an audience sing along to your songs is the best feeling ever. After the first time that happened, we looked at each other and were like… WTF was that.

Sean: Someone saw us play at a gig in Catch272 and immediately booked us for her wedding, which we did exactly a year later. We had a blast.

What’s next for Cowboy Country Club?

Patrick: We have an album coming out this year that Scout is gonna want to write an article about.