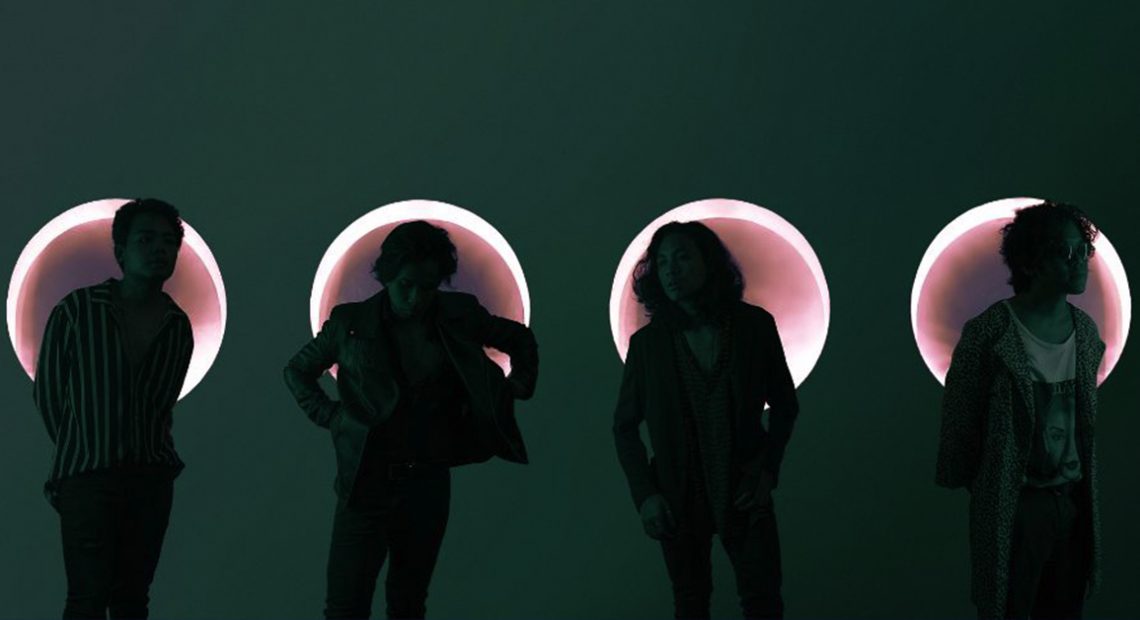 One Click Straight released their debut album after being in the gig circuit for five years. Their 11 track full-length album called The Midnight Emotion is exactly what its title dictates. The four-piece band came up with a debut that not only cements their identity in the local scene. Without a doubt, it captures the bittersweet melancholy that can only be felt before dawn hits.

Put The Killers’ music video for “Shot at the Night” and the soundtrack for Perks of Being a Wallflower together, that hybrid will result to One Click Straight’s The Midnight Emotion. This synth-induced album embraces the elements of the two. It’s a string of coming of age stories mixed with gated reverbs and punchy drum lines.

The Midnight Emotion could mean different things for different people. After hours are for falling in love, falling in regret, wild night out with friends, and meeting strangers. While embracing the aspects of synthwave, they’ve capture the spirit of the genre in more ways than one. Its timeless and nostalgic appeal fits with the album’s thematics. Somehow, the band captured the in between of late night joys and melancholy through 11 tracks. 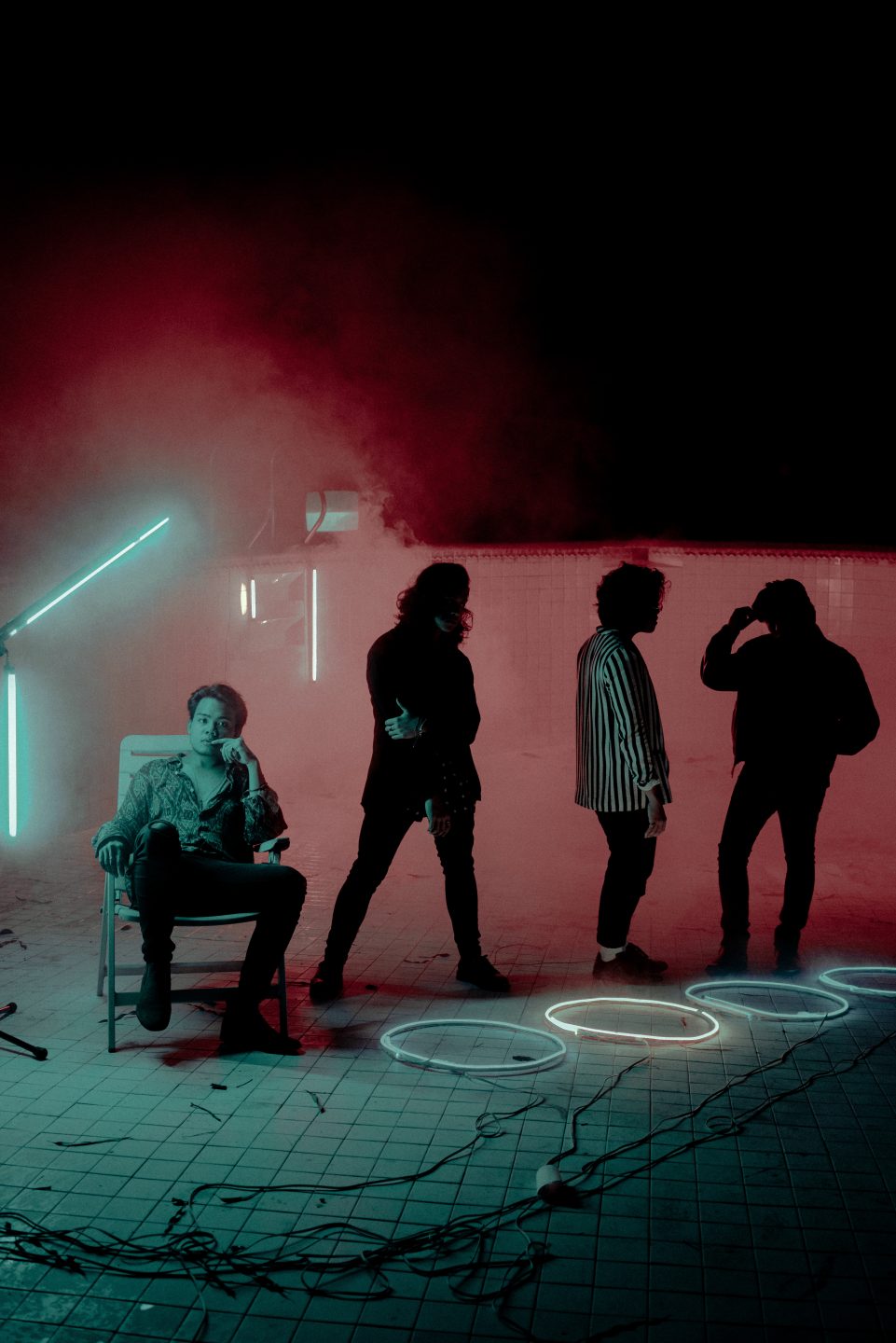 The album starts with its titular track. “The Midnight Emotion” is ambient and somber. It’s a slow build, easing the listener in as if it was an audible REM unfolding through melodies and soft notes. Imagine that its five minutes to midnight and the whole world will fall asleep in a moment. But as the two tracks “Shot in the Dark” and “Small Talk” comes roaring in afterward, the band pulls you into grooves and debauchery that only after hours could give.

[The Midnight Emotion] is a string of coming of age stories mixed with gated reverbs and punchy drum lines.

Both tracks are completely parallel to “The Midnight Emotion.” It’s hard not to get down with these playing. They’re reminiscent of Two Doors Cinema Club’s Tourist History. They’re infectious, danceable, and an all-around bop. This goes on with their sultry, funk track “Velvet.”

The Midnight Emotion is an array of themes and references that are reflective on how varied the band’s influences are. “Velvet” and “Silk” are tracks to crank up on a long midnight drive going to God knows where. Its appeal is similar to Japanese city pop elements where tracks under this genre capture the essence of the city when the sun’s down.

Japanese city pop isn’t the only ‘80s synthwave elements that trickled down through the rest of the album’s tracks. It was impossible to disassociate the tracks “She” and “Honey” without thinking of New wave forefathers Tears for Fears and Orchestral Manoeuvres in the Dark respectively. 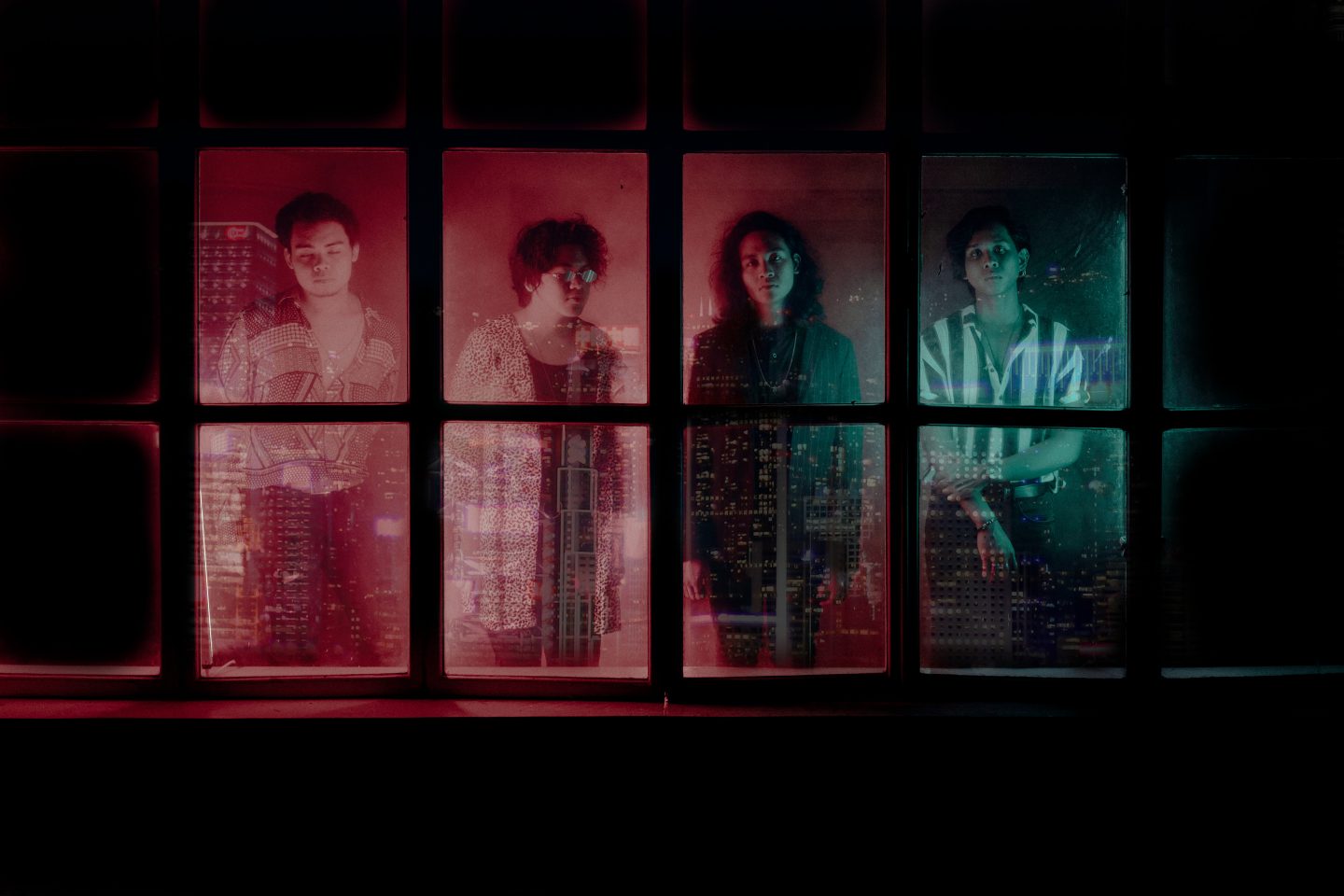 One Click Straight’s debut proves the band’s craftsmanship of blending in imagery and melodies by making midnight snapshots audible through these 11 tracks.

The first 10 seconds of “She” is an homage to “Everybody Wants to Rule the World’s” iconic riffs and gated reverb. “Honey” is an infectious sickly sweet bop, making the idea of falling in love magical, as if it belongs in the scene of a John Hughes film.  All of these referential, upbeat tracks takes a breather when “Melancholy” hits.

Probably one of the more somber tracks in the album, “Melancholy” stands out from the rest. Its R&B inspired composition takes us away from the fast clappers and crisp guitar riffs of the previous tracks. What greets us instead are trap beats and subtle melodic synths that’ll give Zayn Malik’s “PILLOWTALK” a run for his money.

“Kaleidoscope” carries “Melancholy’s” somber thematic, but leaves the R&B treatment behind, reverting back from the band’s signature sound of synths and electric riffs. This is a predecessor to the band’s final bop which is “Mystery.”

Their final track ties The Midnight Emotion well. It gives you an image of a chase. A long, winding chase that seemed to have happened all night long. Like that signature chase from When Harry Met Sally or that iconic build up in The Breakfast Club, picture those with “Mystery” playing in the background instead. It encompasses what their debut album is about.

The Midnight Emotion could easily be described as a love letter to life after hours. Midnight might mean differently for everyone, but what it is in an essence is an adventure waiting to happen. One Click Straight’s debut proves the band’s craftsmanship of blending in imagery and melodies by making midnight snapshots audible through these 11 tracks.

This four-piece synth-rock band might not be the first of their kind here. But they’ve managed to prove that they’re turning the genre and the local music scene in its head. They’ve molded the timelessness and nostalgia that the genre of synthwave gives. Safe to say, no one will sleep on their signature sound that echoed through The Midnight Emotion.

SHAREWhen God gave humanity ignorance, Sen. Tito Sotto must have been the first...