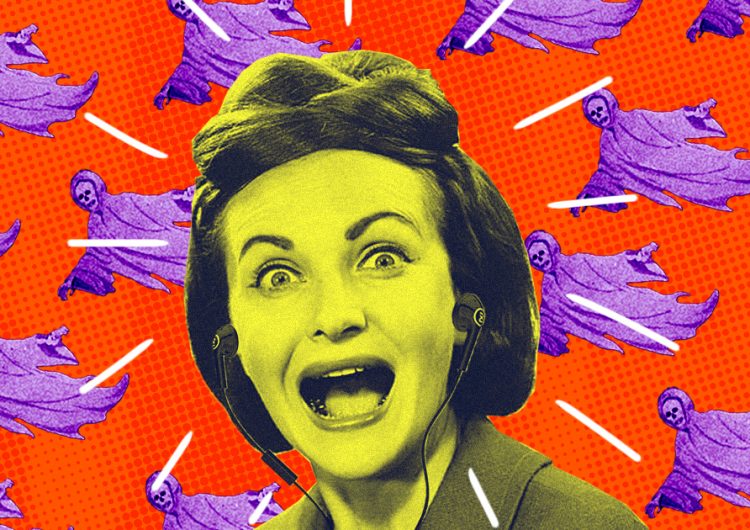 If you’re over the physically exhausting trick or treating, dressing up for halloween parties (unless it’s required) and lining up for a lame horror house—funny-looking white ladies and tiyanaks with weird makeup included—then maybe it’s time to put your earphones on.

Halloween can be as popping as a party, and can also be as scary as being alone in the dark on the 31st. If flying to another world to scare yourself sounds better than anything else, then podcasts are your easiest access for the “damn, you’re doomed” kind of adrenaline. Press play at your own risk, I guess.

Ever dreamed of living in a peculiar community that would boggle your mind for its unending mysteries? Perhaps signing up for a citizenship in Night Vale will give you what you’re looking for. With its “turn on your radio and hide” catchphrase, it serves a visual feast for your imagination in every town update. Listening to Night Vale will make you feel like you’re always looking out for something, risking your life until you’re able to say that the coast is already clear. With tons of guest voices and writers that expand the community into a much bigger horror sphere, you won’t forget that it’s also an adventure all at once. Strange rays of light and the weirdest cultural events in account, Night Vale will test your gut. Are you tough enough to live here?

If you’re still mulling over the existence of demons, ghosts and otherworldly creatures, The Black Tapes will serve you right for its exploration on both the serial killer kind of scary and supernatural kind of spooky. Made as a serialized docudrama about how different kinds of ghosts bombard the path of a journalist and the subject’s way to finding the truth, it sees right through you before you see through it–a clever way of making dialogues inside your head while you ride the wave of heart-pulling episodes.

Well, The NoSleep Podcast is pretty straightforward. If you’re a first-timer in bringing chills down your spine, this probably isn’t the ideal mark to start. Not for the faint of heart, this creation is creatively crafted—fantastic art for every episode included at that. From supernatural stalkers and disappearances to dark dreams and perplexed mysteries of the dark, hence the title, you’ll need to count as many sheeps as you can to finally head to a deep slumber. You won’t get to sleep because of the fright.

If you’re a fan of “Nginiig’s” true stories more than a decade ago, then I bet this channel will match your spook taste somehow. Concise and story-heavy, the Let’s Not Meet: A True Horror Podcast is perfect for those who want to score the rawest kind of frightfest that doesn’t need a “what if this isn’t true?” thought. Realistic occurrences with normal (or so you thought) people you have a 99 percent chance of meeting daily are the villains of your mind in this somewhat audiobook, which may cause you to have a nightmare if you’ve found yourself hooked with its seemingly never-ending supply of episodes. Who knew awkward conversations resonate as warnings for a reason? Whether in transit, at home or just strolling along the most mundane of establishments, this podcast would 11/10 equip you in avoiding the supposedly extras in your life story, before they actually turn out to be psychopaths. This podcast could use more sound effects for the little details of the story and cut a bit of their enthusiastic-sounding background music, though.

With a penchant for murder mysteries and ghost towns, you would not want to miss this problem-solving podcast. A fictional take by Two-Up Productions, it’s not difficult to believe why Limetown had been one of the top podcasts in 2015. Considerably a classic, it appeals to listeners as it follows an American Public Radio journalist reporting on the investigation of the disappearance of over 300 people at a neuroscience research facility. It’s like listening to an abandoned tape or maybe a lost soul trapped in it, perhaps. Proof of bloomed listener engagement?

SHAREQuarantine has got us trying new things: “Animal Crossing: New Horizons” with the...

SHAREWith the COVID-19 pandemic, to say that the world is in bad shape...