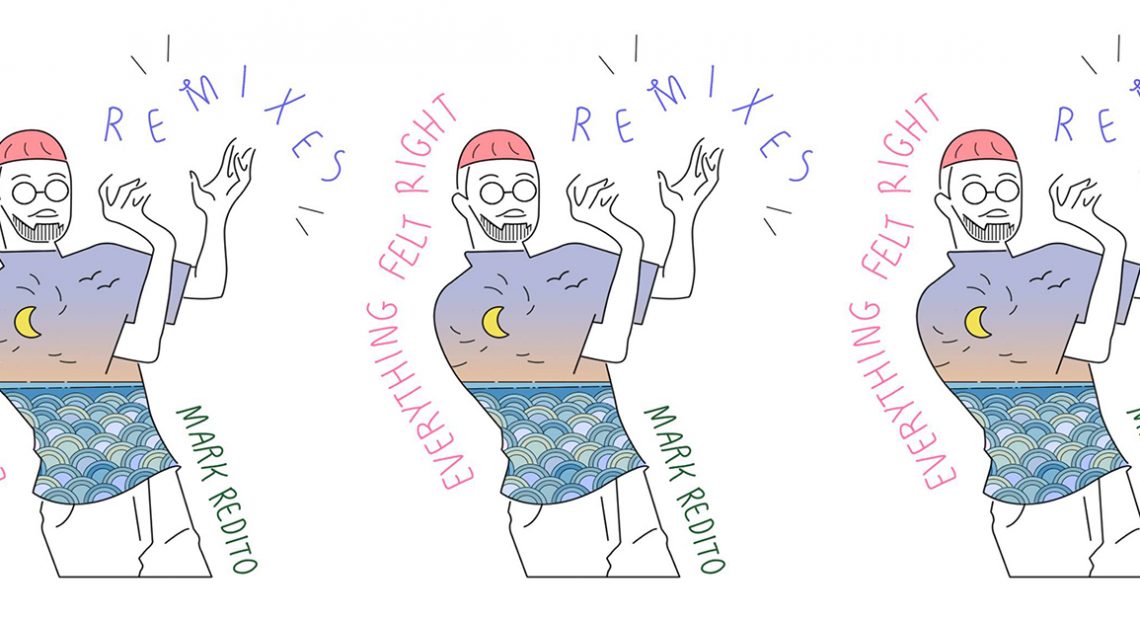 L.A.-based Filipino musician Mark Redito just dropped a new album of Everything Felt Right remixes today. In his Facebook account on Nov. 9, Mark expressed his excitement in showing his latest creation he managed to finish with fellow artists and friends: Qrion, omniboi, crwn, onlytom, and TV Blonde, who each gave their own take of Redito’s successful groovy-chill-magnetic track.

Read: Mark Redito on letting go of Spazzkid, his hardcore past, and uplifting marginalized artists

Known for his influential craft in electronic music, beat music, and even J-pop, Redito proves this time that he can be dubbed so much more. This new album contains a variety of six remixes that explore tempos and beats, each having their own stories in their own settings.

It starts off with Redito’s own spin, the Midnight Version, which experiments with intimate heavy tempos perfect for a bedroom loop. After it comes Qrion’s, a seemingly-opposite manuever towards a festive feel that can also warp you in a club with its familiar-sounding bassline. Third track is crwn’s creation, which kills the party lights then replaces them with soft synths that sound like loud whispers. It doesn’t take too long for the party to return in onlytom’s turn–either you dance or get thrilled by the thought of the music coming for you. TV Blonde’s remix drowns you in its low-fi madness, on the other hand. The album finishes with a video game-like execution from omnibus. Everything felt right, indeed.

A true eclectic adventure, you can hear these creations made through Redito’s creation on Youtube, Spotify, Apple Music, iTunes, Tidal, Bandcamp and legendary home SoundCloud through here. Tip: Look for Redito’s Midnight Version played along with Wong Kar-wai’s In The Mood For Love on Youtube.

SHAREIt’s a little difficult for an LGBTQA+ person to live in the Philippines,...

SHAREIn “A Subtlely by Kara Walker: Teaching Vulnerable Art,” by Marika Preziuso, it...

SHAREFalse alarm, everyone. Eraserheads is not reuniting for #UAAPFinals. Frontman of the legendary...