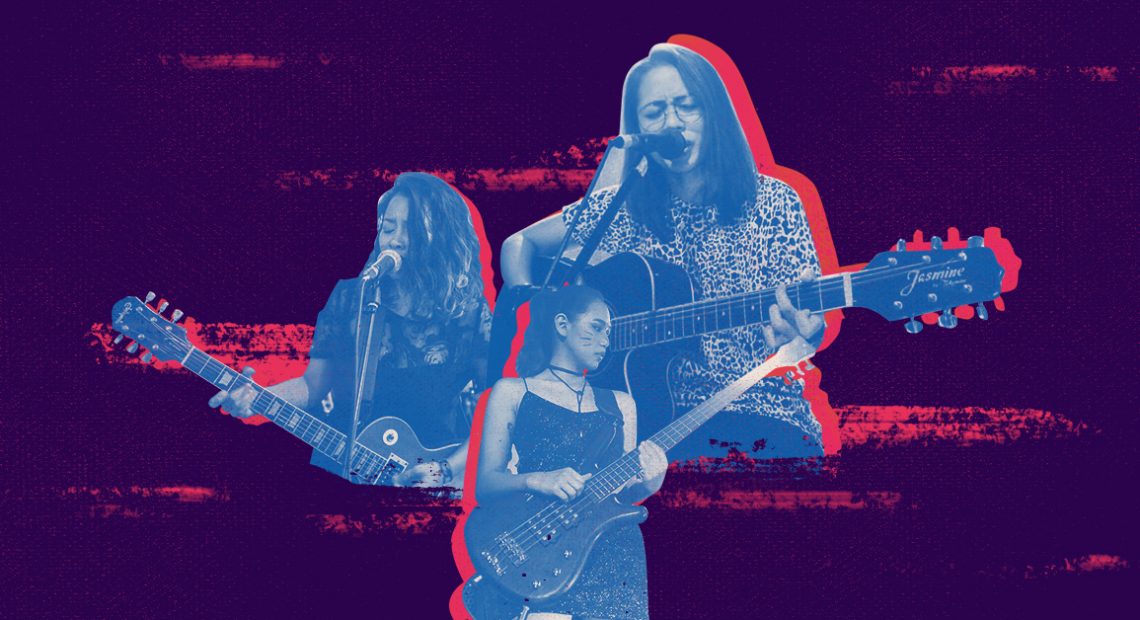 Upon writing this list, it pushed me to ask myself: why do we still need to acknowledge female vocalists in the scene? Then I remembered falling in love with the rock and hardcore scene growing up. I cherish the feeling of excitement every time I see women take the lead on stage.

International mainstream bands back then like Hayley Williams of Paramore, Amy Lee of Evanescence, and Lacey Sturm of Flyleaf were the ladies that showed my grade school self that the rock and hardcore scene isn’t a boys club. It’s meant for everybody.

Sure, those bands might lose me some streetcred now. But their effect on my younger self still stands. Now that I’ve been watching and documenting our local scene for the past four years, I still get that feeling of excitement every time I see a woman on the mic in a rock or hardcore gig.

It’s a reach if I say that these ladies are breaking the glass ceiling entirely. Female vocalists in the scene don’t necessarily indicate the end of misogyny in it. We still have a lot of work to do. But through this list, I want people to recognize and know more about female vocalists who won’t let stereotypes stop them on being active in a scene that is male-dominated.

Seeing women take the stage gave me the feeling that there is a place for me in the scene. For me, there’s nothing more powerful than a woman taking the lead that drives a crowd to form a pit. If you’re unsure on who are the female vocalists to follow in the scene, here are some vocalists that could get you started.

This all women three-piece band is out here to bring something new to the table. With clear influences of classic rock and heavy blues, Catfight is not only here to prove that women are no stranger to guitar solos, but they’re here to bring some classic licks into the modern local scene. They are fairly new act to watch out for and will most likely shred our faces off if we catch their gigs around the metro.

We describe them as a band who “exist within the melodic gray area between dream pop and post-punk darkwave.” It’s also worth mentioning that this trio is an all-female act. Beatrix Alcala’s vocals, like their genre, belongs in an indistinguishable in between. Her vocals could come off as sweet now then dark and brooding when the next track hits. She lends her vocals to a band that dabbles in the unexpected and it’s beautiful.

Believe that Pinoy pop punk is far from dead? Then you probably heard of a band called C H N D T R. Their frontwoman Chin-chin Detera (yup, that’s her real name) sings us songs about being a martyr in love or the marupok problems we struggle with every now and then. Her band is a formidable force in the scene and all too relatable at the same time.

This punk-band from Cebu is keeping the riot grrl spirit in the music scene alive. She uses a vocal technique called sprechgesang to call out systematic oppression and misogyny through music. Releasing tracks with themes of sexism and introspective issues, Jan and her bandmates continue to prove that Filipinas always had a place within our local punk scene.

Here’s another pop-punk band to add to your list. Noodle Perez alongside her bandmates are out there broadening the local post-punk scene. They can take it slow with their track “Clingy” or induce us with nostalgia like in their track “Marlboro.” Safe to say, this all-female act wears the word “versatile” naturally. This shows through Noodle’s skills on the mic as she shreds away with her electric guitar. Noodles raw energy on stage as she syncs with her band makes any Thirds’ gigs worth staying out late for.

Sofy Aldeguer of Bita and the Botflies

Achieving viral fame through their feminist track “Sisikat Ka Iha,” this band rose through the ranks from the underground scene to O/C records’ latest acts. Their vocalist, Sofy Aldeguer, accompanies the band’s groovy blues licks with her vocals luring its listener to the dark side. She doesn’t shy from themes of revenge, industry misogyny, and other metaphorical injustices with her lyrics. Sofy and her band is definitely a voice we need in these Draconian times.

Who are the female vocalists you look up to in the scene that more people should know about? @ us @scoutmagph

“Their songs are really healing.”