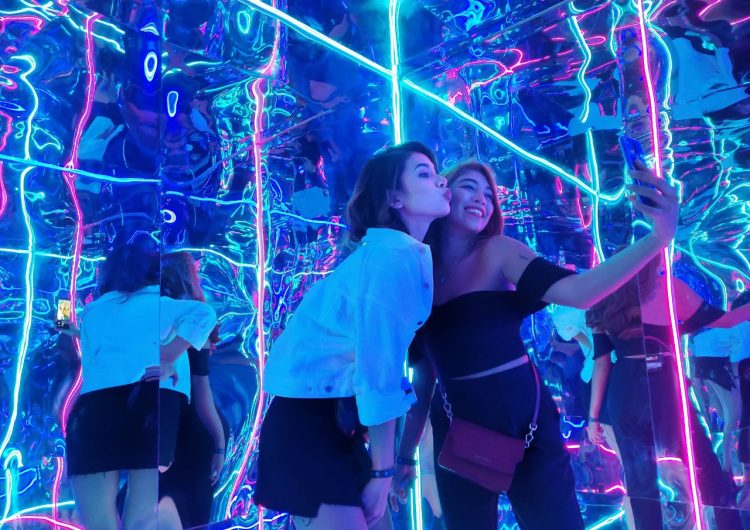 It’s 11 PM on a Friday night, and the youth are only just coming out of their homes. It’s around this time when we see each other in all our unbridled glory—makeup done to the nines, outfits at their freshest and miles away from corporate dress codes, and eyes bright with the promise of a weekend without any inhibitions. For the restless like us, the night is only just a beginning.

The nightlife is the new prime time where creativity and adventure thrives—so why would you sleep it all away? OPPO’s Seize the Nightlife party celebrated just that, with notable personalities from our generation coming together to partake in the best that the night has to offer.

One thing we love about the night is its ability for natural selection. Whoever isn’t out and about is crossed off the game.

One thing we love about the night is its ability for natural selection. Whoever isn’t out and about is crossed off the game. Only the real players are out hunting for adventure, and that is exactly the crowd present at Early Night? In BGC. Doors opened at 10 PM: definitely no place for a sleepyhead. You snooze, you lose, as the say. Of course, everyone at the party was already winning.

Nights like OPPO’s Seize the Night party are no place for hesitation. Not a single body was still as Top 40 songs of the 2000’s  were blasted on the speakers, while everybody was shouting along to each and every lyric. Even ABBA songs made the cut, because when is ABBA ever a wrong playlist choice? The cherry on top of the throwback vibe was an impromptu dougie battle that only our generation would ever attempt to revisit.

What we’re left with is the memories and blurry photographs, and it’s back to waiting for the next weekend to feel that high. It’s the fleetingness of it all that make us want to chase the night.

Going all out on the fun is one thing, but there’s also the feeling of urgency the deeper the night gets. Doesn’t everything feel more like a race after hours? It’s probably because all that happens in the dark feels like it disappears fast as a dream, and it’s another mundane morning in the blink of an eye. What we’re left with is the memories and blurry photographs, and it’s back to waiting for the next weekend to feel that high. It’s the fleetingness of it all that make us want to chase the night. 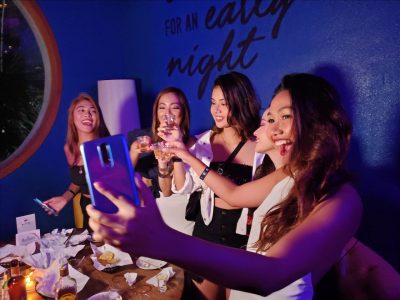 Partygoers commemorate the night through selfies with the R17 Pro

It’s probably why partygoers were taking pictures left and right with their R17 Pro, which has an Ultra Night mode specially made to take killer shots even in the darkest of nights. No worries about not being able to remember anything the morning after, my friend, because you’ll probably record everything in pristine detail. It’s up to you if this is good or bad thing, though.

The night is also time for vices to come out and play. Everyone made sure to take a shot (or three) of the specially made “Seize the Night” shot from the open bar, which had just the right kick to get people up and dancing. The infinity photobooth was also witness to the inebriated fun that took place throughout the night, as people were quick to post their photos online with the hashtags #SeizeTheNightxEarlyNight and #OPPOR17Pro.

The youth is thrilling and powerful, and so is the night. Maybe that’s why we feel like it’s where we belong.

The night was a perfect snapshot of the adrenaline that the Manila nightlife holds. “There’s a thrilling, powerful energy exuded by the metro’s brilliant youth—they’re highly creative, highly social online and offline, and they’re very driven to achieve their vision of the future,” says OPPO Philippines VP of marketing, Jane Wan, and she paints a pretty spot on picture of the vibrancy of the nocturnal youth. The youth is thrilling and powerful, and so is the night. Maybe that’s why we feel like it’s where we belong.

Seize the night with the OPPO R17 Pro, available in all OPPO stores and select authorized
resellers nationwide for P38,990.00 (SRP). For more information on OPPO’s latest products and services, like www.facebook.com/OPPOPH and follow @OPPOPhilippines on Twitter and Instagram.