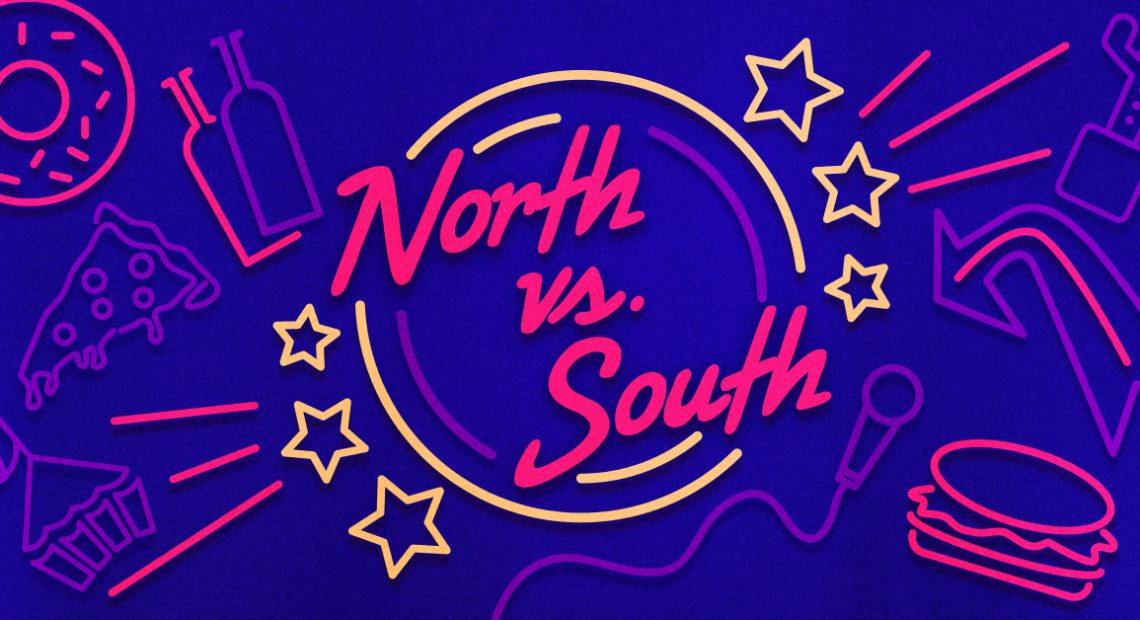 Weekend trips are a nightmare to plan in the holiday rush. It means taking three hours to travel 10 kilometers away (hello Christmas traffic), and being 48th in line to grab lunch at a 20-seater restaurant in the crowded malls. Thinking of going to the only amusement park in the country? Great, but every other family in Luzon is probably planning on it too. It’s a bummer to waste your precious vacation time on fighting with crowds all the time.

The past weekend, me, a south kid, and my fellow content creator Rogin, who lives in the north, fell into the trappings of deciding where we could hang out on a weekend in the midst of the holidays. As natives of Sta. Rosa, Laguna and Cainta, Rizal respectively, we decided to just chill out at hole-in-the-wall places you’d probably only know if you’ve lived there for a while. To let you in on our secret spots, here’s our Friday night texts:

We first went off to take a walk in our parks. I personally didn’t know any in the north since I always saw it as a big chunk of buildings and cement, but leave it to Rogin to school my south ass and show me gems like the Oval Park.

Where I’m from, it’s pretty easy to find greenery. Out in Nuvali, you’d have to just open your eyes and peek out a window and nine times out of 10 there’d be meadow waiting. 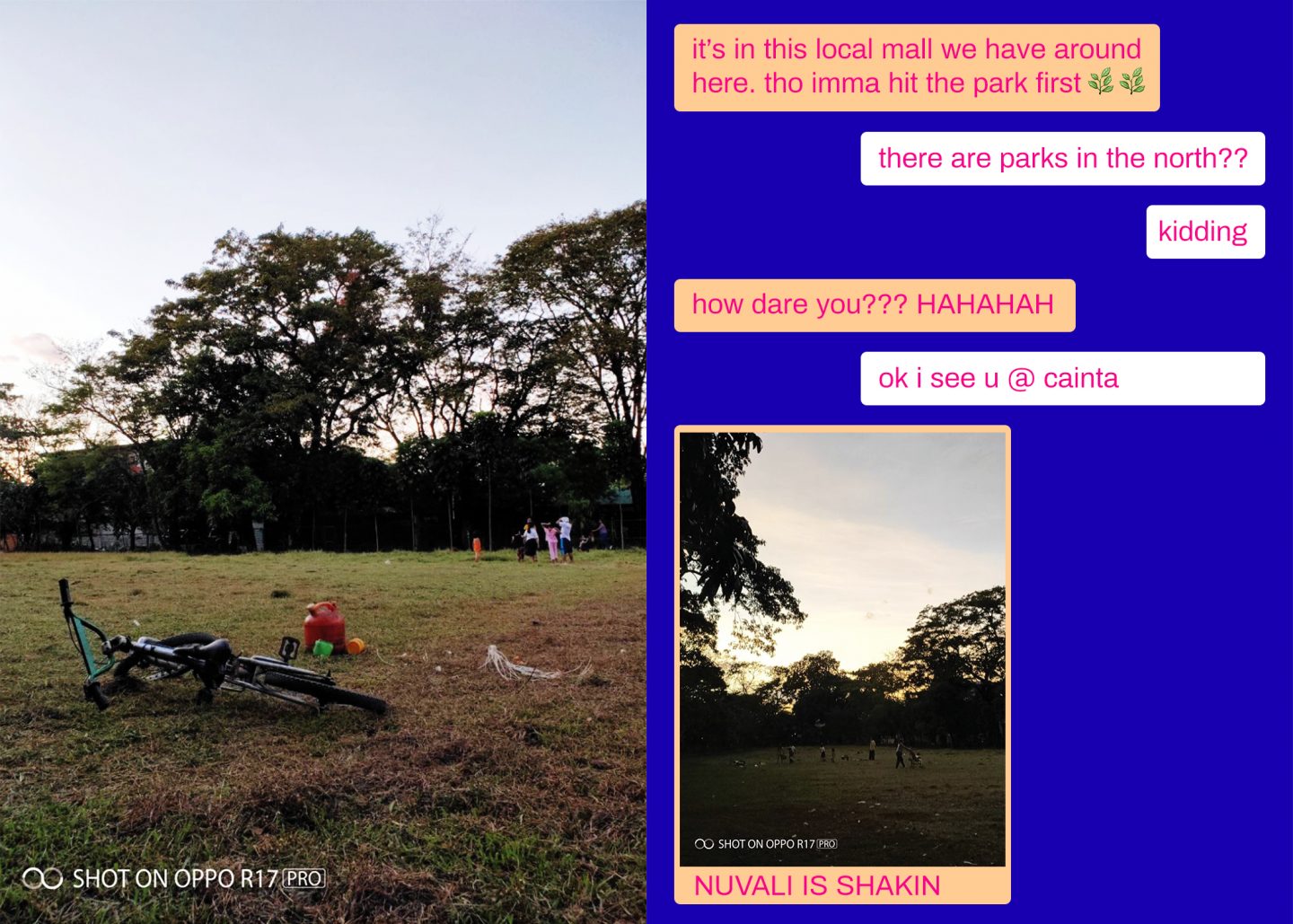 Any neighborhood in this country is bound to have a Japanese place, so we went to our next spot to grab a bite from our own favorite local ramen and sushi spots. Mine was Ryuma down by the market at Paseo de Sta. Rosa, and Rogin went to Japinoy on Brookside Hills’ Sunset Drive. We were living the Wong Kar Wai fantasy with our R17 Pro shots, and all at a hundred bucks per ramen bowl. 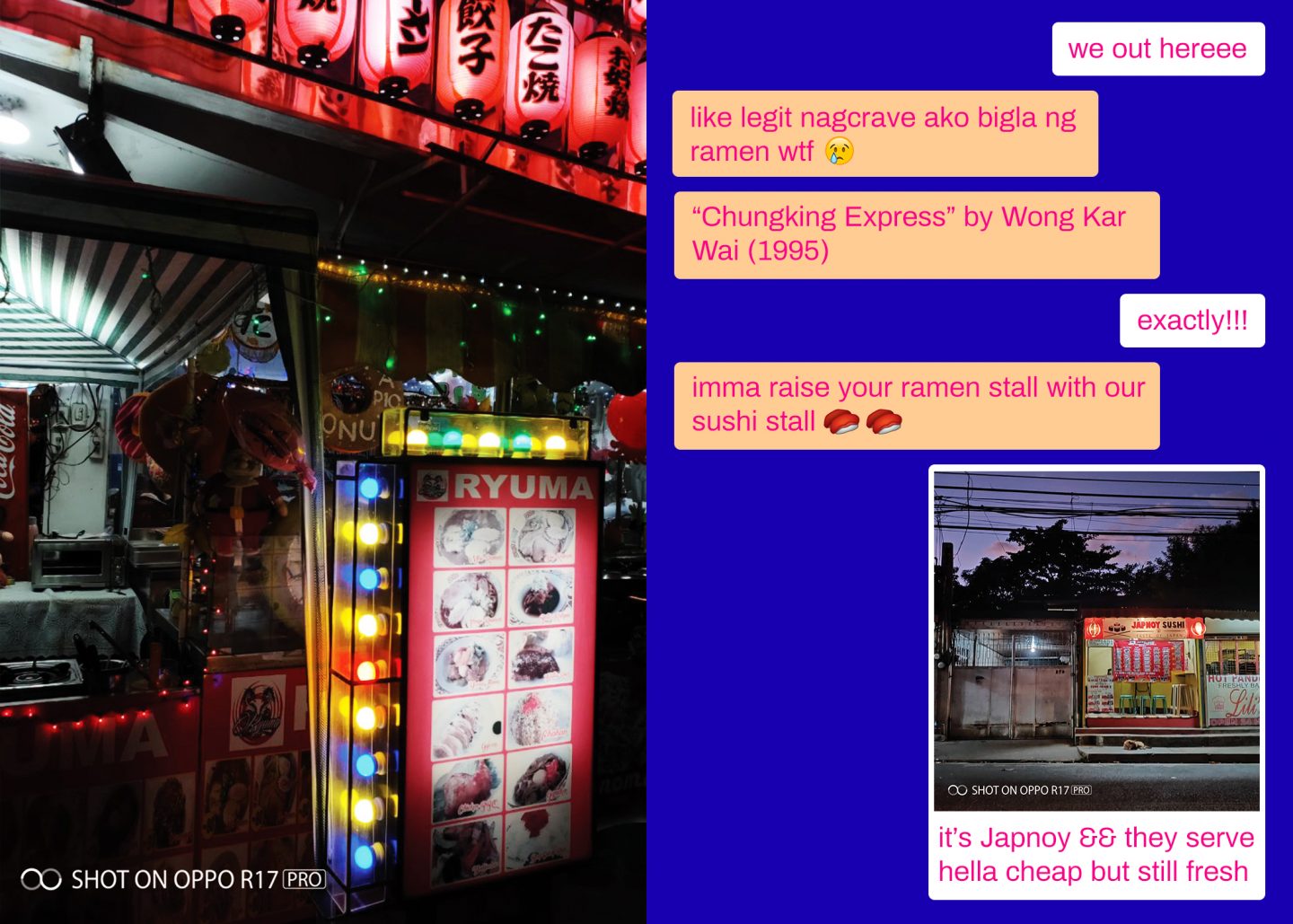 We’re also dropping some front cam snaps here as a bonus. We aren’t called the selfie generation for nothing, right? 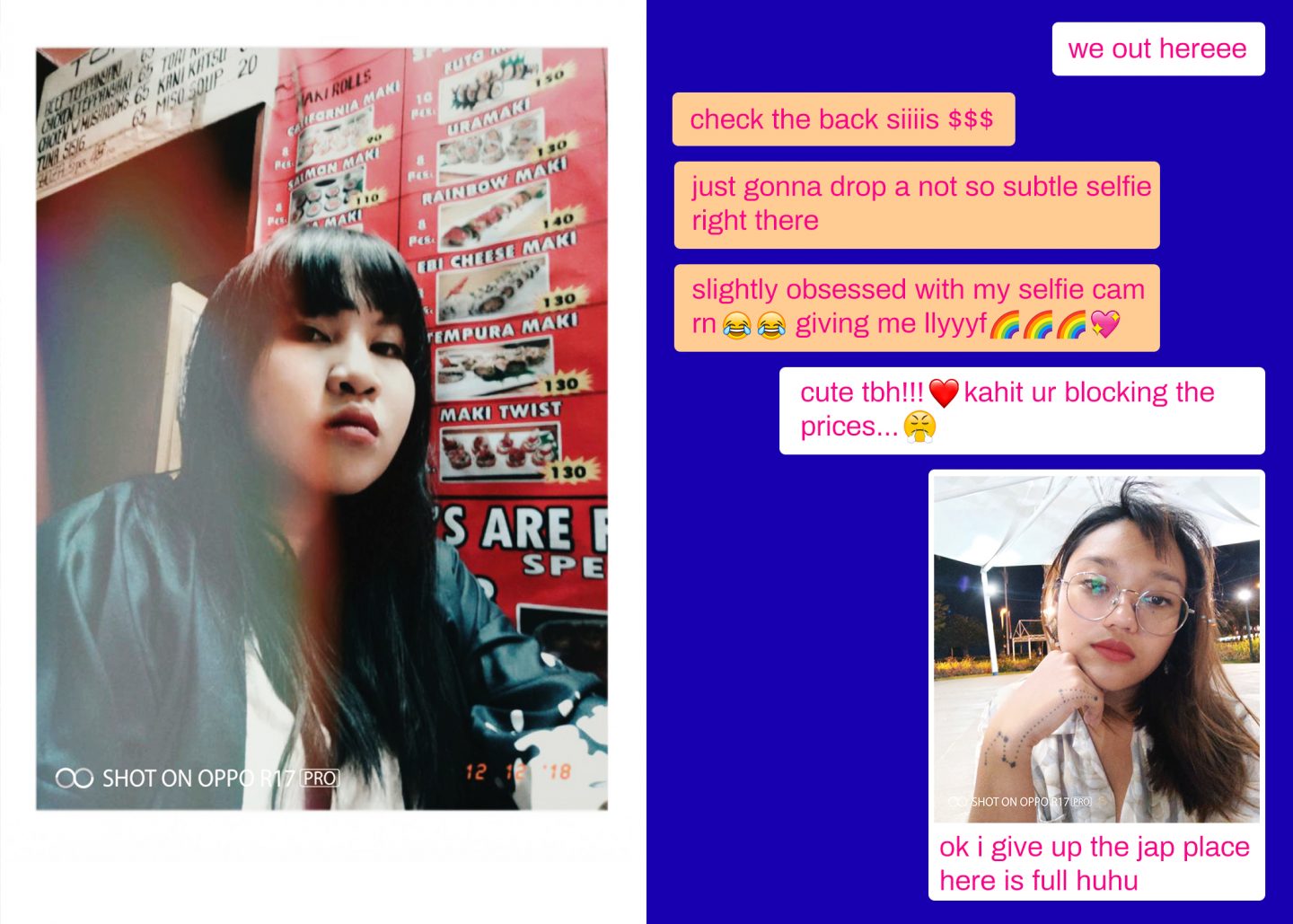 One thing about Rogin is she’s an absolute edge queen. I’m not really surprised that she managed to find this place called Alkimia that sells battle axes and samurai swords. This place is for north peeps who want to go a little (okay, very) extra on the cosplay. 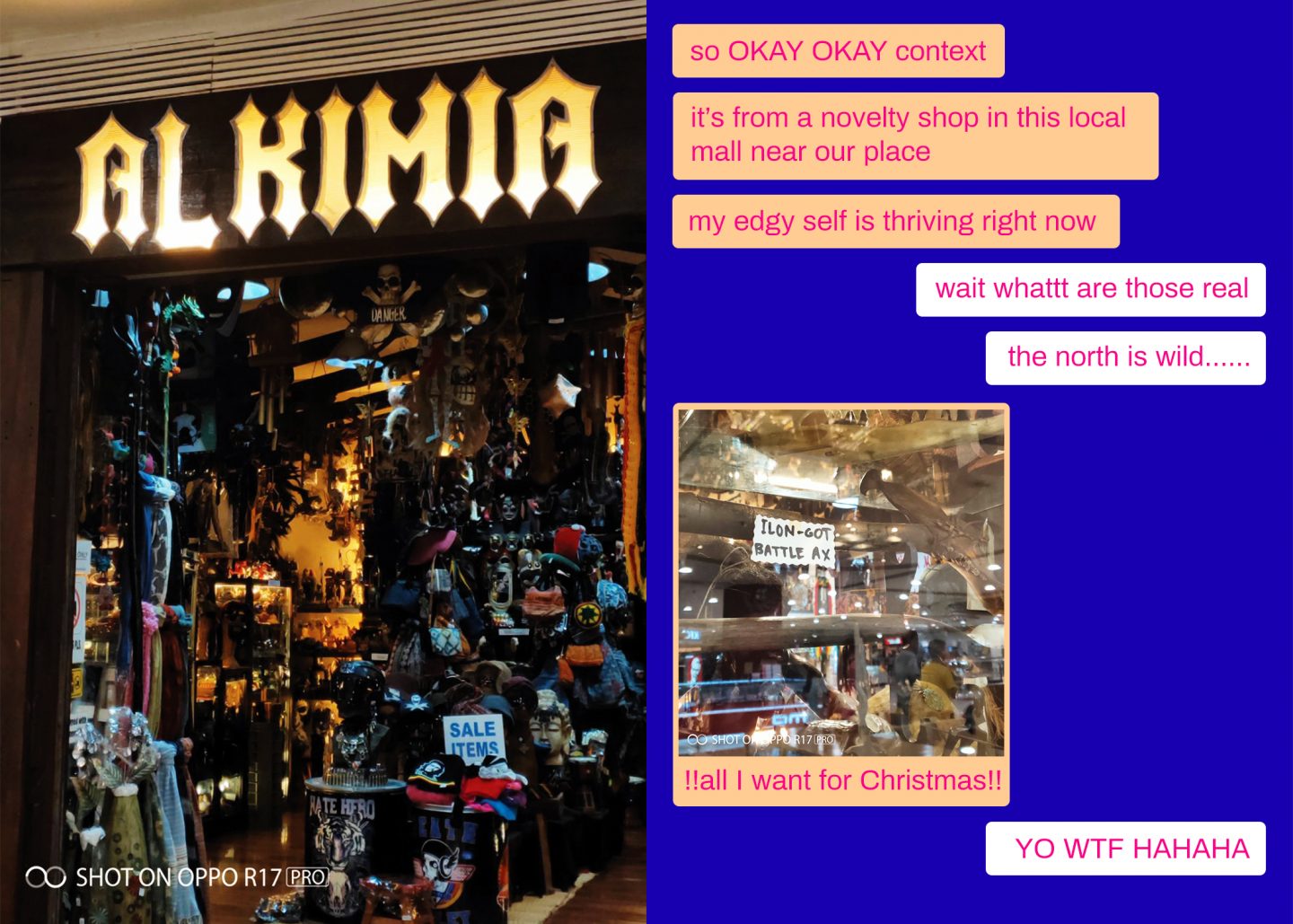 While Rogin took a detour to Worlds of Fun, which is apparently an in-mall mini amusement park (I will never understand the north, tbh), I headed off to a neighborhood bar called Locale for a night cap. We had extra fun shooting at low-light places or under neon lights with our phones’ neat Ultra Night mode. 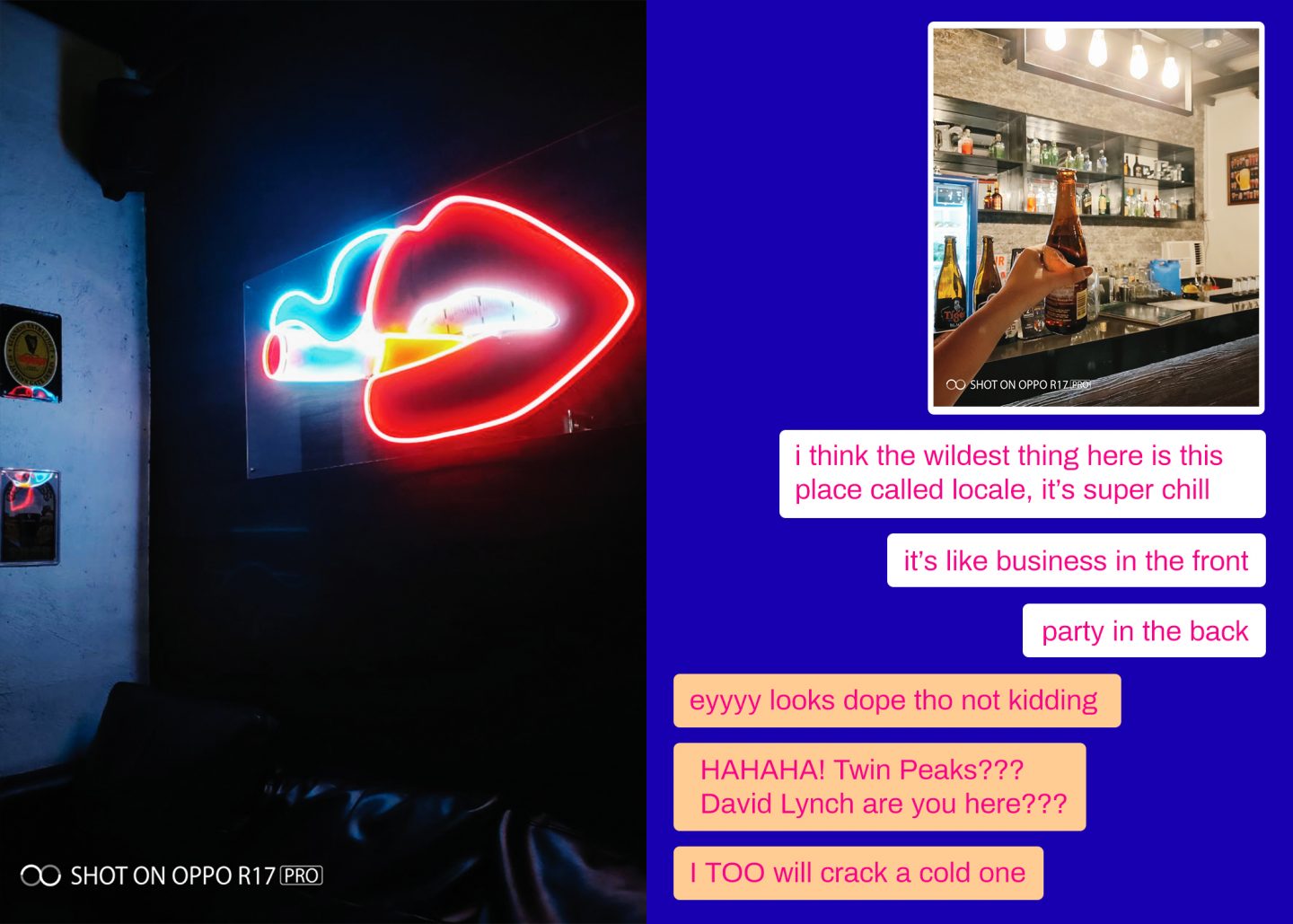 I’m very much a homebody when I’m back home in the south, so I headed back to my house. Rogin grabbed a beer at a local gastropub, but not before doing a round of bump cars. Super casual. 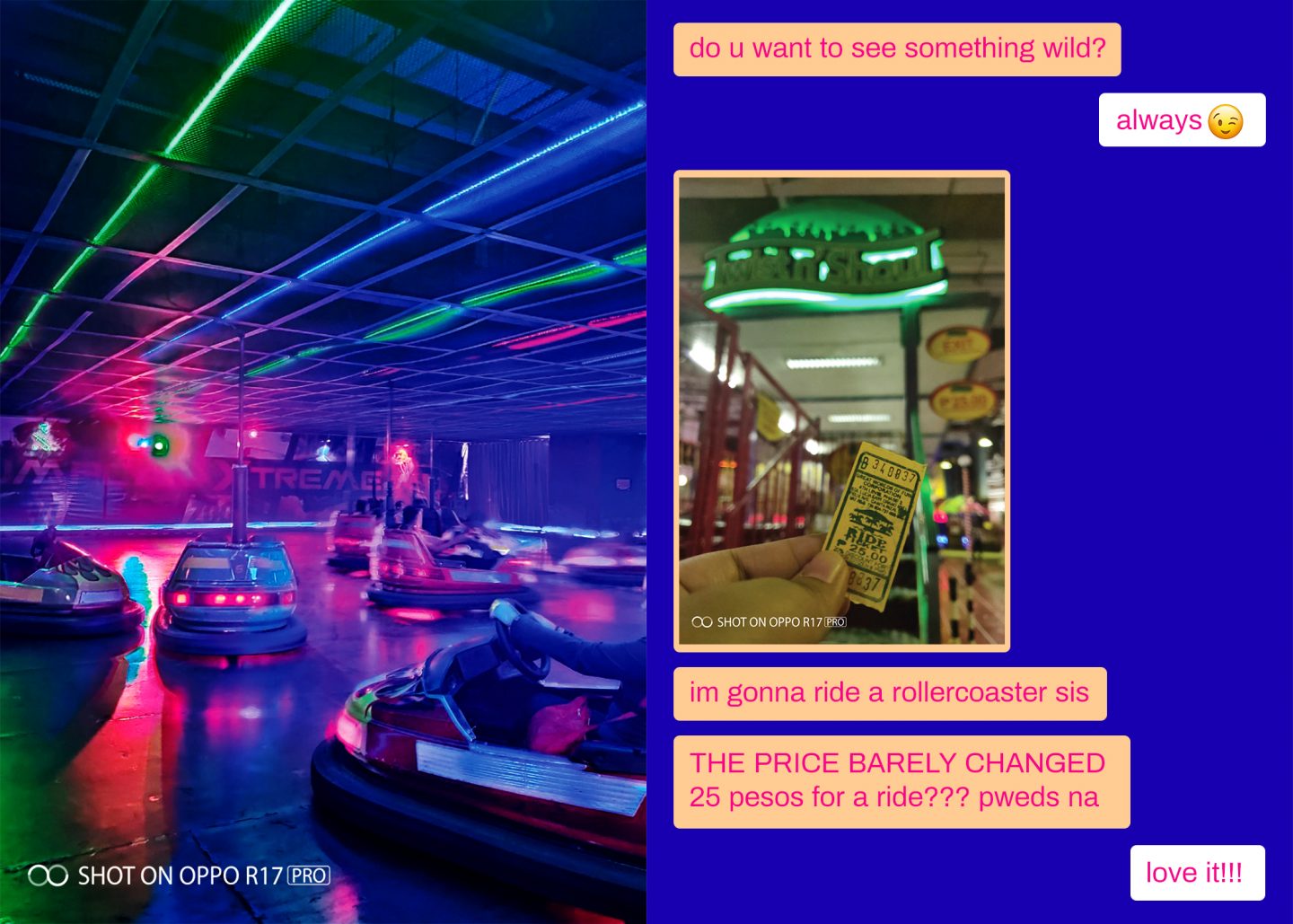 Even if the north has melee weapons and indoor roller coasters, nothing will beat the stars in the south. The R17 Pro’s camera is pretty legit, and the stars were bright, so I was able to take a shot. I got home with plenty of juice left on my phone surprisingly, even if I’d been using it for the whole day, so I stayed up until late at night to edit and post my pics. Had to do it for the ‘gram. 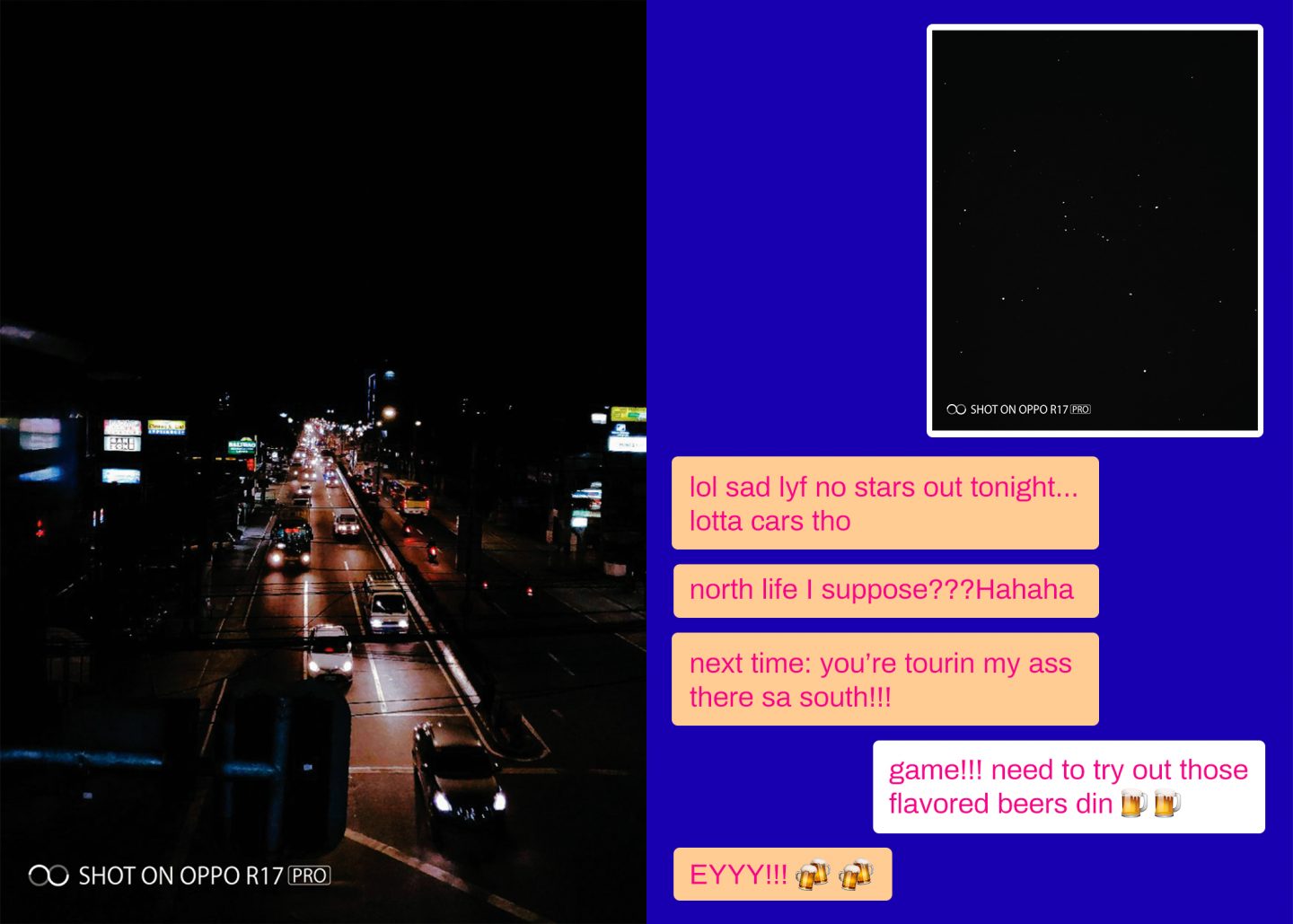 Any Friday night where we were able to legitimately chill without the stress of a crowd is a win, so I think it was a pretty damn good self-date for each of us. Bonus points that we had our trusty R17 Pros to take killer night shots, and at this point, it’s a night-out essential for us. I’ve also learned a lot about the north, and maybe after this I’ll decide to brave the commute and check out the spots Rogin went to.

Or maybe we’ll just meet in the middle. As any plans made between a northerner and a southerner goes, I’ll leave it at, “We’ll see.”

Photos were taken with the OPPO R17 Pro, available in all OPPO stores and select authorized
resellers nationwide for P38,990.00 (SRP). For more information on OPPO’s latest products and services, like www.facebook.com/OPPOPH and follow @OPPOPhilippines on Twitter and Instagram.