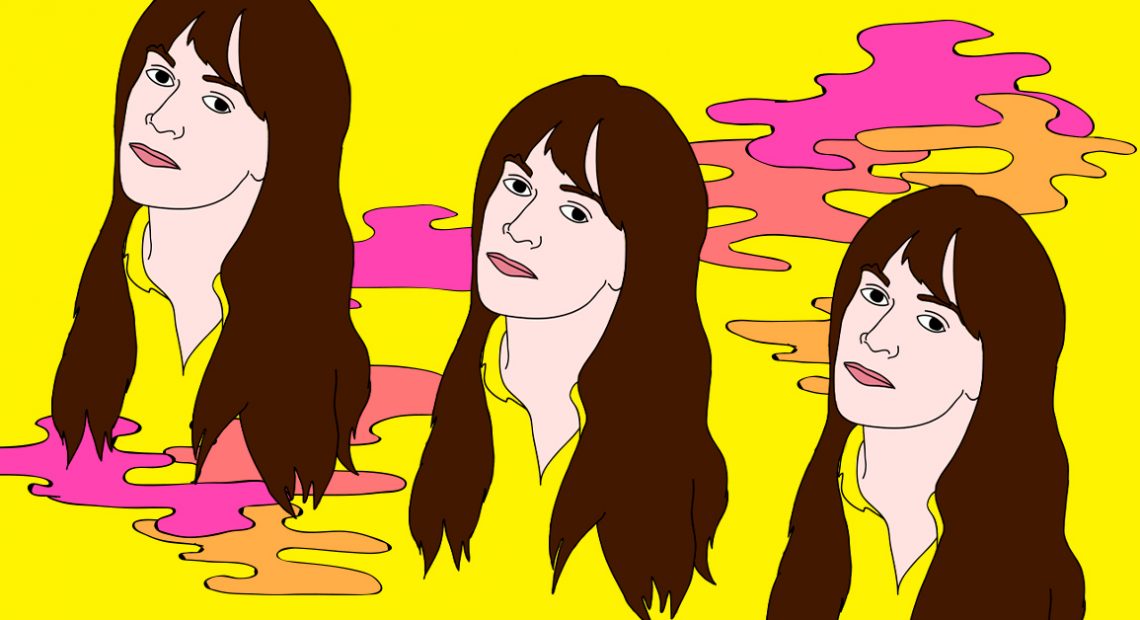 “Broad City had just ended, I was very heartbroken, and I really wanted to write about those things,” Abbi Jacobson tells Tavi Gevinson at Books Are Magic, a picturesque indie bookstore with exposed brick and peach-pink walls in Brooklyn. She is being interviewed by Tavi to promote her new book, I Might Regret This, which came out last October.

In case you have no idea what the book is about, the laziest way of describing it would be “a funny Eat, Pray, Love” because it is also precipitated by the end of a relationship. And while there is zero international travel and way less pasta, we do get a cross-country road trip from New York to LA and a chapter on snacks. 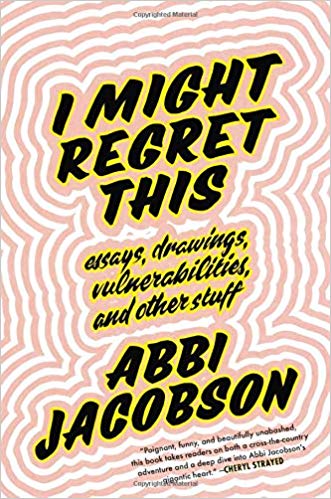 Where Liz Gilbert immortalizes grand, cinematic moments in the year of her heartbreak, Abbi documents the quieter, more mundane moments that somehow lead to the realization that you’re past the pain, or can at least conceive of the end of it.

“There’s one [essay] in the beginning called ‘Heartbreak City’ that sort of sets you up on why I’m going on this trip and I think that one was tricky for me to figure out…what do I really want to say, why am I saying this,” she continues.

Of course, to the many fans who’ve squeezed themselves inside the bookstore to hear her speak, the answer is obvious: After watching her on TV for nearly five years—10 if they started with Broad City’s web series—many have grown curious about her inner life. For her part, she understands the fascination.

“I don’t think [my book] is a memoir, but I read a lot of the memoirs that people that I watch or listen to write and…I’m kind of yearning for a little more. Not like a tell-all or whatever,” she clarifies. “But just a little more of, like, who that person is. So I hope it’s for more than just the people who might watch Broad City, but ultimately it really is for the Broad City audience.”

Below are a few choice’s Q&A’s from Abbi’s interview with Tavi, along with some questions she fielded from the audience, all of which have been edited for clarity:

Tavi: Were there any other books that you saw as a model for what you wanted to do?

Abbi: Yeah, I think if you go in the bookstore it’s in the memoir category, which I’m like, um, no. I don’t really think of it as a memoir. I think of it more as—is this a new word?—a year-moir? Like, it’s really like a slice for me. I really wanted you to feel like you were on this road trip with me that was three weeks long, so I was really looking at the personal essay more than a framework of an essay collection.

Tavi: You talked in the book about making the decision with Ilana to make this next season of Broad City the last one and I want to know…how do you even broach that?

Abbi: I don’t think anything I do will ever be like that, but it is truly about your twenties in New York City…and I don’t think that everything should go on past a certain point. Creatively, like, 50 episodes is incredible and…the way it starts and the way it ends, I am extremely proud and happy of the way that we did it.

“I am so happy that I didn’t get the first thing that I wanted to do…. it’s just good to do stuff that you don’t necessarily want to do and really try to, like, especially here, just to try shit and really fail at it and I just think you really know yourself better.”

Tavi: Who did you write this book for?

Abbi: I think, first, this was a very selfish endeavor to write a book like this because it was very helpful for me. It allowed me to get through this time in my life and learn so much about myself, not just process-wise, ‘cause I have not written in this way before, so I was very scared of that alone, but it was very much for me.

Audience: Is there anything else you think you’d be doing if you and Ilana didn’t create Broad City?

Abbi: I am so happy that I didn’t get the first thing that I wanted to do. So happy, like every single thing that we write about in Broad City was like some terrible job that I actually had and Ilana actually had and it’s just good to do stuff that you don’t necessarily want to do and really try to, like, especially here, just to try shit and really fail at it and I just think you really know yourself better.

Audience: I’m 19 years old, so I was wondering if you had any advice for somebody who’s about to enter their twenties?

Abbi: I’m 34…I thought there would be gasps! And I’m just like, where you are already is so far ahead of what I was doing when I was 19. Like, even that you’re at an event at a bookstore. I’m just doing this now, like, I’m at the event now. A lot of teens now are so much more active and informed and smart, they’re so much smarter and more creative and more aware than I was. So yeah, just keep doing what you’re doing.

SHAREThere’s a podcast for everyone now: for the horror buffs, the happy pills,...