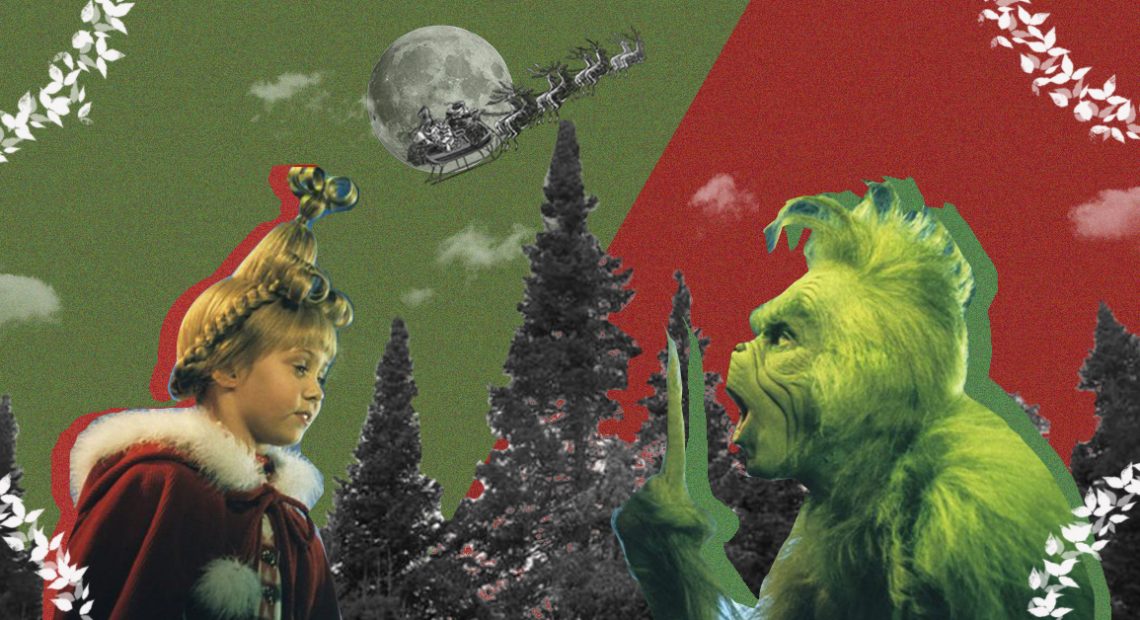 I don’t remember much about the holidays, and I have no amusing stories to tell.

There’s no memory of waiting until midnight to unwrap gifts collected under the Christmas tree—there’s no fake tree dressed in shimmering plastic garlands in the first place. I never went around the neighborhood with makeshift tambourines. We had no fancy noche buenas, and the whole household is asleep hours before the clock strikes 12. I can’t tell you of hours-long calls, holiday flings, and Christmas portraits, because there’s none. It’s just, as Stevie Wonder sings, another ordinary day.

I try to scour through my faulty memory as I search for potential gifts around a mall in Quezon City one Saturday morning.

Malls embody hell during the holiday season. People pour in these structures whose foundations are capitalist motives. Right now, there’s a sea of people sauntering around so slowly as if time is an illusion. If I could, I would have pushed every single person out of my way.

The noise is dizzying. It’s a melange of Christmas bells accentuating every song; the kitchen staff of a Japanese joint screaming their promo at the top of their lungs; children begging their parents for toys; and groups of teenagers breaking into the first line (sometimes the chorus) of IV of Spades’ “Mundo” when I pass by—there were at least five instances.

Call me the Grinch, but amid the cheerful noise and the sea of joyous people, all I can feel for the holidays is inconvenience.

As much as I want to find heartwarming memories of Christmas, my mind cannot offer an extremely joyous moment or any instance of yearning as every melancholic Christmas tune suggests. Call me the Grinch, but amid the cheerful noise and the sea of joyous people, all I can feel for the holidays is inconvenience.

It has always been this way.

When I was younger, I celebrated Christmas with wounded knees after my mom and I surfed through the crowded streets of Divisoria. In first grade, practices for Christmas party presentations meant less time for The Sims—call me whiny but that’s a major inconvenience in the era of Windows 95 where your screen time is limited and you have two brothers to share the computer with. As a working adult, I find the trouble in gift-giving.

I’ve always wanted to receive thoughtful gifts. My parents and relatives took the monetary route, so I never had the chance to unbox presents.

On my first year of work, I went out to buy my first set of gifts for my officemates. After all, I should give if I also want to receive.“In theory such gifts are voluntary but in fact they are given and repaid under obligation,” The Atlantic cites the French sociologist Marcel Mauss. We are social animals. And if gift-giving is a social ritual, isn’t it just right to expect something in return?

I picked tiny wooden frog guiro rasps just because they reminded me of my childhood. Two years later, the percussion instruments are collecting dust at home. I never gave them because of the anxiety that the recipient might not appreciate them at all. They say, it’s the thought that counts. Well, only if I thought of the receiver more than myself.

There’s a good feeling when you buy gifts for your friends. It’s a light feeling that I would even describe as euphoric or blissful. So, I bought more gifts for other friends.

Last year, I took that to heart when I shopped for gifts. I picked someone dear to me for the office Secret Santa. I wanted to be a good giver, so I gave him two things off his wish list: a roll of 35mm film and a pair of gloves. There’s a good feeling when you buy gifts for your friends. It’s a light feeling that I would even describe as euphoric or blissful. So, I bought more gifts for other friends.

When Monday arrived, I handed the gifts to my friends. They had big smiles on their faces, letting out a long “awwwww” and high-pitched “thank yous.” But you shouldn’t really expect gifts in return, no? Days passed by, I received tiny gifts but not the ones I wanted to receive. Suddenly, I realized the gifts I gave weren’t grounded in selfless love. It was, again, a self-indulgent act meant to validate my generosity (if it exists) and get some gifts as well.

It’s quite difficult to understand the dynamics of gift giving. When you give a gift, there is no guarantee that the receiver would appreciate the present.

In a sense, the gifts we choose are an extension of who we are and what we think of the recipient. This is perhaps why there is so much anxiety when we buy gifts. Would they genuinely like it? Or would they just put on a fake smile with a matching insincere “thank you?”  Do you think someone who doesn’t give a damn about fancy scented candles would appreciate a full-size Diptyque candle?

“Many people buy gifts that cost far more than the value the recipients assign to them,” professor Joel Waldfogel suggests.  On that note, I actually fancy a Diptyque candle for Christmas. Although cash gifts are deemed thoughtless, he argues that money might even be the perfect gift. Why? “Because the giver and the receiver value it in exactly the same way.”

But does it matter if the recipient likes the gift? Well, it does. But that’s not always the point of gift-giving.

We, and the capitalist holiday traditions we abide by, have turned gift giving into a sometimes too dreadful obligation.

“Much like the warm-glow effect, psychologists have argued that gift giving might benefit the giver more than the gift receiver, and result in important non-material emotional gains,” reads an article from The Atlantic. The author cites a study that suggests, money can buy you happiness when you spend it for other people. In a way, gift giving also lifts the holiday burden away from your shoulders. Giving gifts is a manner of saying, I’ve done my part. Now, it’s your turn.

At the end of the day and in reality, the inconvenience of Christmas comes from ourselves. We, and the capitalist holiday traditions we abide by, have turned gift giving into a sometimes too dreadful obligation. Even if I know I shouldn’t feel this way, I feel pressured to buy gifts when a friend tells me how she got me a useful gift. Or when my cousin shows me a bag she bought for me. Or when my older brothers ask my parents what they want for Christmas. I really want to be a source of holiday joy and give something and be happy as well, but today, I just want to shrug off that mindset.

As I walk around the mall faster than everyone else, I contemplate on whether I should give a generic gift or a handpicked gift for each friend. The crowd continues to grow. The lines at cashiers are too long. The noise becomes louder and louder. I want to puke. I’ll never get used to this. Christmas as we know it is just so inconvenient.